French drama Custody (original title Jusqu’à la garde) opens with mother Miriam (Léa Drucker) and father Antoine (Denis Ménochet) arguing over Antoine’s rights to see his two children. Initially there is a level of sympathy for Antoine, and an audience can question whether he is being unfairly maligned by a seemingly dislikable mother. I was […] 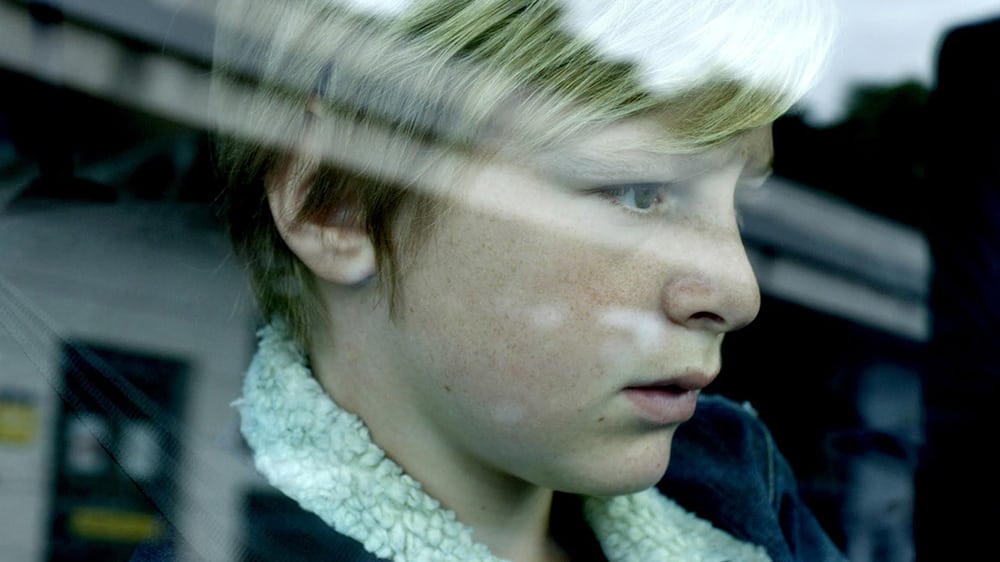 French drama Custody (original title Jusqu’à la garde) opens with mother Miriam (Léa Drucker) and father Antoine (Denis Ménochet) arguing over Antoine’s rights to see his two children. Initially there is a level of sympathy for Antoine, and an audience can question whether he is being unfairly maligned by a seemingly dislikable mother.

I was also reminded of the issues of tit for tat arguments in a family court between parents, with what is the truth being a matter of opinion (the most well-known example of this being what Woody Allen may or may not have done a matter of heated debate decades after the fact). The scene had a far greater verisimilutde to it than this year’s You Have No Idea How Much I Love You, and also only used the conceit as the grounding for a creeping, at points highly stressful drama.

The wool has been pulled over the judge’s eyes and Antoine’s true nature soon reveals itself, the remainder of director Xavier Legrand is a tense affair questioning what Antoine is capable of in his misguided attempts to win back his family. It can be stomach-churning to watch, with all parties paralysed by Antoine’s legal right to take away his nine-year-old son Julien (Thomas Gioria) every weekend.

The feeling of a child being nothing more than a pawn in a wider game is becoming of drama’s ranging from this year’s Loveless to Martin Scorsese’s Casino. It’s always frustrating to watch, but no film I’ve seen has matched Custody for showing how this parental back and forth can profoundly impact a family across generations.

Actor Denis Ménochet’s bear-like physicality and simmering rage can have an audience on edge whenever he is on screen (you may remember him playing a very different kind of father in the opening scene of Inglourious Basterds). There is a quiet tragedy to this family drama in that Antoine’s mere existence can cast a dark cloud over what should be some of Miriam, Julien, and 18-year-old daughter Joséphine’s (Mathilde Auneveux) happiest moments.

Some of the most gruelling of all the scenes come in interactions between Antoine and Julien. While it may be a little unbelievable that this man could father such a reed of a boy the power he has over him is flatly horrible. The case is made that no family court can really understand the abuse that might be going on under their noses.

While Julien fits into this story clearly, daughter Joséphine’s existence is a little more awkward. Her own relationship to her father is never made clear, and there are certain subplots hinted involving her that never really materialize. As a side note, her boyfriend’s hair is in strong competition for the most atrocious mane ever committed to celluloid.

In sum this is a film that utilizes good performances and an authentic realism to drive home the horrors of a family held hostage by a father driven by a misplaced sense of injustice and uncontrollable rage. There are no easy answers, other than a parent’s right to see their children isn’t always that clear-cut.