Veteran filmmaker Clint Eastwood has had one of the most enduring careers in the history of Hollywood, both behind and in front of the camera. Now on his eighth decade in the business, the 4 times Oscar-winner is still averaging a film a year even in the midst a global crisis. While his more recent […] 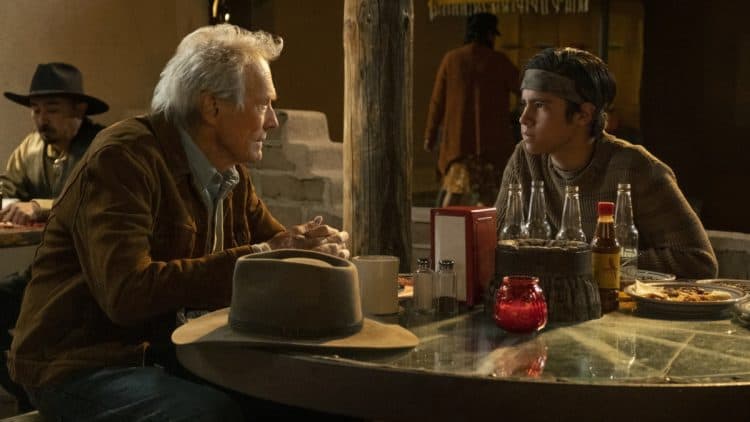 Veteran filmmaker Clint Eastwood has had one of the most enduring careers in the history of Hollywood, both behind and in front of the camera. Now on his eighth decade in the business, the 4 times Oscar-winner is still averaging a film a year even in the midst a global crisis. While his more recent output hasn’t always been met with the critical praise he’s been accustomed to – who could forget the truly baffling 15:17 to Paris – his films are still able to commend an audience of adoring fans willing to forgive the odd misfire.

Misfires aside, it was nevertheless refreshing to see somewhat of a return to form for the legendary actor-turned-director with the release of his multi-award nominated 2019 drama Richard Jewell which finally catapulted Paul Walter Hauser (I, Tonya) from his usual supporting roles to real film stardom. Sadly though, Eastwood’s latest film is a far cry from its predecessor, and as much as it pains me to say it, is perhaps one of his worst to date.

Adapted from N. Richard Nash’s 1975 novel of the same name, Cry Macho has existed in one form or another since the late seventies with Eastwood even turning down the role in 1988 as he felt too young for the role, offering it instead to Robert Mitchum.That particular project sadly never saw the light of day and the idea was eventually shelved until recently.

Mexico 1975, Eastwood is Mike Milo, a once celebrate rodeo champion who is hired by his old boss to bring his teenage son Rafo (Eduardo Minett) back from Mexico where he has been kept away from him by his mother. Arriving in Mexico, Mike meets the boy’s mother Leta (Fernanda Urrejola) who warns him that her son has turned to a life of crime and that he’s neither the first, nor will he be the last man to try to take him away from her. Mike eventually convinces the boy to come with him, but the duo are pursued along the border by Leta’s henchmen who are determined to stop them from crossing to the US. The unlikely pair faces a challenging journey, eventually forming a lasting bond and making new friends along the way.

There is undeniably something strangely nostalgic about the film, and to some extent one desperately wants it to work. However, even if one is willing to ignore the wincingly problematic and caricatural representation of Mexico in the 70s, the film’s biggest problem here is its lack of plausibility. Perhaps the most jarring of all its aspects through, is seeing a visibly frail Eastwood paired up with a love interest decades younger than him.

Cry Macho works best when Eastwood falls back on what he knows best, and playing the taciturn loner is undeniably his forte and always will be. Some of the film’s most touching moments are also the ones where Mike is seen interacting with his young companion. Sadly though these moments are few and far between, and in the end there isn’t really much here in a way of a plot to hold the story together. Still, it’s not all bad, as Ben Davis’ sumptuous cinematography goes some way into salvaging the film in parts, but tonally Cry Macho feels terribly dated, messy and more than a little rough around the edges.

Quite aside from the film’s wincingly cringeworthy representation of Mexico and its people, perhaps the most jarring of all it aspects reside in Eastwood’s unwillingness to accept his own sale by date as a rugged leading man. Great direction, shame about the casting.