By Michael McNulty Boy, Taika Waititi’s sophomore feature, before collaboration with Jermaine Clement on What We Do in the Shadows secured him as co-creator of the best vampire mockumentary of all time and last year’s success with Hunt for the Wilderpeople put him at the helm of Marvel’s latest Thor instalment, is a coming of […] 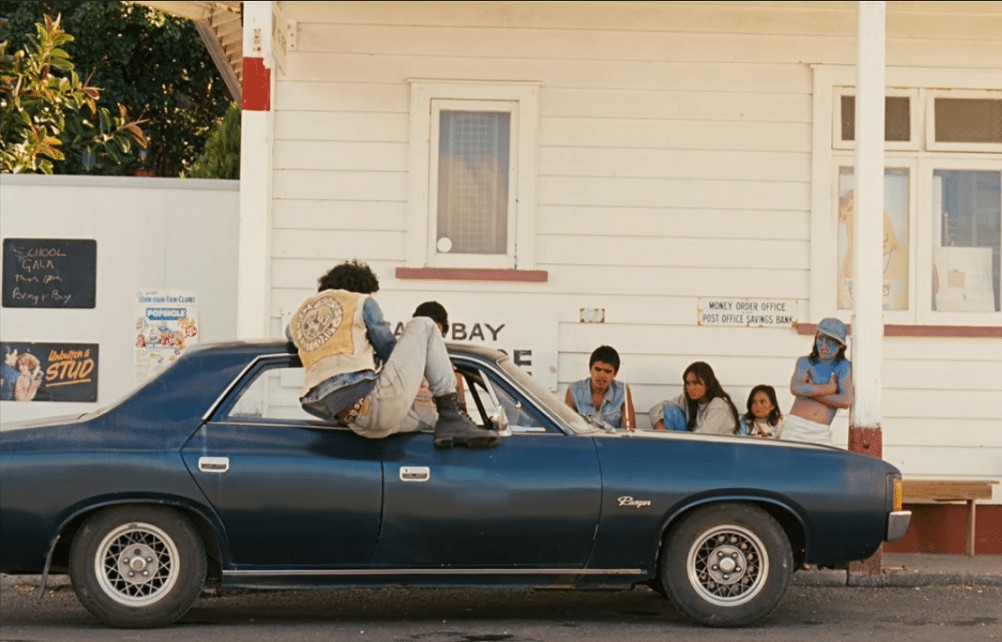 Boy, Taika Waititi’s sophomore feature, before collaboration with Jermaine Clement on What We Do in the Shadows secured him as co-creator of the best vampire mockumentary of all time and last year’s success with Hunt for the Wilderpeople put him at the helm of Marvel’s latest Thor instalment, is a coming of age story as playful and funny as it is tender and sad.

Set in the tribal lands of the Te Whanau-A-Apanui, in the Bay of Plenty, Boy centres on a spirited young Maori lad who goes by the name of Boy (James Rolleston).  A quick fire introduction briefs us on Boy’s world.  The year is 1984, Michael Jackson’s thriller has dropped and he is the best singer and dancer in the world.  Boy lives at home with his Nan and cousins, his pet goat, Leaf and his younger brother, Rocky (Te Aho Eketone-Whitu), who thinks he has superpowers, but doesn’t, in a rundown, but well-kept house.  His friends are brother and sister, Dallas and Dynasty, who do some gardening for their Dad.  Aunt Gracey (Rachel House) has a monopoly on the town’s jobs working as the tennis instructor, postal officer, bus driver and general store manager.

This is a small coastal town community, set amidst the beauty and grandeur of New Zealand’s breath taking landscape and for the children who inhabit it, not yet bubbling with anxious anticipation for the bigger things of life, it is their whole world.  Waititi keeps the adults at a distance, reflecting the reality of this community, that children are left to navigate their childhood alone.

When Nan has to leave for a funeral it is Boy who is left in charge to mind the kids, a responsibility he is clearly well practiced in.  Just as soon as Nan has gone, a beat up Valiant pulls into the driveway and in the driver’s seat is Alamein (Taika Waititi), Boy’s father, returned from a stint in prison.  With him are his two dim-witted cronies who together form one of the world’s smallest gangs, The Crazy Horses.  Boy worships his father, a man who he colourfully paints as an adventurer, a top rugby player and a samurai and is thrilled by his return.  But, Alamein is not back to take up his role as father and has instead returned to dig up some loot he buried before he went in.

Alamein comes with all the energy and pomp of a try hard teen, awkwardly desperate to be cool and funny and popular, anything, but a Dad it feels.  He shucks off his father’s title, asking instead to be called Shogun, refers to Boy as “bro” and offers him sips of beer as he sit in a makeshift throne in the shed, smoking fat spliffs.  Boy’s big brown eyes watch in adornment as he is captivate by all that is his father in only the way a young boy can be and much of the films laughs come from this dynamic.  But, they are bittersweet and Waititi tugs at the heartstrings as you watch Alamein make his son dig endless holes in search of his loot and hope for a substantial relationship between the two to form, all the while knowing it never will.

As with Hunt for the Wilderpeople, Boy has a Wes Anderson feel to it, both thematically and stylistically.  It examines dysfunction within the family and the search for a male role model in the father.  And like Anderson’s films, for many Boy may come across as too slight and quirky (the film cuts to a number of short animated sequences and fabulous imagination inspired set pieces) never concerning itself with the true weight of its subject matter.  However, it is in its fantastical and playfulness that Boy really comes together as film and makes Boy’s crossover from the unrestrained world of a child to the honest reality of an adults’ all the more intense and real.

Part of Boy’s charm comes from the performances of James Rolleston and Te Aho Eketone-Whitu.  They are wholly unselfconscious and fully believable, played with the right measures of cheek and yearning.  Te Aho Eketone-Whitu’s Rocky, who blames his “powers” for the death of his mother (she died during his birth), excels as the sensitively soulful counterpoint to the more audacious Boy.

Waititi has crafted an affecting film out of a tried and tested narrative.  He has injected it with his own charm and wit and the bittersweet flavour it leaves in your mouth is one to savour.

Boy is out in cinemas on 13th October and available on digital download on 27th October.