On July 5th 1980, Björn Borg, the “Ice Man” of Sweden and the world’s highest ranked tennis player at the time, walked out onto the Centre Court of Wimbledon, hoping to win his fifth consecutive title at the All England Club. An edgy excitement arose from the crowd, yet somehow the Swede remained calm & […] 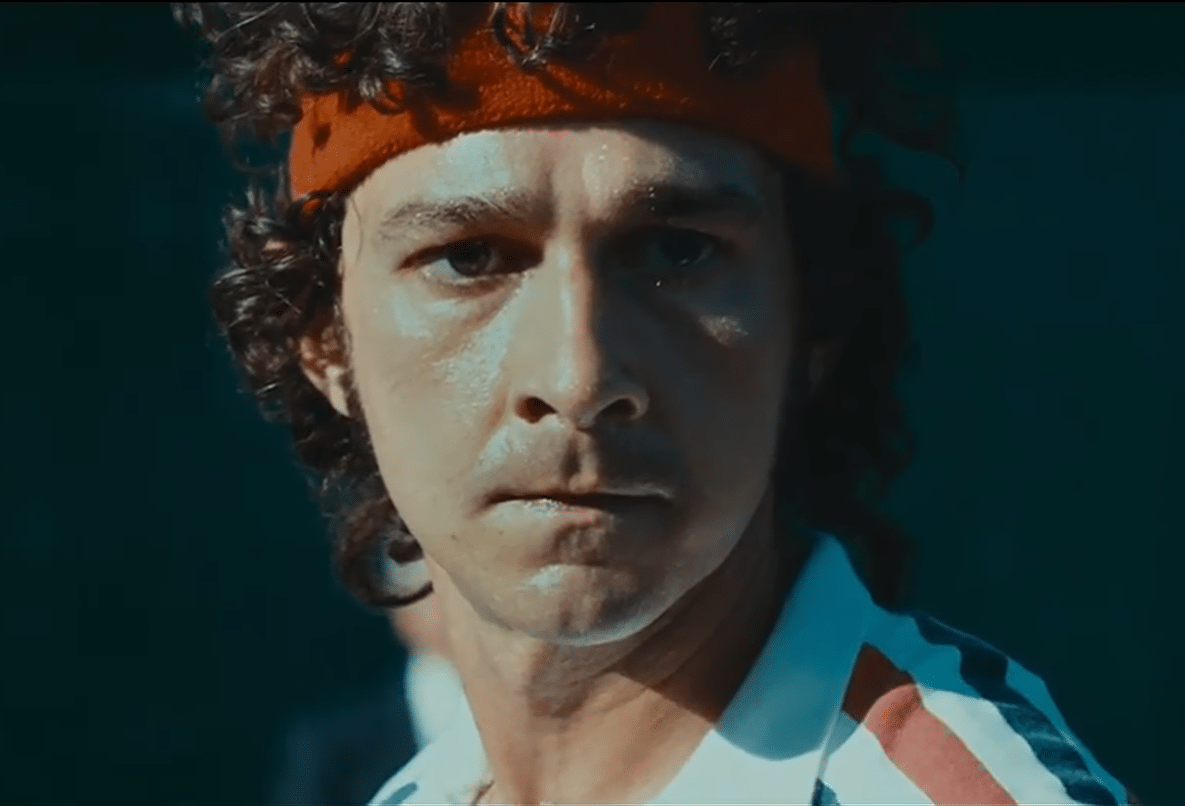 On July 5th 1980, Björn Borg, the “Ice Man” of Sweden and the world’s highest ranked tennis player at the time, walked out onto the Centre Court of Wimbledon, hoping to win his fifth consecutive title at the All England Club. An edgy excitement arose from the crowd, yet somehow the Swede remained calm & collected as he strode onto the grass, his mind focused solely on the task at hand. The only obstacle standing is his way was John McEnroe, the notoriously confrontational US “Superbrat”.

For fans of the sport, that showdown remains a defining moment in the history of the men’s game, and to his credit, director Janus Metz crafts a thunderously energetic final act here, which condenses the clash down to an extended 20-minute sequence that plays out as a fierce battle of wills between two unstoppable titans.

The journey to that point, however, is about as enjoyable as one would imagine being force-fed a bowl of rotting strawberries swimming in a vat of soured cream would be. Rather than constructing the narrative around the match, Metz concentrates much of his focus on Borg (Sverrir Gudnason) and McEnroe’s (Shia LaBeouf) individual paths to the final, Ronnie Sandahl’s script heavily diluted with inane, and seemingly pointless flashbacks to the supposedly pivotal moments in their respective pasts that helped the two players prepare for the epic meeting that was to follow.

Gudnason & LaBeouf each look the part, and their commanding performances are both honest and authentic, but they fail to detract from the fact there is no real jeopardy to the set-up here. Metz is obviously striving to emulate the tone of Ron Howard’s much-revered F1 drama Rush, but his subjects don’t share the same merciless rivalry when their off the court that James Hunt and Niki Lauda did when they were off the track.

Adhering to a primitive biographical structure, Metz holds only a broad focus on both Borg and McEnroe, never showing a deeper curiosity in either character and displaying absolutely no interest in exploring the significant contrasts in their approach and their technique; indeed, the glossy visual palette appears to be the only real area that ever benefits from the creative concerns of the director. The power of that conclusive set piece may be something of a winner, but this is a film that serves its audience far too many faults to ever truly deserve our cheers.

Borg vs McEnroe is released on Friday 22nd September.