Stephen Frost is the founder of Frost Included, a company that has encouraged inclusion and diversity in the corporate world for companies including BP, McDonald’s and Microsoft. He’s now turning his decades of experience to addressing gender, race and sexuality disparities in the entertainment industry, working with production companies such as Kudos, known for Eastern Promises, Spooks and […] 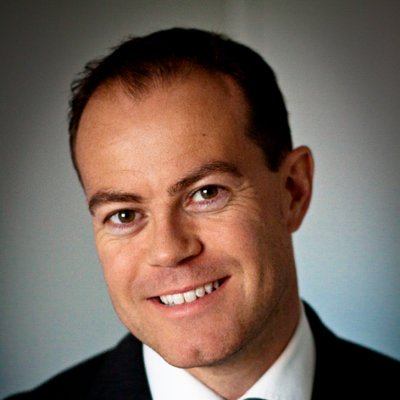 Stephen Frost is the founder of Frost Included, a company that has encouraged inclusion and diversity in the corporate world for companies including BP, McDonald’s and Microsoft. He’s now turning his decades of experience to addressing gender, race and sexuality disparities in the entertainment industry, working with production companies such as Kudos, known for Eastern Promises, Spooks and currently the Netflix show Troy: Fall of a City.

Frost talks to Christopher Marchant about how the ‘whitewashing’ of history may be doing people of colour a disservice, how diverse representation can elevate the industry as a whole, and how quotas can do more harm than good.

While on a press tour for the upcoming film Cold Pursuit, Liam Neeson grabbed the headlines for highly controversial reasons; admitting that decades ago his response to hearing someone he knew had been raped by a person of colour he ‘‘went up and down areas with a cosh, hoping some ‘black bastard’ would come out of a pub and have a go at me about something. So that I could… kill him.’’

While a clearly shocking revelation, views were divided on whether Neeson had signalled a request for repentance or had simply perpetuated racist stereotypes by his comments. Frost says of Neeson’s past behaviour: “What Liam articulated is not an isolated opinion of one white male actor but indicative of many private views held by many more white men.  Whilst we may understandably be horrified when confronted with the reality of his words, the challenge is to see them as the starting point for a conversation to challenge racism in all its forms.  By all means condemn them, but also realise that we wont challenge racism through denial but through dialogue.”

This need for dialogue is core to Frost’s approach, that reforming a corporate environment is about honestly changing and challenging the views of a majority and increasing employment opportunities for minority groups. This view also relates to Frost’s approach to homophily, defined as the likelihood of people to associate with others who share their interests and identifiers.

For Frost, this natural social phenomenon can become a real issue if not addressed in the workplace: “If you are a successful straight white guy who loves fast cars and red wine, you’re probably going to have among your closest friends and closest colleagues in the industry people who share some or all of those things. If you don’t have counter mechanisms to access people who are very different from you, you would not necessarily have them inform your decision making perspective on the world.”

Frost gives a classic example of when a lack of diversity can lead to embarrassing mistakes for a production company; in 2015 ITN included clips of Ainsley Harriot in a news report of Lenny Henry receiving a knighthood.

“If you imagined who was in the TV production studio that night probably not many people of colour. This lack of diversity can lead to very sub-optimal decision making and mistakes like that which in a creative industry can be quite excruciating”, says Frost.

By Frost’s own admission, the film industry is more challenging than other businesses he has worked with, due to its informal, contacts driven nature. On its underside this set-up fostered decades of abuse ultimately challenged by the #MeToo reckoning: “Because of that little black book it’s about networking. That does mean who you know is more important in that industry than others.

“For example, the lack of transparency or consistency around recruitment. There is potential towards discrimination for who you’re biased towards against who you know.”

On a more positive note: “This can also be an upside in this being an industry that can move faster and more creatively, not hindered by bureaucracy. The film industry is more extreme either way, it can be much worse and much better than other sectors in this area.”, says Frost.

An increasingly common response to a lack of diversity at production companies has been to create ‘diverse only’ shortlists, and deal with issues of an overt number of white male employees by simply not employing any more.

For someone like Frost, who is a white male and gay, he is able to see this issue from both an identifier of ongoing unequal influence and one facing longstanding issues of discrimination. When it comes to quotas, he is also able to give an example from his own life about why they have made him unhappy about their use in the film industry: “I got into Harvard, which was a big deal for me, and I wasn’t available for scholarships because I am white, even though I come from a very modest working class background. Some of my black colleagues were sons of wealthy princes in Ghana and got financial aid. I think it’s crude, and as such can be problematic and backfire.

“I know plenty of companies that have these schemes for ‘diverse people’, but it doesn’t change who the power brokers, the movers and shakers really are. Do not let the majority off the hook because actually it is their behaviour that will ultimately have to change the culture of the industry.”

Another topic hotly debated in the film industry is the use of actors who are not transgender, known as cisgender, playing transgender characters. One one side is the argument that the practice minimalises authenticity, on the other is that actors are merely playing roles as is their obligation.

Frost sees the practice as a stopgap measure: “This is a controversy that goes back to white actors in blackface, using it to mock and play intensely crude racial stereotypes. It is this history that overshadows all debate on the subject.

“Generally speaking, I do think this mimicry is sub-optimal because it is inauthentic. However at the moment I think there is a judgement call to be made about whether the effect is net positive or not.

Priscilla, Queen of the Desert is one of my all time favourite films. Clearly, that would fail the test applied in terms of historical analysis [with the cisgender Terrence Stamp playing a transgender character] but I think on balance the film does more good than harm. Not only is it an awesome film, it’s one of Australia’s biggest exports in what can be quite a traditionally macho country. I think really moved the country on, cemented by it being celebrated in the 2000 Sydney Olympics.”

The debate over authenticity plays itself into historical biopics. A scene in Darkest Hour with Winston Churchill speaking to a black British character was described as “all so rosy and multiculti” in Variety, while the white actor Gerard Depardieu faced criticism from the Council of Black Associations of France for playing the mixed race Alexandre Dumas in the eponymous 2010 film.

Frost sees allegations of tokenism in biopics as the reverse of what needs to be done: “Let’s look at the counterfactual, for instance when the Royal Shakespeare Company use a brilliant black actor [Paapa Essiedu] to play Hamlet. A historically white character, a critically acclaimed performance.

“Look at the Depardieu example of a white guy playing a black guy. I think the reason it’s not equivalent is because clearly the power dynamic is such that black people have been historically marginalised in roles. It can’t just be a quid pro quo but I think it needs to be a contexualised decision.”

In terms of the supposed authenticity of these performances: “If you look at a lot of historical drama, it’s one of the whitest genres. But if we look at our history there were black people in Victorian England. That’s not being token, that’s being historically accurate. We need to check what our notion of historical accuracy is. We had black people in Shakespearean times.

“I have had conversations with erudite Oxbridge scholars working in drama who actually weren’t aware of that fact that there were people of colour in Victorian England. Further examples can be found in Troy, which I have been involved with as part of my work with Kudos. That one also comes down to the creative license of the director and the crew.”

What Frost has come away with in the film industry is a desire for change to be as organic as possible, and that over regulation of the issue does little to positively change the minds of the majority and may even cause the opposite effect. A genuine desire for diversity and inclusion has to come from a place of both creative change and a wide array of people behind the camera, to break the homophily that can lead to flawed or homogenous storytelling.