By Stephen Mayne @finalreel On cursory inspection, the new film from French-Canadian wunderkind Xavier Dolan, the sixth already from a man not due to turn 28 until next month, is a distant proposition. It seems sterile and forbidding, full of stagey artifice, which is not necessarily a surprise given it’s an adaptation of Jean-Luc Lagarce’s […] 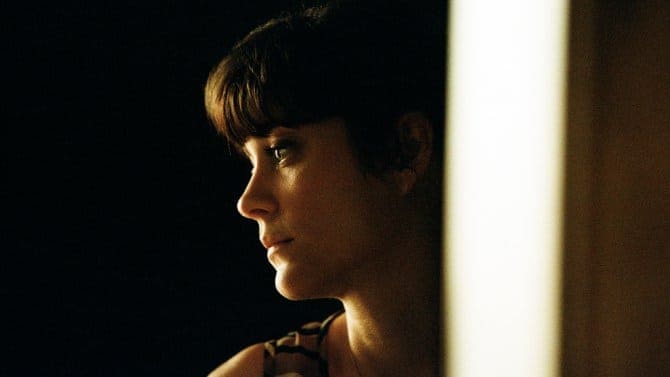 On cursory inspection, the new film from French-Canadian wunderkind Xavier Dolan, the sixth already from a man not due to turn 28 until next month, is a distant proposition. It seems sterile and forbidding, full of stagey artifice, which is not necessarily a surprise given it’s an adaptation of Jean-Luc Lagarce’s play of the same name. And it is all these things, only very deliberately so to achieve an even greater impact.

The premise is simple as Louis (Gaspard Ulliel), a 34-year-old gay playwright, returns home to the family he hasn’t seen for 12 years. He comes to tell them he’s dying, a difficult message to deliver even before taking into account the fraught state of his relationship with a collection of people held at arm’s length for over a decade. Intricate plotting is not the centerpiece here, the convoluted mess of Louis’ family life taking over instead.

He arrives to a family he barely knows. He doesn’t remember his sister Suzanne (Léa Seydoux) who’s grown beyond recognition, nor does he have the slightest idea what his brother Antoine (Vincent Cassel) does for a living. He hadn’t even met Antoine’s wife Catherine (Marion Cotillard). At least his mother Martine (Nathalie Baye) is a constant of sorts, but too much time has passed for them to understand each other anymore.

There’s a theatrical feeling to much of the film as characters engage in wordy conversations and explosive outbursts. Dolan enhances this by shooting numerous close-ups, magnifying the smallest of movements just as a stage actor would to convey messages from afar. He also employs other tricks, fading Louis out on a number of occasions to follow into flashbacks of artistic grandeur.

All of which sits uneasily beside the real state of his family relations. Louis is a playwright and he’s trying to write out his own ending, but he’s repeatedly dragged back into the lives of those he’s tried to forget. He came for nostalgia, showing undue interest in their old family home, but no one will let him float easily through his horrible task.

Instead, Dolan gives us a collection of astonishingly well-drawn characters, all chipping away at Louis’ cold façade. Suzanne is a lost child craving escape and unsure she’s allowed it. Antoine on the other hand is angry and resentful, nurturing insecurity until it overwhelms him. Catherine is dragged into this, stuttering and faltering in the most basic of conversations. In a film of universally strong performances, it’s Cotillard’s transformation that impresses the most. Only Martine emerges from her demons, and then simply to prompt her successful son into saving the rest of the family.

In the end it’s all too much. Louis can’t reconcile what he came to do, and how he came to do it, with the reality of the family he’s long since given up. It’s Only the End of the World is a hard watch at first, remote and heavily stylised, until dysfunction breaks loose from purposeful shackles into a profoundly moving drama.

It’s Only The End of the World is on general release from Friday 24th February.