By Leslie Byron Pitt I’m sure some will consider me a philistine for my dislike for We Are the Flesh. Some may perhaps consider me a wuss. Indoctrinated on too main mainstream cinema to deal with the more shocking aspects of Emiliano Rocha Minter’s transgressive art film. It’s clear that We Are the Flesh is […] 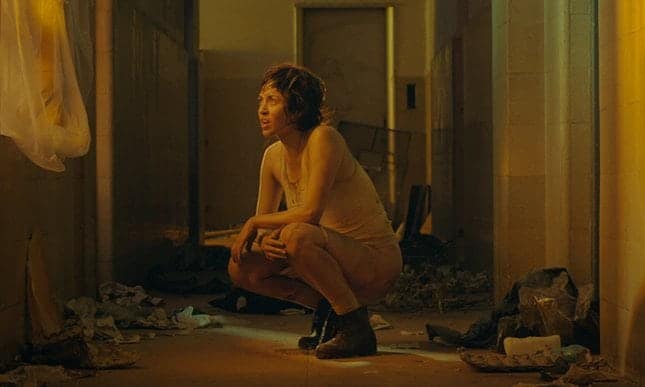 I’m sure some will consider me a philistine for my dislike for We Are the Flesh. Some may perhaps consider me a wuss. Indoctrinated on too main mainstream cinema to deal with the more shocking aspects of Emiliano Rocha Minter’s transgressive art film. It’s clear that We Are the Flesh is looking to push boundaries and borders and arouse reaction within a viewer. Even if they are ones of disgust. I, however, found myself bored and frustrated with the whole endeavour. Make no mistake, I’m sure there are many who will baulk at the sight of a girl menstruating on her brother for sexual gratification. Indeed, this film isn’t for them. That said if you are going out of your way to alarm viewers, it would be nice for the film to be somewhat engaging.

After wandering a now hostile environment for years, a brother and sister find themselves forced to engage in incest and ritual slaughter for a deranged middle-aged man in exchange for food and shelter. If you are expecting more to the film’s actual story, don’t. Minter’s film uses this as a springboard to inflict a theatre of cruelty, in which endurance appears to be the name of the game up until it’s sextastic climax and pedestrian twist ending. Those who were already turned off by the menstruation act mentioned in the first paragraph, will perhaps not dig any further into any deeper meaning to the film. Those who can look past the bloodletting could find themselves either stimulated/frustrated by a film which feels all very emperor’s new clothes once we reach its final moments.

This is really a film for “those in the know”. Deeper knowledge of the art the film subscribes will perhaps bring forth more profound emotions. To the likes of this writer, it’s easy to find We Are the Flesh sometimes weird, but not too memorable. Often primal and/or bestial, but not that engaging. In a film like this, the cast will in no doubt give it their all, however, the film has little in the way of connective tissue to make anything particularly worthwhile. If not deeply invested in artistic subdivisions that We Are the Flesh is connected to, the film feels no more than a collection of “shock vignettes” that aren’t too shocking to those who have dipped their toes into pools of depravity before. For me, the film could give me all the shots of genitals and gore till the cows come home. Unfortunately, it never really added up to anything revealing. At least it was short.

Extras: Arrow give you a strong range of extras including a 30-minute video essay that will help explain what the themes of the film. There’s also short films and interviews with the cast.

We Are The Flesh is on DVD from Monday 20th February.