By Emma Silverthorn @HouseOf_Gazelle Director Bryn Higgins and writer Joe Fisher’s tale, (adapted from Ray Robinson’s novel of the same name), of a young woman’s struggle with epilepsy and a less than salubrious background is in many ways admirable. It is beautifully shot, features some interesting relationship dynamics and focuses on an neurological disorder that […] 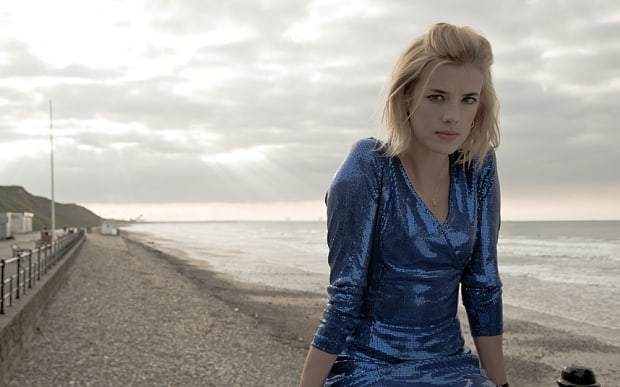 Director Bryn Higgins and writer Joe Fisher’s tale, (adapted from Ray Robinson’s novel of the same name), of a young woman’s struggle with epilepsy and a less than salubrious background is in many ways admirable. It is beautifully shot, features some interesting relationship dynamics and focuses on an neurological disorder that rarely receives creative coverage however the occasionally hackneyed script and not entirely convincing performance from lead Agyness Deyn lets the film down somewhat. More convincing and appealing than protagonist Lily (Deyn) were her two wayward brothers, Mikey and Barry. Paul Anderson is especially good as louche professional gambler Barry O’Connor. And Christian Cooke’s portrayal of brother Mikey O’Connor is particularly strong in a later scene where he appears high, self-destructive and paranoid lashing out at his little sister.

It is after an unexpected windfall, from their dead mother, (a mother who possibly caused Lily’s epilepsy, by throwing her down the stairs as a baby), that Lily attempts to reconnect with her brothers. Though much of the focus of the film is on the theme of disconnection, both between the three siblings, and for Lily, between her ‘normal’ self and her self during, and for the days, following her seizures. Much of the visual beauty of the film comes from the impressionistic and pyrotechnic portrayal of these fits. Lily in voiceover describes the oncoming fit as being like a surge of electricity starting in her brain and then running through her body. These scenes of Lily floating, (sometimes alone, sometimes with her brothers), under the influence of the seizure utilises a lot of stop-motion camera work, vivid blurring of colour and sparking of light. On an aesthetic level the scenes are gorgeous and maybe because it’s supermodel Deyn, and Deyn wearing either a silver or electric blue sequinned dress at that, it did bring to mind a high-fashion shoot or a very well done perfume ad. That is not meant to diminish these episodes, they are creatively interesting and brought to mind Wong Kar-Wai and Christopher Doyle’s work but there is a certain glamour to them and it will be interesting to see the reaction to the film from real life sufferers of epilepsy. This glamour however is masterfully undercut by the sound and sight of Lily’s various falls; onto the pavement, on the tube, out of an ambulance and finally, most viscerally face down in a nightclub.

Following these bursts of ‘electricity’ Lily can lose days at a time, total or partial black outs placing her in a frightening and vulnerable position. But if Lily, like a Shakespearean character, were to have a key downfall it would be not exactly her disorder but rather her personal naivety. Unusual parental-like figures aware of her epilepsy but also seeming attuned to her guilelessness swarm to her aid in the form of arcade owner Al (Tom Georgeson) and successful yet lonely London professional Mel (Leonara Critchlow). This sense of Lily’s openness and trust despite the hardships of her life is emphasised throughout, yet she is also depicted as a tough and brave young woman, something like a modern day, Lancashire-born, Eliza Doolittle.

This characterization however doesn’t always work; the attempt at emotive voiceover detailing Lily’s inner monologue sometimes falling short. Fisher’s script seems to aim for poetry but in places feels a little vapid. Lily describes the feeling of forming a friendship with good Samaritan Mel as being like ‘a brick in my stomach turning into a flower’, the fit of epilepsy she says comes over her like a wave and after a fit she says she feels like a ghost. Thesesimiles didn’t quite work for me though it’s hard to say if this is the fault of the script or Deyn’s delivery. Either way the point felt like it was being spelled out too clearly, Lily becoming a caricature at points, the film becoming a little too self-consciously arty at others. Some of these issues perhaps come from the trickiness of adapting a novel into a feature film.

Despite these critiques however, overall Electricity is an engaging and visually arresting portrait of a disorder and of dysfunctional family dynamics and the shifts between social realism and dreamy-hallucinations work well. The punk-y soundtrack and Lily’s eccentric wardrobe of Technicolor furry jackets, bright leggings and aforementioned sequinned dresses are an added bonus too!

Electricity is on general release from Friday December 12th 2014.