When Mike Dean blew the final whistle on life at the Boleyn Ground the thought at the back of everyone’s mind was that irrespective of finance or form, life as a West Ham fan was about to irreversibly change. For some that feeling had set in long before Winston Reid scored the last ever goal […] 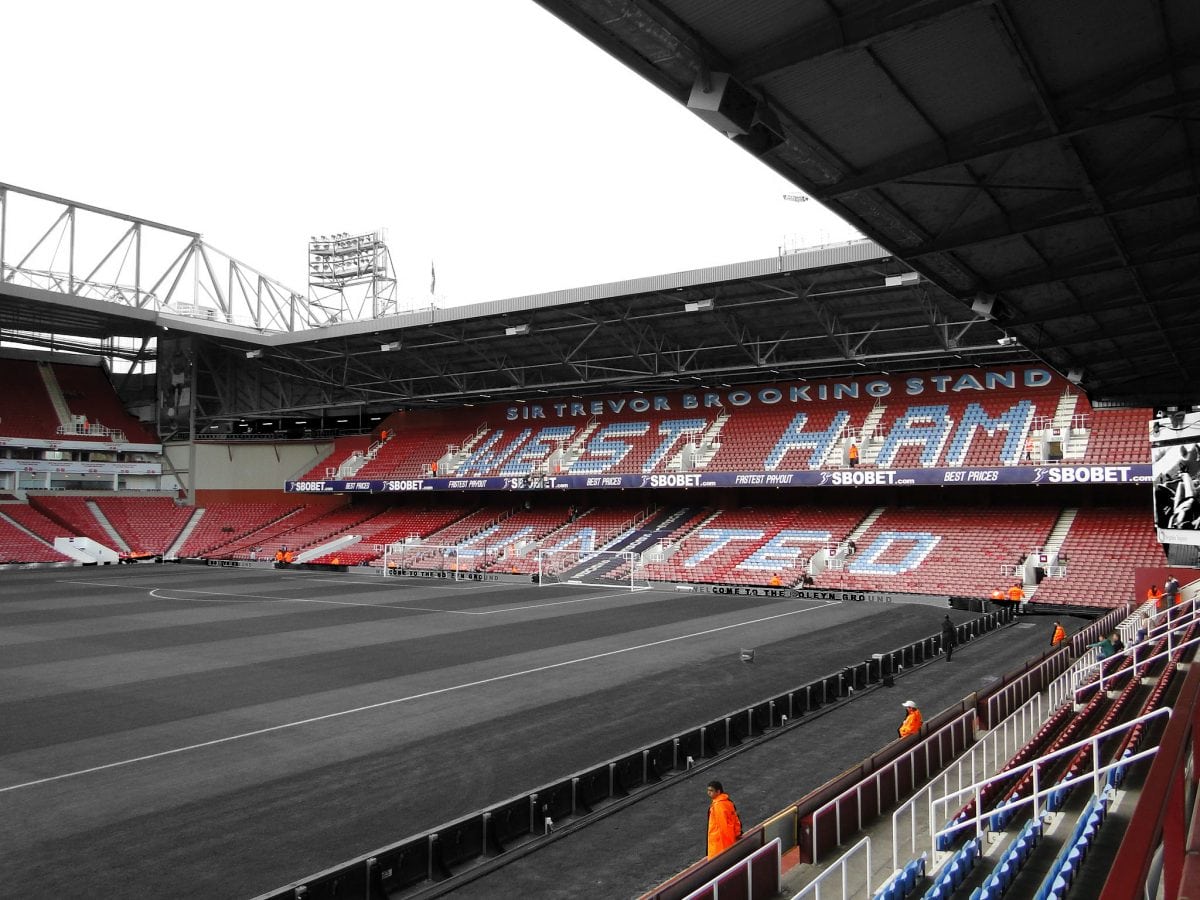 When Mike Dean blew the final whistle on life at the Boleyn Ground the thought at the back of everyone’s mind was that irrespective of finance or form, life as a West Ham fan was about to irreversibly change.

For some that feeling had set in long before Winston Reid scored the last ever goal and the sound of fireworks reverberated across the historic terraces. Mabel, a 100 year-old fan who has been a life-long supporter had woke up that morning in tears. “We can’t leave it behind darling”, she pleaded to her son, but emotion holds no weight in the boardroom. The price to leave had been agreed on purely financial terms.

Financial terms for whom, of course, is a complex matter in modern day football. Talk to the fanzine seller on match day or the pubs, pie and mash shops and market stalls that have served as independent community outlets for decades and they will speak less highly of a deal moving 35,000 people’s worth of match day traffic away. Speak to the billionaire board or the chain restaurants lining the newly built Stratford regeneration park and they may speak more favourably. But therein lies the problem. Football clubs across the country have become victims of their owners over the past few years, but it is particularly pronounced in the East End of London where Leyton Orient are in danger of collapsing after 136 years thanks to financial mismanagement under the hands of Francesco Becchetti. South of the river Charlton have also suffered years of toil under the management of Roland Duchatelet, who infamously ‘dictated’ team selection and tried to explain the concept of 4-4-2 formation to former manager Chris Powell. Even non-league fans at Clapton FC staged a walk out over concerns with their owners – is nothing sacred?

It all makes the release of Iron Men  – a docufilm on the relocation of West Ham United – rather poignant. The film tells the story of this tumultuous and historical transfer through the voices of club captain and local boy Mark Noble, the manager Slaven Bilic, Hollywood actor Ray Winstone, fans, local traders and, to add balance, the owners David Gold, David Sullivan and Karren Brady. For outsiders it is a fascinating insight into East End communities and the role a football club plays in shaping them, for West Ham supporters it is an evocative and at times tear-jerking look back on history. As a man who is generally anti-stadium moves – many of which are profiteering ventures that serve the club but not the community – this is a painful account of a living and breathing community that has had the heart ripped from it. The East End was built on a personality, and it is hard to believe that such values can be replicated four miles down the road – after all, they’re not as trade-able as bricks and mortar. But the film also gives an insight into what is expected of modern Premier League football outfits, where ambitious clubs have to build to compete. For some that means pulling up roots and moving elsewhere, which always feels uncomfortable in the interim while the uncertainty of the future looms.

Iron Men is an honest and at times painful reflection of life in the East End after the Boleyn. In a part of the world where football grounds act like temples in the community you can’t help feel uneasy about what the future holds. As Karen Brady remarked in the film, “it’s their home, and it’s a huge responsibility to take that away from them”. Indeed Karen. Indeed.