By Leslie Byron Pitt/@Afrofilmviewer A recreational documentary in a similar vein to The Arbour (2010) or Dreams of a Life (2011), Notes on Blindness details us of the grand upheaval taken of famed academic John Hull as he loses his sight days after the birth of his first son. Directors James Spinney, Peter Middleton carefully […] 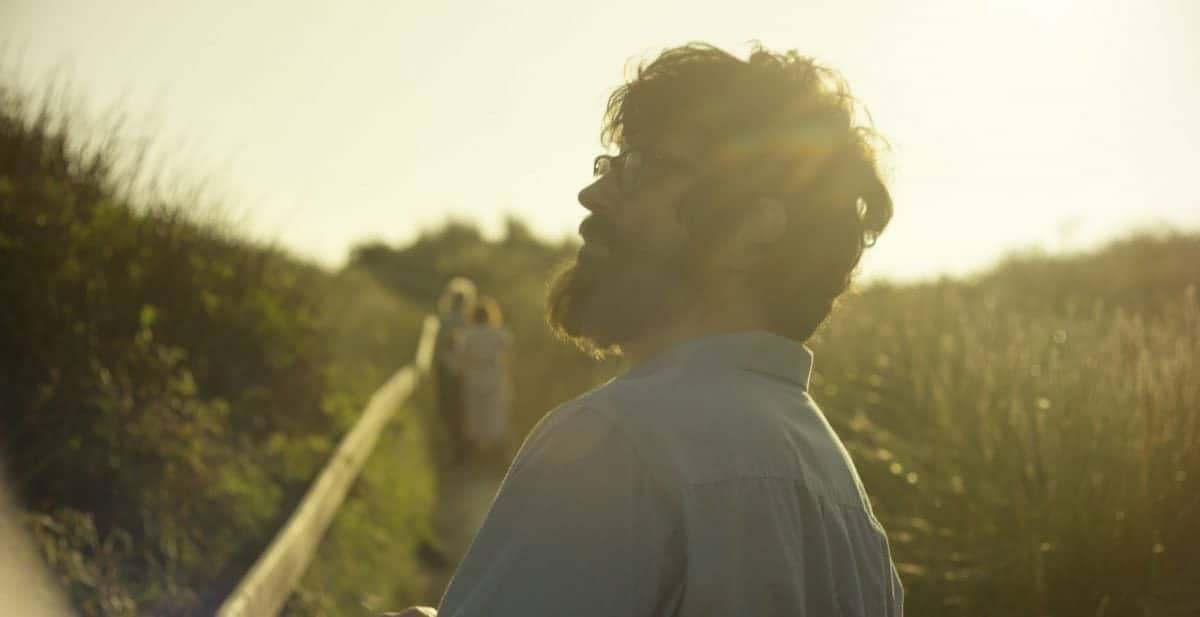 A recreational documentary in a similar vein to The Arbour (2010) or Dreams of a Life (2011), Notes on Blindness details us of the grand upheaval taken of famed academic John Hull as he loses his sight days after the birth of his first son. Directors James Spinney, Peter Middleton carefully craft a delicate series of vignettes in which we are informed of Hull’s frank dealings with losing his sight. We trace Hull recruiting a team of readers to record audio readings of the books needed for him to continue his teaching. We see how an ill-fated trip back to his homeland of Australia leads him to lose part of himself, as his unable to trace his past since he can no longer ascertain the present visually. The film also informs us on how his closest relationships slowly change due to his loss of sight.
First and foremost, this is a film about preservation. The film is re-enacted by actors who lip-sync over Hull’s recordings of the 80’s up until 2015 when the film was completed. Hull’s recorded musings on his loss of sight is an act of safeguarding that establishes just how easily we take our senses for granted. We take our recording of visual information for granted, therefore it’s remarkable to observe how someone who is losing this sense looks to retain some semblance of balance. Hull tells of how his loss of sight begins to affect his memory of his family and his past. His recordings (with wonderfully rich cinematography from Gerry Floyd) become a way of retaining this information, the way that Hull would have seen it. We’re then led to the second theme of the film: a sense of self. Hull’s narration of his loss of sight also debates his own definition of himself. His loss of sight is similar a memory deterioration. To crudely paraphrase, we see, therefore we are. Hull’s description of his loss sight reminds us just how much our eyes build our personality. With our eyes, we infer and find meaning. We gain definition. Hull’s blindness almost causes an erasure of such a thing. A tragic reuniting with his father highlights this. We may not know what another person is thinking, but at least Body language gives us leeway. Now Hull cannot even rely on this; he never gets hold of his now significantly altered relationship with his father. The effect is quietly devastating.

As a film, which is mostly about the loss of sight, the sense of sound becomes a thing of utmost importance. The disc as four different options in which to view or hear the film, and it’s clear to see why. Rain patters on the ground. A cool wind bristles tall grass restlessly. As Hull narrates how he adapts to his condition, we realise just how important these sounds become. How sounds bring forth familiarity. How one can still retain a sense of self.

Notes on Blindness is a well-realised piece. The directors smartly frame the cast in such a way, that we too, experience things in a similar way to Hull. Eyelines are removed as to fragment the definition of people Hull interacts with. Using John Hull’s narration as its lead, the film guides us into the world of a great thinker, who struggles to reaffirm himself as the person he once was. There’s a strong case that John Hull’s notes would perhaps be even stronger if it wasn’t a film and created as a purely audio experience. Yet James Spinney, Peter Middleton do good work here. Notes on Blindness allows us to not only to delve into the mind of a great thinker, but allowed us to share empathy for his way of life.

Notes on Blindness is out now on DVD