Review by Leslie Byron Pitt/@Afrofilmviewer Ten minutes into Level Up, you can already feel the threads unravel from its tapestry. Anyone with a toe in the waters of pop culture can already see the similarities of Level Up with recent feature Nerve (2016). In fact, the film doesn’t feel too dissimilar from half-forgotten Shia LaBeouf […] 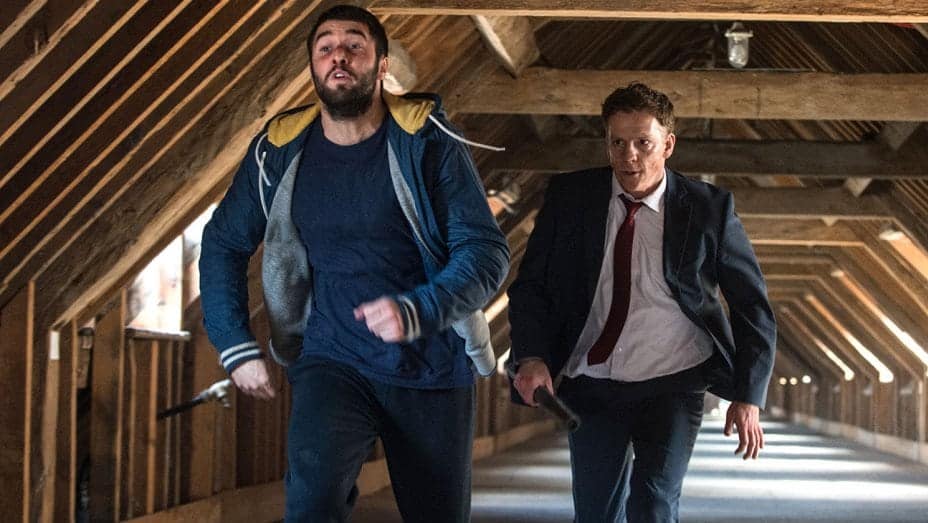 Ten minutes into Level Up, you can already feel the threads unravel from its tapestry. Anyone with a toe in the waters of pop culture can already see the similarities of Level Up with recent feature Nerve (2016). In fact, the film doesn’t feel too dissimilar from half-forgotten Shia LaBeouf vehicle Eagle Eye (2008), while the film’s overall redemptive lessons learnt lie in the same bed as David Fincher’s The Game (1997). This isn’t a negative aspect per say, as while the film breeds an over familiarity to anyone who watches too many movies, it doesn’t stop Level Up from being a relatively fun piece of frivolous entertainment. It’s not setting any cinematic benchmarks. It just wants to ensure you keep your arse on the sofa for 80 minutes.

Level Up mostly succeeds in its aims. Mostly because it keeps things simple. Unemployed slacker Matt (Josh Bowman) is more interested in school night drinking, video games and YouTube than applying himself, much to his girlfriend; Anna’s (Leila Mimmack) dismay. One day after she leaves for work, Adam is suddenly forced by masked hoodlums to complete a set of tasks if he ever wants to see Anna alive again. Don’t look for too much else here. Director Adam Randall and writer Gary Young keep things quite lean, despite some obvious digs at younger Millennials semi-permanent stasis of arrested development.
Level Up starts to lay it’s thick, simple moralising pretty quickly. The tasks that Matt receives, soon start to have a moral slant. Dare he partake in some lust? Can he unleash his hidden wrath? Everything is all clearly signposted here. It’s clear to where everyone’s motives lie. Randall’s debut feature isn’t really about muddying the waters. The film’s goal is pretty clear from the title alone, with the film coming across like strange mesh of Grand Theft Auto and early Fincher. From an action standpoint, Randall has a decent hold on things. The film runs at a decent pace until it takes a wrong turn midway during a drug den sequence. Level Up then loses its balance slightly and never truly regains its momentum.

There’s still enough to enjoy from this debut. Cinematographer Eben Bolter gives the visuals a good amount of gloss, the set pieces are well constructed and the performances from the main cast are enjoyable to watch. Structurally Level Up may be a tad obvious for those who enjoy such thrillers, but there’s enough flavour in the ingredients to stop things from tasting stale.
Extras: While everything found in the extras is mostly quite fluffy, it is good to see a small British feature have the income and time to place a decent number of extras on the disc. The talks with the crew may not really get into the nitty-gritty of filmmaking, but that doesn’t matter too much as it’s nice enough to get a decent amount of filmmaking coverage for such a genre flick.

Level Up is released on DVD 19th September