Review By Leslie Byron Pitt As the United Kingdom almost begrudgingly trudges towards Brexit and certain political parties seem hell bent on eating each other alive, my second viewing of High-Rise has firmly confirmed that it’s one of the best films of the year. Ben Wheatley’s adaptation of 70’s civilisation falling afoul to modernisation and […] 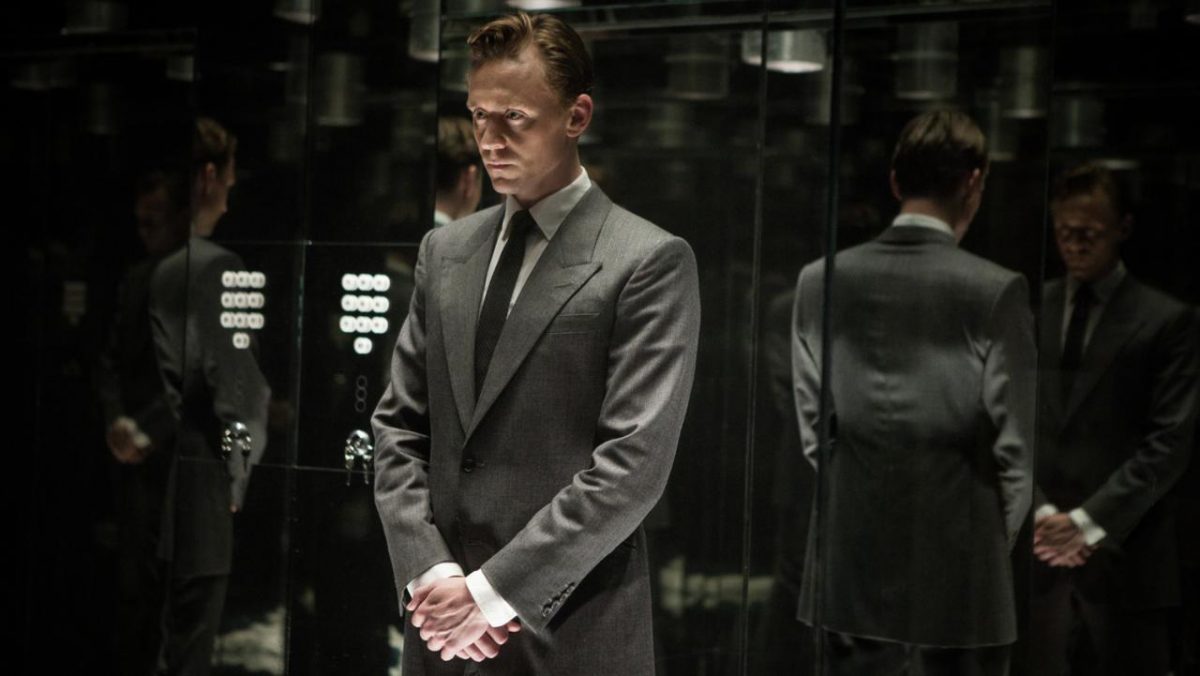 As the United Kingdom almost begrudgingly trudges towards Brexit and certain political parties seem hell bent on eating each other alive, my second viewing of High-Rise has firmly confirmed that it’s one of the best films of the year. Ben Wheatley’s adaptation of 70’s civilisation falling afoul to modernisation and rampant capitalism is not as cutting as J.G Ballard’s original novel, but it’s a wry cynical take of Ballard’s work. Managing to be a darkly funny, morbidly surreal effort, which also appears to acutely highlight the beginnings of modern life’s foibles.

Wheatley’s fifth film once again exhibits a director who seems to lock into the repressed psyche of the British psyche. If his film, Sightseers (2012) played out like a grotesque version of Nuts in May (1976), mining the nightmarish landscape of “middle England” to its murderous peak, then High-Rise may be the closest thing to A Clockwork Orange (1971) that a Brit has made since Kubrick became an honorary one. A hallucinatory freefall into the primal nature, that we Brits love to pretend we keep at bay with that shallow veneer of the “stiff upper lip”.

The new High-Rise apartment is considered a “crucible of change”. A multi-functioning hub for Britain’s up and coming “new” wealthy. Filled with modern conveniences and chic design, the inhabitants need not want for anything as their every whim is catered for. Why would one leave such luxury? Why indeed. Soon the residents become more and more isolated and disinterested in the outside world and fall prey to their own base desires. Petty grievances escalate and soon rivalries and factions grown between the floors. The more well off take hold of the higher floors, while the less fortunate occupy the lower levels.

What begins to form is a class divide which despite its 70’s setting, feels only too real for us in the present.

“If you lower people overload the system. They’ll be cuts!” – utters a dismissive landlord as the High Rise’s commodities begin to fail. This is despite the fact that everyone in the building allegedly pays the same amount. Too often the film’s lines sound so close to the bone.

Wheatley’s ability to trap us inside this disintegrating, disharmonious prison of primal urges is as fiendish as it is fascinating to look at. Together with his long-term collaborators Amy Jump (wife and screenwriter) and Laurie Rose (cinematographer) Wheatley’s depiction of Ballard’s words is gorgeous to observe, yet holds a fermenting sense of ugliness from the very start. Be it the brutalist architecture that looms large over its ant-like inhabitants to the film’s composition and camera movement which often helps anchor the character’s regression. Note how often we watch movement pushing from right to left, often going against how we usually view action progressing.

This is Wheatley’s best-looking feature. Building upon what he and Rose have created in the past to create an uneasy abyss of garishly glossy decoration often marred in pitch black shadow. Many images are angular and purposely jagged, giving the images shuddering anxiousness. As does the score, which slips from confrontational into distressing. I’m not sure I will find a more haunting cover of Abba’s S.O.S.

If there’s anything to make things more disturbing, it will be the performances. From Tom Hiddlestone’s slow, almost casual decent into disconnection, to Luke Evan’s towering performance as the unbridled and primitive “filmmaker”; Richard Wilder. Sienna Miller continues a solid run of form as the sultry Charlotte Melville, while Elizabeth Moss once again highlights her uncanny ability to make falling apart seem like child’s play. Only this time with an English accent.

Wheatley’s film is not only a return to form from his bizarre and distancing experiment A Field in England (2013), but it plays out as a cinematic representation of Marina Abramovic’s recent performance art, or even an update of Jane Elliott’s eye colour experiment. Ballard may still hold more acidity, however, Wheatley’s adaptation is a brutal reminder of how easy we can be entrapped into a place which makes everything a possession, and how our desires of materialistic and the carnal can reduce us to the simplistic and primal beasts we try and hide with our so-called civility.

High-Rise is out on DVD and Blu-Ray now