By Linda Marric @linda_marric Kelly Reichardt’s films are beautifully crafted poetic pieces feature unusual stories about unusual people. By her own admission, her films are “glimpses of people passing through”. Reichardt’s painstakingly long takes and repetitive quotidian scenes are what makes her productions into masterpieces of modern cinema. The Night Moves’ director is back with […] 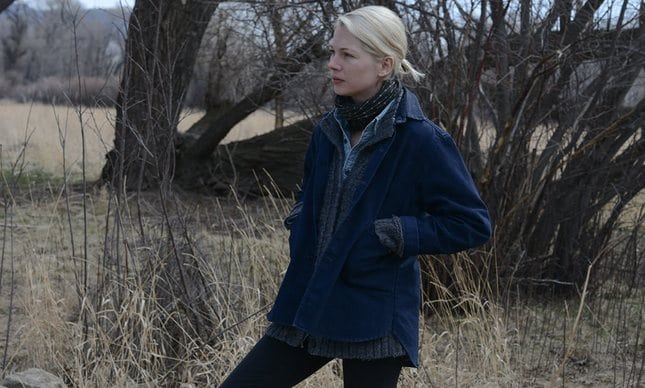 Kelly Reichardt’s films are beautifully crafted poetic pieces feature unusual stories about unusual people. By her own admission, her films are “glimpses of people passing through”. Reichardt’s painstakingly long takes and repetitive quotidian scenes are what makes her productions into masterpieces of modern cinema. The Night Moves’ director is back with another understated study of rural America with the critically acclaimed Certain Women. The film, which won Best Film at last year’s London Film Festival is perhaps her most mainstream movie to date.

Adapted from three different short stories by Maile Meloy, Certain Women is a brilliant character study into the lives of three very different women living in Livingston, Montana. Lawyer Laura (Laura Dern) is called away from a secret tryst with her married lover Ryan (James LeGros) to help defend a local manual worker named Fuller (Jared Harris), who after suffering a workplace injury becomes involved in a lengthy court case with his former employers. Despite being advised time and time again by Laura that he has no case, Fuller persists on pursuing his claim until he is informed by Laura’s male colleague that he would lose the case, which he finally seems to accept. Fuller then takes the law into his own hands, and things take a turn for the ridiculous when Laura is forced to get involved in his plan. Dern’s brilliant turn as an exasperated yet sympathetic listener is not only convincing, but also very funny. Every “woe is me” complaint from Harris is met by a hilarious sigh and roll of the eye from her, making this chapter into perhaps the most lighthearted of the three.

The second chapter reveals Ryan to be married to Gina (Michelle Williams), a woman driven by a one track mind and a willingness to brush away the sorrow surrounding her relationship with her husband. The dialogue between the couple is sparse and, at times, abrupt, this which adds an air of tension to an otherwise banal existence. The couple, along with their teenage daughter, are camping near a plot of land on which they plan to build a new house. On their way back to the city, the couple visit Albert (Rene Auberjonois), an elderly family friend who seems to be suffering from dementia. Gina gets him to agree to give the couple the pile of unused sandstone on his property to help with the build. Williams, on her third outing in a Kelly Reichardt movie, is solemn and taciturn, her ability to convey genuine feelings of emptiness and despair is what makes her into one of the best actors of her generation.

The third section is perhaps the most sedate, but is nevertheless the most emotionally charged of the three. It features newcomer Lily Gladstone as an unnamed native American rancher; cut off from society for most of the year, she performs her daily chores with meticulous attention to detail. She lives her life on a day to day basis until she happens upon a class on education law at her local community college taught by Elizabeth (Kristen Stewart), a law school graduate who commutes back and forth to the city. As the weeks go by, the rancher and the law student form an unlikely friendship, exchanging late night meals and chats. Gladtone is magnificently expressive, her depiction of innocent wonderment, added to feelings of longing are the source of much of the rightful hype surrounding the film. Stewart, who appears to be going from strength to strength as the indie actress du jour, is brilliantly understated and thoroughly convincing.

Certain Women offers a refreshing look at America from the people who understand it the most. Reichardt’s brilliant use of beautiful landscapes and sedate dialogue are what makes it into one of the best films to come out this year. Aided by an inspired cast, the film is sure to delight all those in search for something different.

Certain Women is on general release from Friday March 3rd.