“Time doesn’t matter when you’re in love.” In Pawel Pawlikowski’s skilfully assured Cannes Competition feature Cold War, however, the passing of time matters greatly. We can see the initial yearnings of an attraction from the moment Wiktor (Tomasz Kot) and Zula (Joanna Kulig) first meet. He’s a composer, travelling around Poland in the hope of […] 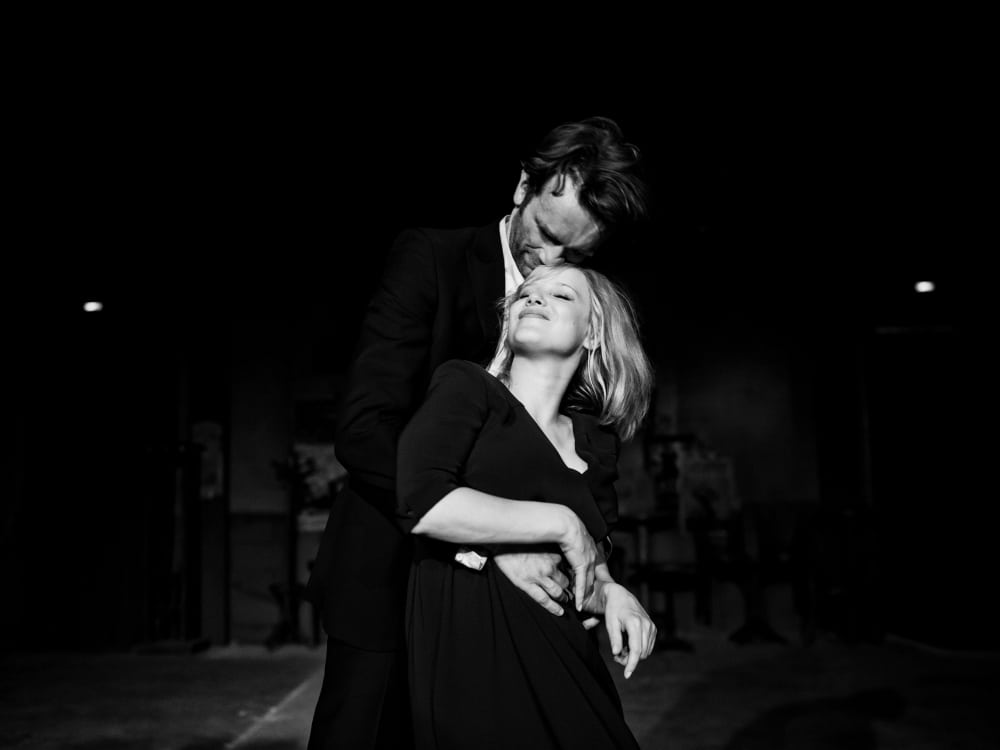 We can see the initial yearnings of an attraction from the moment Wiktor (Tomasz Kot) and Zula (Joanna Kulig) first meet. He’s a composer, travelling around Poland in the hope of bringing together a troupe of folk musicians to perform authentic Polish song & dance in venues across the country, and beyond. She’s a singer, with a vulnerable beauty and a spirited confidence. She’s also, in the eyes of Wiktor – and indeed the audience – something of an enigma. Rumour has it she once went to jail for stabbing her father. When quizzed about it, she dryly responds, “He mistook me for my mother, so I showed him the difference”.

That first fateful encounter takes place in 1949. The war may be over, but its pain is still felt. And now, with the coming of the Cold War, there looks to be a new threat on the horizon. For Wiktor & Zula though, this is all just noise. Their desire for each other is at times a force more combustible than any bomb. Their love, however, is something far more complex; it’s a conflict in itself, and as the years slowly pass, the connection becomes evermore fractured. Pawlikowski traces the relationship in short, sharp bursts. Though the film runs for only 84 minutes, the span and the scope of the narrative is akin to that of an epic – beginning in ’49, and ending in 1964.

While there’s a striking economy to his storytelling – many scenes flashing by in a blur of longing looks and clipped exchanges – Pawlikowski’s artistry is remarkably rich. As with his previous picture, 2013’s Ida, Cold War is shot in Academy-ratio monochrome, the muted colour and confined frame deftly accentuating the drama.

There’s a rhythmic, bluesy sadness to this saga of fated romance; echoes of the aching bond shared by Catherine Deneuve & Nino Castelnuovo in Jacques Demy’s Umbrellas of Cherbourg. Music plays a significant role in both Wiktor & Zula’s lives, as a catalyst that has the power to bring them together, and as a distraction that pushes them apart. A notable highlight is a moment of euphoric catharsis in a Parisian nightclub, played out to Bill Haley’s ‘Rock Around The Clock’.

It would be easy to project any number of meanings onto Pawlikowski’s canvas. This is a story of freedom & expression, and of our need to follow our own individual path in life. Spectacular performances from Tomasz Kot and Joanna Kulig anchor the emotions beautifully, but their chemistry also instils an air of comfort and sincerity that contrasts with the more austere tonal shifts. Cold War may be a film that’s cool to the touch, but there’s also a tender warmth to this tale of star-crossed lovers.

Keep Up To Date With Our Cannes 2018 Coverage
https://www.thelondoneconomic.com/film/cannes-2018-image-book-first-look-review/13/05/