“It’s good to look at life again, through another lens,” we’re told about halfway through The Eyes of Orson Welles, Mark Cousins’ swooning love letter to one of cinema’s greatest pioneers. Many will know Welles most prominently for his iconic screen roles – as newspaper tycoon Charles Foster Kane in Citizen Kane, or Harry Lime […] 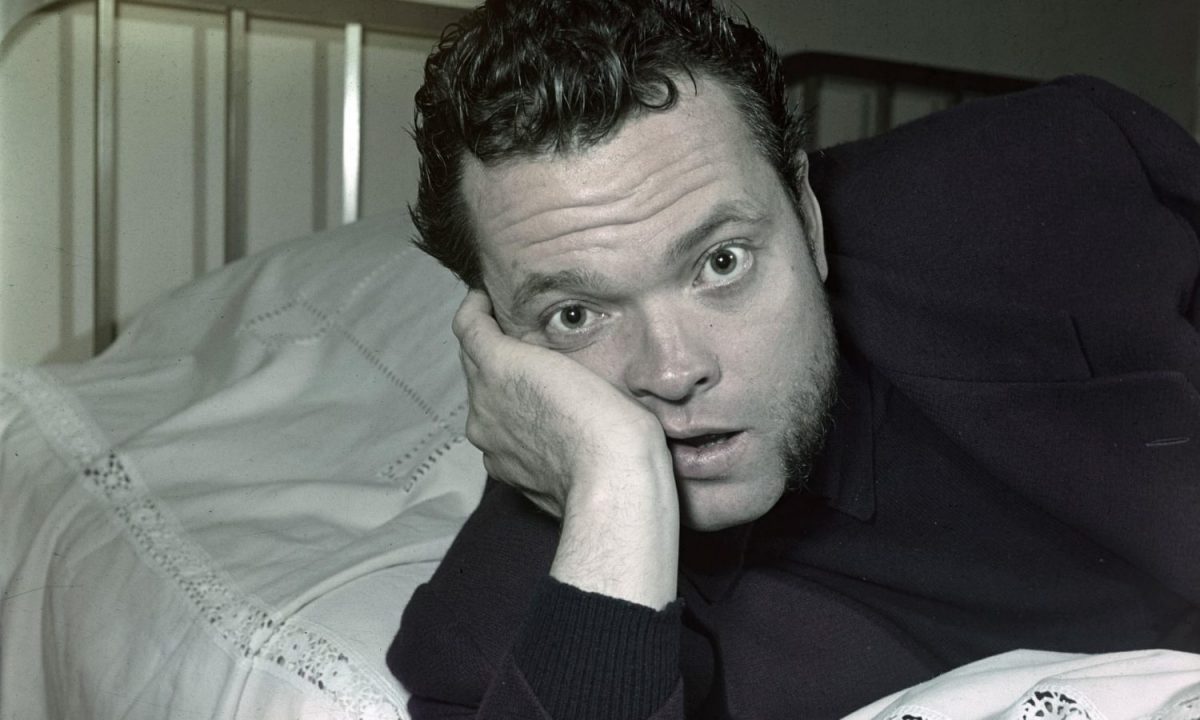 “It’s good to look at life again, through another lens,” we’re told about halfway through The Eyes of Orson Welles, Mark Cousins’ swooning love letter to one of cinema’s greatest pioneers. Many will know Welles most prominently for his iconic screen roles – as newspaper tycoon Charles Foster Kane in Citizen Kane, or Harry Lime in The Third Man. While others will recognise his pioneering work behind the camera – the ‘Hall of Mirrors’ sequence in The Lady from Shanghai, or the long-take tracking shot that opens Touch of Evil. He will, in the memories of many, always be considered an unparalleled cinematic visionary. Only a few, however, will know of him also for being a prolific painter and drawer.

I meet Mark the morning after the Cannes premiere of his new documentary, and begin by asking him about the drawings that inspired him to make the film. Graciously, he allows me to hold one. It’s a small sketch, no bigger than the size of a postcard, showing the silhouette of a drunken Santa Claus, complete with pixelated eyes; the only traces of colour coming from the grey background, and a red dot to denote the drinker’s nose. “An image like that connects you with a number of aspects of Welles’ work,” Cousins tells me, “I can see an energy in them, a life force and an intimacy.”

Welles drew perhaps over 1000 of these little artworks over the course of his life, and a selection of them, I’m informed, will be put on display as part of an exhibition during this year’s Edinburgh Festival. Later on he shows me an assortment of illustrations Welles produced while in Ireland, many of them portraits; some bursting with details, others abstract and impressionistic. “We think of [Welles] as a colossus, a really larger-than-life figure. And sometimes that’s off-putting to people,” Cousins remarks as he shows them to me, “but if you look at these little, intimate images, it suddenly gives you access.”

Split into a number of chapters, Cousins pivots his film around a letter written by him to Welles in the modern day, recounting different stories, and explaining how, in the contemporary age, “life has become more visual”. Often while speaking in the film, the director returns to the same photo of Welles, a somewhat playful image of him laying across a bed and staring into the camera; wide-eyed and curious, as if he’s hanging on every word spoken. The poet Jean Cocteau once described Welles as being a “giant with the face of a child,” and it’s clear that Cousins is very taken with that description. “There’s a slight sense, specifically among younger generations, that [Welles] was this hulking, bearded old grandfather figure,” he explains, “and by choosing [a still] from the earlier part of his life, we were able to tease out this less familiar, childlike quality in him.”

From the outset, it’s clear that Cousins has a great adoration for his subject, speaking both to him and about him with a sparkling enthusiasm. When I ask what it was that he ultimately wanted to achieve by making the film, he refers me to a quote by French filmmaker Robert Bresson, “make visible what, without you, might perhaps never have been seen.” “In this film what I tried to do is show that Orson Welles could be a great man in one aspect,” he explains, referring to his belief in education, his support of feminism, and his stand-up against racism, “and in another aspect be not so admirable at all.”

Indeed, one of the film’s finest qualities is its ability to celebrate Welles legacy, without ever gushing over him. When I ask Cousins about what changed before and after making the film, with regards to his preconceptions of Welles, he tells me “he’s more violently, internally contradictory than I thought,” in reference to his nature, but also his work, going on to explain that by the end of the process his favourite Welles film, Chimes at Midnight, had been usurped by his divisive adaptation of Shakespeare’s Macbeth, “it’s his most elemental film, the literal contrasts between the black and the white, the roughness, and the violence.”

Throughout the film too, Cousins muses upon what Welles would have done had he been alive today, which turned my attention onto the ‘other’ Welles film we all assumed would be debuting in Cannes this year, the completed version of his unfinished opus The Other Side of the Wind, which was – we presume – set to play at the festival before Netflix opted to withdraw from Cannes after being refused access to the Official Competition.

When he introduced his film at the Cannes premiere, Cousins stated “if it’s aesthetically of the big screen it should be seen on the big screen”. With that in mind, I asked him what his thoughts were concerning the apparent stalemate between the streaming giant and the festival. “It doesn’t need to be a tug of war,” he states, “Netflix are good people that love & believe in cinema. However, there’s a slight danger of hubris in the way they control where their films are showing, and how they are being shown. It can’t be either/or.”

“Remember where we define the birth of cinema,” he goes on, “not from the first moving images, it’s from the first moment of projection.” He concludes, “for me cinema is bigger than life, it is the first magnified art form in the world, and the psychic impact of that will never go away.”

The London Economic would like to thank Mark Cousins for taking the time to speak to us. The Eyes of Orson Welles will be released in the UK later in the year

Forget the ‘Hummus Crisis’, why not make your own?