He also tries to physically fight Covid-19 and asks "what's more dangerous, the virus or the Democrats?" 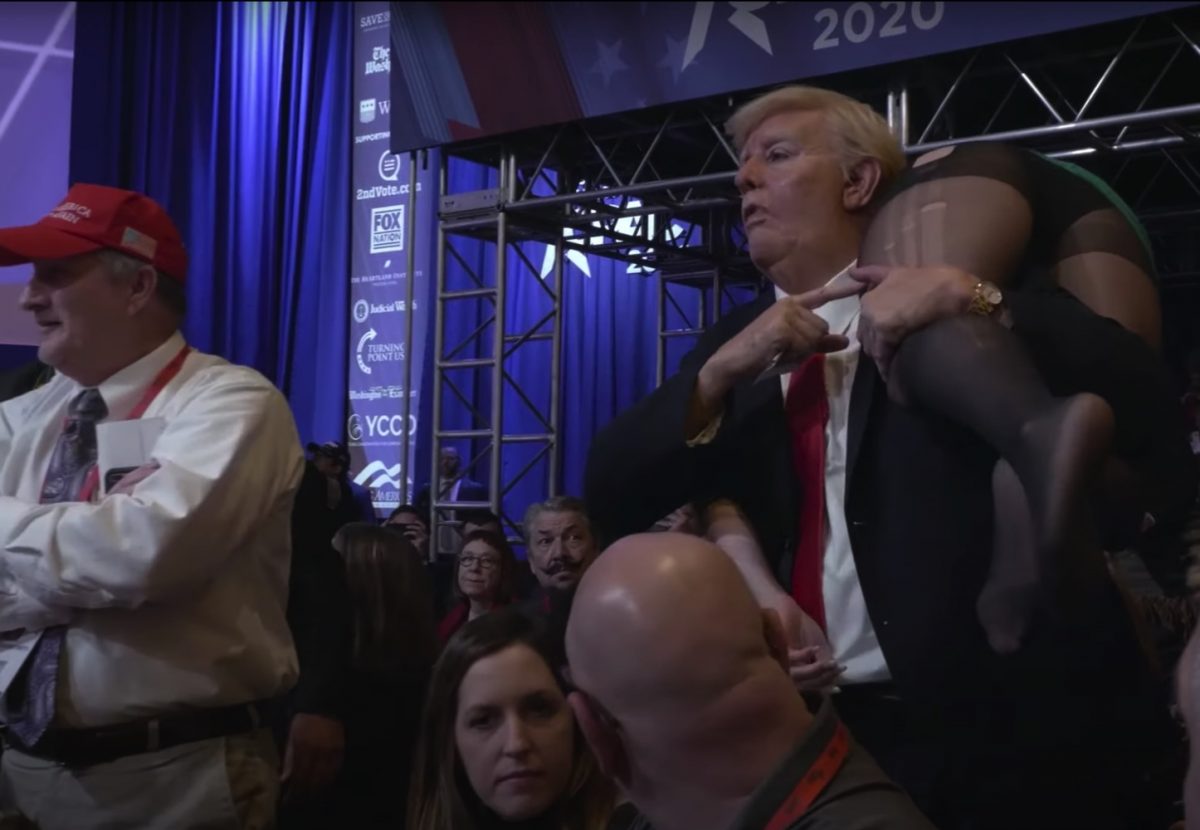 The trailer for the new Borat movie, dubbed ‘Subsequent Moviefilm’, has been released – and it looks like another rocky ride is in store for American conservatives.

Following on from the first movie, officially titled Borat: Cultural Learnings of America for Make Benefit Glorious Nation of Kazakhstan, Sacha Baron Cohen’s satirical character ups sticks again and heads for the land of the free, this time with his daughter in tow.

With a mission to marry her off to someone “close to the throne” in the Oval Office, he socialises with rednecks and crashes the Conservative Political Action Conference (CPAC) to parade her in front of top brass such as ‘Michael Penis’, or Mike Pence as he’s more commonly known.

Dressed as Donald Trump he throws his daughter over his shoulder to get his attention, a stunt the vice president seems less than happy about.

The coronavis also features prominently in the movie, with Borat sporting a face mask mankini in the trailers.

He is also seen physically fighting the virus and asks two Republicans what is more dangerous, “the virus or the Democrats?”

Watch the new trailer in full below for their answer: