By Jim Mackney Known for his distinctive visual and narrative style, Wes Anderson has produced some of greatest films to have graced our screens over the past decade. The American has a vast array of accolades under his belt despite his relative youth, suggesting there is still a lot more to come from the esteemed film […] 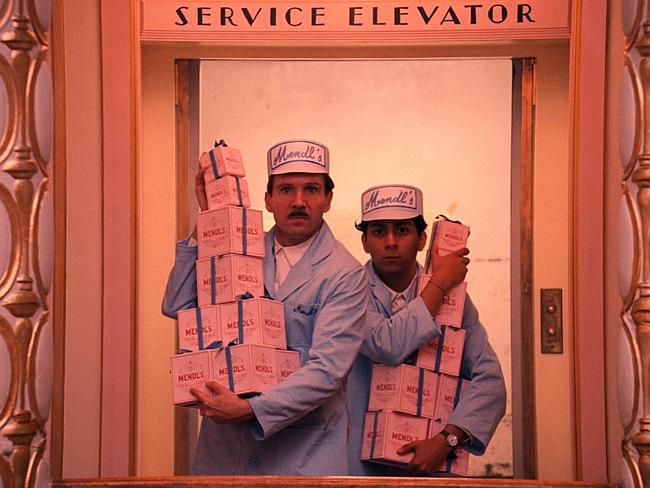 Known for his distinctive visual and narrative style, Wes Anderson has produced some of greatest films to have graced our screens over the past decade.

The American has a vast array of accolades under his belt despite his relative youth, suggesting there is still a lot more to come from the esteemed film maker.

We pick out his top three.

Wes Anderson’s Moonrise Kingdom is a film about children that is not for children. It could be argued that this makes the film hard to place or that it sums up why Anderson operates mostly outside the studio system, but most Wes Anderson fans would argue that it’s a successful concept which accomplished directors handle with ease, Hayao Miyazaki is another example.

The film has a simple premise: two children get together and conspire to run away from home but their plan is blighted due to the fact that they live on a tiny island. The film has a charming school production-esque quality, and Anderson’s auteur flourishes are easily noticeable in his technical use of symmetry, tracking shots, vibrant patterns and colour palettes. Moonrise Kingdom wears these flourishes lightly however and they do not detract from the ability to enjoy the film.

Many of the films in Anderson’s repertoire are set in times past, Moonrise Kingdom was set in 1965, and the verisimilitude created by Anderson by the use of colour (light yellows, browns and oranges) and authentic props ground the film in its time period. Moonrise Kingdom ably showcases Anderson’s storytelling ability and his ability to vividly recreate settings and film making of older years with great authenticity. Moonrise Kingdom is a charming film and, somewhat ironically, timeless.

Fantastic Mr Fox could have, and some may argue should have, taken the gold medal here, particularly given the significance of the film in Anderson’s career, however whilst its hard to find fault, Mr Fox is pipped to the post by the faultless ‘The Grand Budapest Hotel’.

Mr Fox was preceded by The Darjeeling Limited, a film that was met with mixed reviews and one that some felt pushed Anderson into self-parody. Anderson, ever since Bottle Rocket, has been someone who has presented himself as an aesthete and his films at times have seemed like gigantic landscape paintings that his tracking shots just gloss over. Anderson’s films often feel as if they could not live without being seen, as if their worlds are stationary unless looked at, a reverse ‘Toy Story’. Using stop-motion in this film took this idea to the next level, nothing was going to be in the film unless directly placed there by Anderson and manipulated by the animators. Fantastic Mr Fox is Anderson playing God.

Anderson manipulates Roald Dahl’s winning source material into a wry and thoughtful domestic comedy about knowing your place in the world, be it above ground or below, and accepting your lot. The film also looks at how a series of imperfect characters are doing the best they can for themselves and for each other. The film is eminently quotable and sumptuous to look at. The film is a triumph.

Wes Anderson makes films that focus on predominantly male characters trying to live in creations of their own design, like boats in glass bottles or snow globes. Moonrise Kingdom for example is about trying to build the creation from the ground up and The Grand Budapest Hotel is about the main character trying to cling on to his creation for dear life.

The heart of The Grand Budapest is mournful. Mournful for a time lost, civility that appears to be forgotten and for creating beautiful things knowing that the world will not let them survive. The film’s ‘beautiful thing’ is the hotel itself, a place where the outer shell of the films mournful heart is a riotous comedy, a screen for the growing and inevitable stagnation within.

Ralph Fiennes’ delivers a career defining performance of such comedic talent and wit that at the time it came as a complete shock. Fiennes’, more known for playing straight laced characters seemed an odd appointment but he is evidently relishing the role and delivers Anderson’s finest, throwaway line with aplomb: “You see, there are still faint glimmers of civilization left in this barbaric slaughterhouse that was once known as humanity. Indeed, that’s what we provide in our own modest, humble, insignificant… oh, fuck it.”