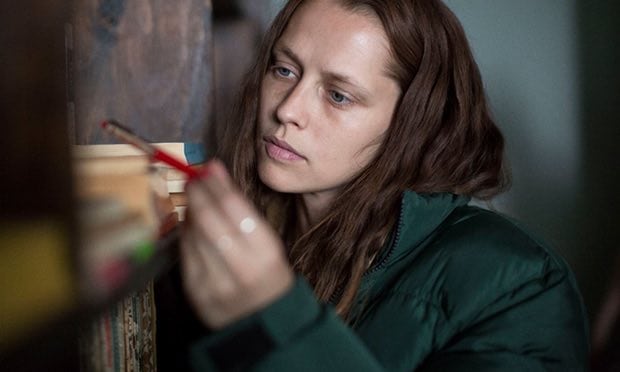 Clare (Teresa Palmer) travelled to Berlin in search of an unforgettable life experience, but one suspects that such plans didn’t involve being held captive in an airless apartment by a mentally unhinged local (played here with a sinister twitch by German actor Max Riemelt). Unfortunately for her, that’s exactly the situation she finds herself in during Berlin Syndrome, Aussie director Cate Shortland’s effectively chilly psycho-thriller.

When Clare first meets Andi (Riemelt), however, she can’t help but be seduced by his mild-mannered charm, enquiring nature, and interest in photography: she having come to Germany from Australia alone to take pictures of the GDR architecture. Awakening in his flat the following morning to discover the door bolted shut and the windows tightly sealed though, it isn’t long before Clare’s attraction for Andi is replaced by alarm.

Palmer, whom many will recognise from her lead role in David Sandberg’s strong supernatural shocker Lights Out, does well to use the film’s restrained rhythm as an opportunity to commandingly try and explore the dramatic grey areas of the narrative; the title playing on the idea of Stockholm Syndrome, and suggesting that the flickers of affection Clare shows towards her captor may stem from a growing emotional dependence. But frustratingly, Shortland doesn’t quite have the dexterity necessary to try and formulate these reflections into a deeper psychoanalysis.