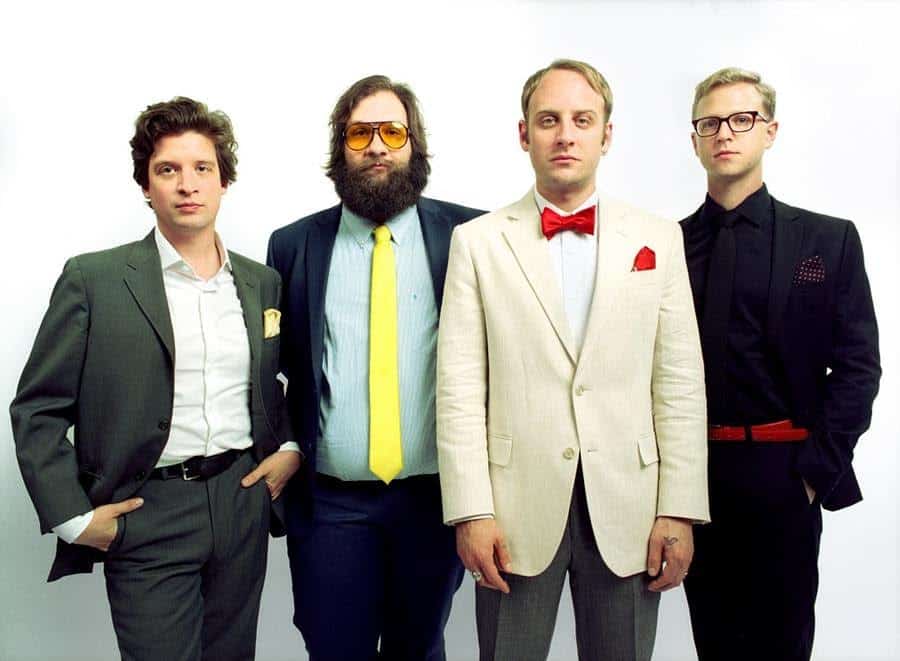 Deer Tick Vol. 1 showcases the folk-driven, roots/rock style with right amount of grit, that Deer Tick is known for. Lead singer/songwriter John McCauley is a masterful introspective and observational songwriter, who documents inner struggles and external conflicts with a perfect balance of heartfelt sincerity and wry wit. The opening track “Sea of Clouds” encompasses all of what brought so many fans to Deer Tick in the first place, and also what kept them there. Guitarist Ian O’Neil’s “Hope is Big” and drummer Dennis Ryan’s “Me & My Man” expand on the group’s already dynamic range.

On Deer Tick Vol. 2, the band turns it up and lets it fly with an injection of punk-inspired garage rock at it’s finest. Clever lyrics, infectious hooks and captivating melodies pack Vol. 2 with bassist Christopher Ryan skillfully laying it down with authority and attitude. The propulsion of opener “Don’t Hurt”, edgy pop of “Jumpstarting” and rowdy punk of “It’s a Whale” reveal that there was an obvious Jekyll & Hyde approach to recording Vol. 1 & Vol. 2. Vol. 2 closes with boisterous “Mr. Nothing Gets Worse”, with all three singers taking a verse on a song that would have made The Replacements proud.