The famous list of so called ‘Video Nasties’, which was pivotal in bringing cinema style censorship to home video through the Video Recordings Act of 1984, was divided into two sections. Section 2 is the list that anyone with a passing interest in censorship and extreme cinema knows. These films, when seized, would make the […] 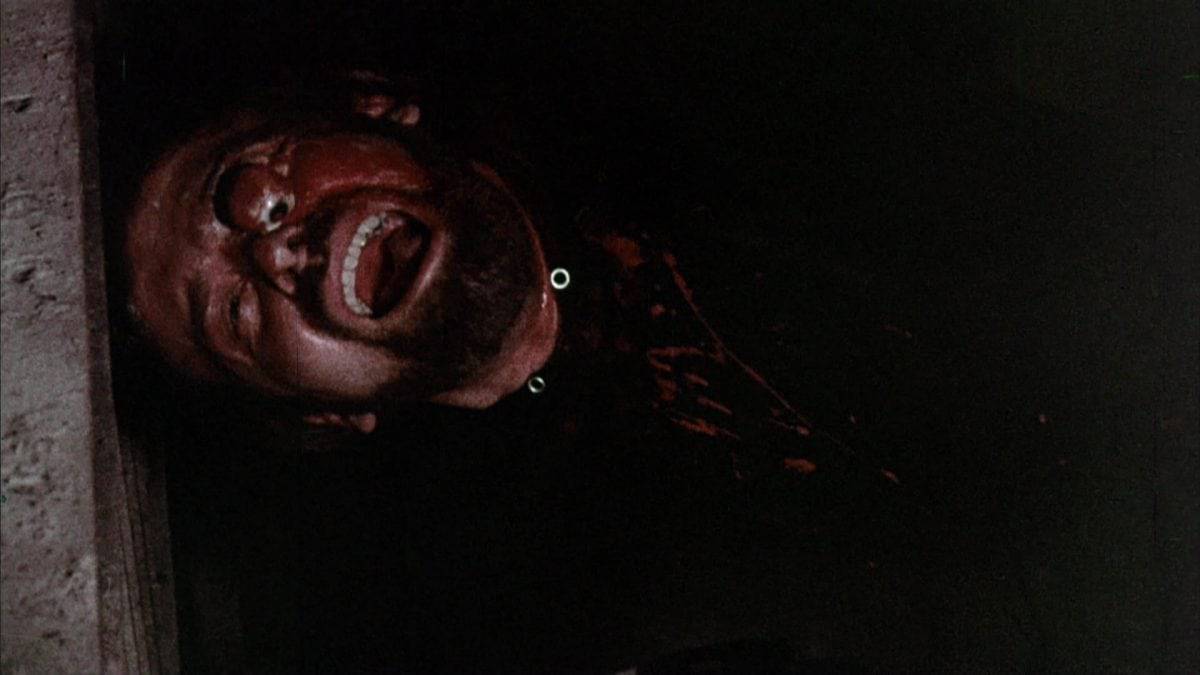 The famous list of so called ‘Video Nasties’, which was pivotal in bringing cinema style censorship to home video through the Video Recordings Act of 1984, was divided into two sections. Section 2 is the list that anyone with a passing interest in censorship and extreme cinema knows. These films, when seized, would make the dealer subject to personal prosecution for supplying obscene materials. Section 3 were considered less obscene, not likely to be convicted under the OPA, but still outside the realms of what BBFC would allow. By cooperating with the seizure order the dealer would legally admit they were obscene, but not be liable personally.

The Section 3 list has some well known titles on it, but as was never as well known as a whole as the Section 2 list, and thus never gained the same notoriety. Many of its titles have passed into an obscurity that being on the better known list, perversely, saved most of the Section 2 films from. I had done my homework on the nasties, and had seen well over half of the Section 2 list, but the first time I discovered the Section 3 list was on a DVD collection of trailers of all 82 of the films that appeared on it. Headless Eyes was a standout before I knew anything about it, if only for its insanely lurid title.

More than the trailer, it was exploitation scholar Stephen Thrower’s intro that put this film to the top of my to see list. He calls it “One of the more extraordinary films to have come out on video in this country”, noting its scuzzy atmosphere and look, he says it “Feels like it was filmed in piss streaked doorway” and that it’s “the cinematic equivalent of a really scary old bag lady”. Anyone else sold already? In all seriousness, Thrower gets into the meat of the film in interesting ways too, and he’s right, it is a singular experience, if not an especially good film on any normal level.

Headless Eyes begins with a pretty singular sequence. A woman wakes to find a man named Arthur Malcolm (Bo Brundin) stealing from her purse. Fighting back, she manages to gouge one of his eyes out with a spoon, disoriented, he runs out down the fire escape, clutching at the eye that is now hanging out of its socket. By any standards this is an extreme note on which to open a film, but what makes it interesting is the fact that throughout this sequence the soundtrack loops the screams of “My eye” over and over. It’s very strange, an avant garde touch in this grimy 42nd street horror flick – avant gorde, perhaps – and this is an identity crisis that will recur throughout the film.

The story picks up with Arthur when his eye has healed somewhat. Driven mad, he becomes a serial killer, removing the eyes of his victims with that same spoon that took his, and then using them in his conceptual art like a psychotic Damien Hirst. Eventually, he meets a young student who likes his art, they spend a day in the park and plan to get together for the opening of an exhibition of her classmates work. That’s about it in terms of plot, and even that doesn’t really lead anywhere. Despite its occasional art film leanings, Headless Eyes, with its largely handheld camera and guerilla feel, often appears to have been made up on the fly. This does lead to more long and dull scenes of Brundin watching or stalking a potential victim than we could possibly need in a 78 minute film, especially as they are scored with the worst original soundtrack since the ’I fell down the stairs holding a Casio keyboard’ stylings of Don’t Go In The Woods.

There are, however, striking things about the film. The special effects are cheap and often more funny than they are scary or gross, but there is a certain shock value to just how many eye gougings one film can find time for, and some of the ways they are presented in Arthur’s art are memorable. The film undeniably creates an atmosphere, it is so grimy that you can almost feel the layer of dirt covering the film stock. This conveys a sense of place and time, as well as the feeling of being at ground level with Arthur as he loses his mind.

As Arthur, Bo Brundin isn’t always convincing in putting across the psychology of a man drifting from reality and ever more focused on his murders and his trophies, but he definitely has an unsettling presence. Brundin was a Swedish actor and I’m not sure how fluent his English was at this time, but the combination of an accent, possible language barrier and almost certainly having to improvise much of the time creates a unique cadence for Arthur. It’s no Henry: Portrait of a Serial Killer, but there is always the sense that something is off kilter when Brundin is on screen.

Kent Bateman made only three more features, none of them remotely like this (his next was a children’s adventure film with William Shatner), but he has apparently posted on IMDB to shoot down the persistent rumour that Headless Eyes was in fact directed by its producer, porn director Henri Pachard (The Devil In Miss Jones Part II). This is the work of someone who wanted to make a film any way he could, everything about it screams stealing frames, coming up with ideas on the fly, making the best of the materials available for special effects. That said, Bateman found some compelling moments, from the opening scene to the closing attack in a meat warehouse. Most memorable, and most upsetting, is the murder of an old woman, this is the moment the film makes the most of its grimy aesthetic: the scene is up close and personal, the assault completely in your face, to the point that it feels as if the viewer is being attacked as well.

Seen now, Headless Eyes is too clunky to imagine it troubling BBFC very much, but I’m surprised, to some degree, that it made only the section 3 list back in the 80s. Eye trauma was a major preoccupation of the people making the DPP list, featuring in many of the titles on the main Section 2 list. So why was Headless Eyes only Section 3? I have two theories: either nobody watched it, and it made the list purely on the basis of its title and an assumption that eye trauma would feature, or they did watch it and, seeing how laughable the effects were, couldn’t imagine a jury convicting it of obscenity.

I think Headless Eyes is destined to remain something of a footnote. It remains unreleased and, to all intents and purposes, banned in the UK. There is an uncut release available in the US but unless you have a particular affinity for grotty New York set exploitation and don’t mind sitting through some dull passages to get to a few jaw dropping moments, it’s tough to recommend on the whole.