A sense of history hangs heavy over ‘Back to Burgundy’ (‘Ce qui nous lie’), the new film from French filmmaker, Cedric Klapisch. ‘Back to Burgundy’ is a sentimental film and one that has a very good first act with the strongest writing of the whole film, nicely setting up the premise. Thereafter the film’s structural […] 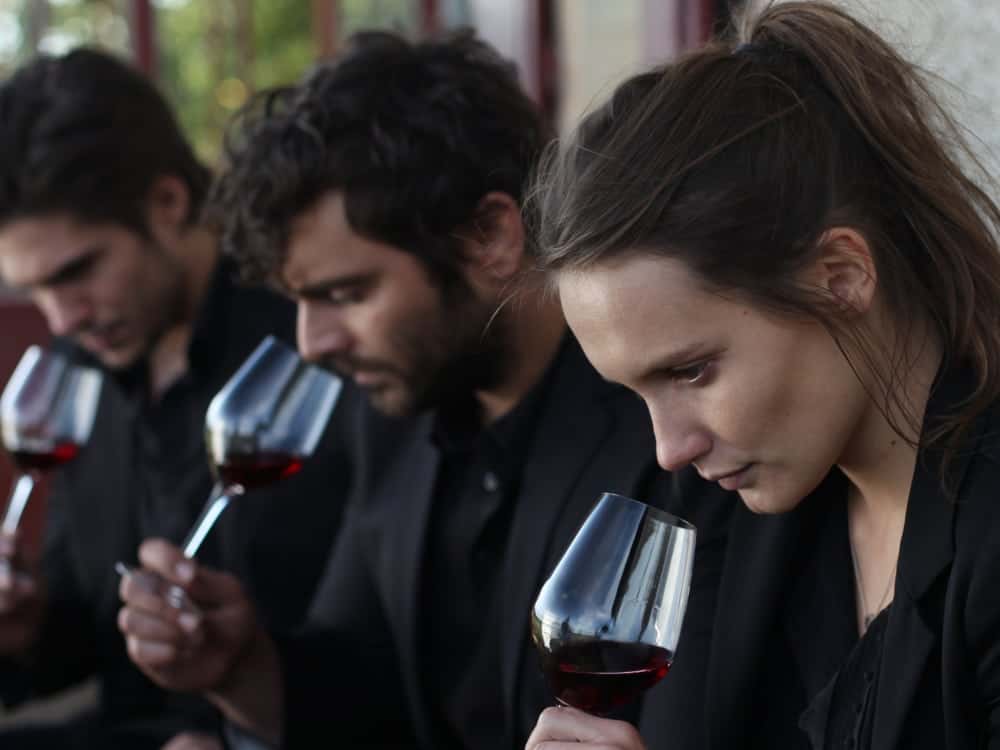 A sense of history hangs heavy over ‘Back to Burgundy’ (‘Ce qui nous lie’), the new film from French filmmaker, Cedric Klapisch. ‘Back to Burgundy’ is a sentimental film and one that has a very good first act with the strongest writing of the whole film, nicely setting up the premise. Thereafter the film’s structural problems begin.

It is a tale of familial heartache and strife set against the picturesque vineyards of Burgundy, where siblings Jean (Pio Marmaï), Juliette (Ana Girardot) and Jérémie (François Civil) run the family vineyard following their father’s illness and subsequent death. The role of the father is present in flashback mostly, and also on his hospital bed. It appears that Klapisch is unsure how to frame this scene as he elects to not show the father as he is in the present day. Whilst the characters get to experience this heartache, it ends up keeping the audience at arms length.

As with any family drama the characters’ baggage is signposted early on in the film and is infused into the plot at strategic moments. Jean, who has returned to the family vineyard and hometown from Australia, has left behind the remnants of a breaking/broken marriage from which he has a young son. Juliette has taken on the main role of running the vineyard during her father’s illness and is concerned she is not authoritative enough to undertake the role. Finally, Jérémie is suffering with an overbearing father-in-law, a rival winemaker. The biggest baggage for them all however is the inheritance tax bill of €500,000 left following their father’s death, and the burden of finding a way to settle the bill. Sell parcels of land to their rivals? Sell the whole homestead for €6,000,000? The sensible answer is of course the latter, but they love their home and history too much to want to potentially net €2,000,000 each in their late twenties/early thirties.

The question of what drives the plot forward, amongst the wine growing and family squabbles, is always there lurking in the background. How the three siblings finally decide how to pay the tax however is ultimately resolved with a throwaway line at the end of the film. The handling of this most vital plot point is bungled and does not give satisfaction to the audience, and in turn it makes the rest of the film feel slightly redundant, however pretty the vineyard was to look at.

You can look at Klapisch’s film and see the broad strokes involved and how the audience is meant to feel for the characters in their period of mourning for their father and how it impairs their judgment in making significant life decisions, however the title of the film conjures an image of characters coming together and seeking redemption for past misdeeds or forgiveness for longstanding grievances and these themes don’t really materialise. They are mentioned, but then resolved too quickly and the film spends most of its time being about nothing much at all, and at times formulaic. Nevertheless there is humour; Marmai and Civil in particular are able to give the film some levity. This film is not a particularly good vintage for Klapisch.