Ground Rents to offer inflation linked alternative to doubling rents – On 2 August 2017, Ground Rents Income Fund issued a Corporate Update in light of media attention on ground rents and the launch by the Communities Secretary, Sajid Javid, of a consultation on proposals to amend leasehold legislation. The announcement advised that the Board, […] 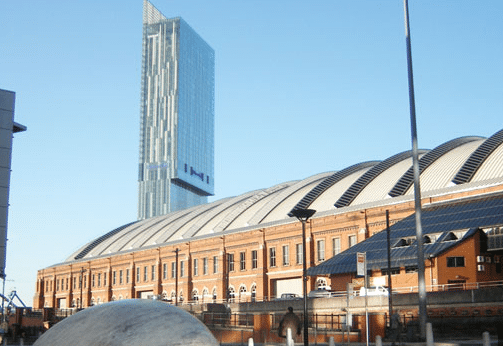 Ground Rents to offer inflation linked alternative to doubling rents – On 2 August 2017, Ground Rents Income Fund issued a Corporate Update in light of media attention on ground rents and the launch by the Communities Secretary, Sajid Javid, of a consultation on proposals to amend leasehold legislation. The announcement advised that the Board, in conjunction with the Investment Manager, was considering options for certain ground rents within the portfolio, reflecting concerns expressed by the Government. These concerns were focused on leasehold houses, which account for 11% by income of the Company’s portfolio, and, in particular, leasehold houses with ground rents that double every 10 years, in perpetuity, of which the Company has none.

The Board has determined to pursue an asset management plan as further set out below.

During the remainder of this year, the Company will contact all of its residential leaseholders with doubling ground rents, regardless of whether they have a 10, 25, 33, 35 or 50-year review cycle, and offer them the opportunity to convert their existing review mechanism to the lesser of inflation, as measured by the Retail Prices Index (RPI), or doubling, while retaining their existing review cycle. This offer, which will be without obligation, will remain open to leaseholders for a period of 12 months, in order to give them, and in many cases their mortgage lenders, the opportunity to fully assess the proposal and conclude the required legal processes.

Ground Rents Income was launched in 2012 and has acquired a diversified portfolio of ground rents, valued at £143 million at 31 March 2017, which provide a secure and consistent stream of income to investors. Most of the Company’s portfolio (69.8% by income) is invested in ground rents which increase in line with indices, particularly RPI. Of the remainder, 18% by value and 17% by ground rent income is attributed to doubling ground rents, of which 4% of the ground rent income is derived from three 10-year doubling assets. None of these three assets with 10-year doubling ground rents do so in perpetuity – they double a maximum of three times before reverting to having either no further review or an index-linked review cycle.

Of the total number of units in the portfolio, 15% are houses, which generate 11% of total ground rent income. The average ground rent on the leasehold houses is approximately £110 per annum and none are subject to 10-year doubling review patterns.

The ground rents on 66.7% by income of the leasehold houses adjust in line with indices, with only 2.7% containing doubling reviews on a 25-year review pattern. The balance of 30.6% is split between leaseholds with fixed adjustments (3.6%) and those which do not increase (27.0%).

In the Corporate Update issued on 2 August, the Board reiterated its belief, previously stated in the Company’s 31 March 2017 unaudited NAV announcement on 12 June 2017, that as a result of changes in market sentiment the value of the doubling assets within the portfolio may now be worth approximately £5.5 to £6.0 million less than as at 31 March 2017. This would lead to an NAV per share of approximately 132 pence (31 March 2017: 135.31 pence)

It is not possible for the Board to estimate the number of leaseholders who will take up the opportunity to convert, during the Asset Management Plan process. It has however reviewed a number of scenarios which indicate that the likely impact on the Directors view of the NAV on the 2nd August is unchanged. In addition, the Board estimates that the one-off administrative costs of this exercise will be in the order of £200,000 before VAT.

The Company will provide a further update once it has received the next scheduled valuation of the portfolio by Savills, its external valuer, as at 30 September 2017.

The Company will be writing to eligible residential lessees in the coming weeks to begin the Asset Management Plan process.