By Sam Inglis The title sequence is, it seems to me, in danger of becoming one of the lost arts of cinema. Frequently now, we will see only a few production logos before a film begins, with even the title card frequently being saved for the end. I think this is a great shame, as […] 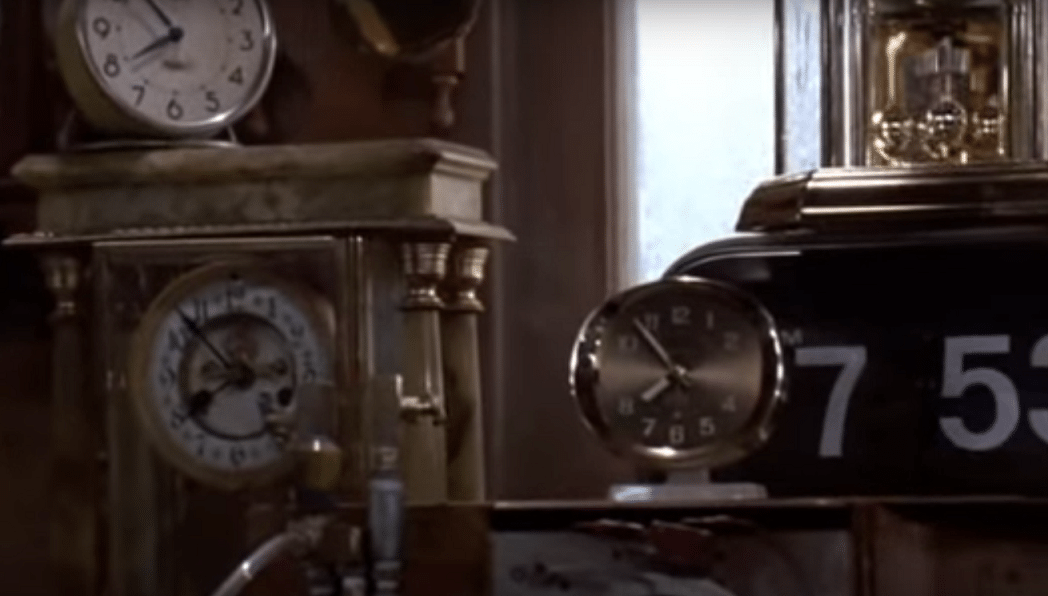 The title sequence is, it seems to me, in danger of becoming one of the lost arts of cinema. Frequently now, we will see only a few production logos before a film begins, with even the title card frequently being saved for the end. I think this is a great shame, as a great title sequence can serve two purposes. First, it can be a great sequence in its own right; a piece of storytelling or even, at its highest aspiration, a piece of art. Secondly, and perhaps more importantly, a great title sequence gives us as an audience a moment to settle, to find our way into the world and the tone of the film, often in an elliptical way and before the story proper begins.

With Alien Covenant (a film connected to it might just come up in this list) just released on DVD and Blu Ray, it seemed like a good time to take a look at some of my favourite examples of this now too infrequently employed art.

This might be the greatest title sequence of all time, and certainly is if you consider the job of a title sequence to be building mood. It’s almost impossible to explain why, as simple as it is, Alien’s title sequence achieves as much as it does.

Over the vast expanse of space, the names of the cast and crew appear and, as they do, line by line, the title fades in across the top of the screen. Jerry Goldsmith’s score, the image of empty space, the non-linear title reveal and even the graphic design all conspire to suck you into the unbearable tension that will define the next two hours. Alien is a masterpiece as a whole, but these titles are another, self-contained, masterwork in their own right.

Back To The Future

If Alien is a perfect example of a title sequence as a mood setter, then Back To The Future exemplifies the title’s function as character and story establishment. The long pan through Doc Brown’s workshop, over all his many clocks and some of his inventions sets up the film’s theme, prefigures images (the Harold Lloyd clock) and establishes background for the story (the camera lingering over a newscast about a plutonium theft).

The clocks and the machine that serves Einstein his dog food show us the kind of person Doc Brown is; intelligent, inventive and not a little obsessive, but also establishes that he’s not been home for a few days, simply by the fact that the dog food bowl is overflowing. All of this is set up before we’ve seen, let alone heard any dialogue from, either of the film’s main characters. It’s a brilliant, artful piece of storytelling in a near perfectly structured film.

This is Quentin Tarantino at his most minimalist. Jackie Brown’s titles are all about re-introducing a star. It had been some years since Pam Grier, icon of blaxploitation cinema, had been in a major film and Tarantino clearly wants to show us that she’s back. This begins as a sequence of effortless cool; Grier first gliding, then strutting, through the airport to Across 110th Street (smartly invoking blaxploitation history, but via a film she wasn’t in). Tarantino makes brilliant use of space here, keeping Grier to the edge of the frame during the cast credits before letting her move across it to signal the end of the first part of the sequence.

We see that Grier is very much back, she’s as beautiful as ever, with a presence that remains commanding without a word, she owns the frame and seems in total control. Then something changes, she begins to run. She’s hurried, harried, not in control. With this simple gesture Tarantino signals that Grier may be back, but we’re going to see her somewhat different, in a more realistic context rather than as the icon she’s been. A hymn to and subversion of star power that is is perfect introduction to Tarantino’s masterpiece.

In the past few years, I’ve felt that the increasingly interconnected ‘universe’ of Marvel superhero films has become ever more televisual, in episodic feel if not in scale. The titles for Spider-Man 2 pre date this, but are essentially a highly artful version of the TV serial’s ‘previously on’ series. Through a series of paintings by the acclaimed comics artist Alex Ross, Sam Raimi first uses the cast credits to reintroduce us to the film’s principal characters, before providing a recap of the first film in a series of paintings of its most iconic moments.

I love this sequence because it re-connects the film to its comic book origins (something it will echo in many images later in the film) and uses that to draw us back into the world of the characters, reminding us of what has gone before without the need for reams of dialogue in which the characters inform each other of things they know, just to make sure we do too. Simple storytelling through the pure image; it’s where movies and comics begin and, in this case, meet.

I remember seeing Park Chan-wook’s first English language film for the first time, and having to restrain myself from standing up and applauding at the end of its opening titles. This is the only sequence I’ve chosen for this list which contains extensive dialogue (in voiceover), but it might also be the one I respond to on a most purely image driven level. What has always blown me away about Stoker – and this sequence no less than any of its others – is the precision of Park’s imagery and of Nicolas DeToth’s editing.

We begin at the end, but we don’t know that yet, so the images are impressionistic; details of Mia Wasikowska’s face, wind blowing her hair to obscure her features, her clothes, red and white flowers in the field she’s looking out on. Each of these images freezes for a brief second. I love the use of the titles themselves, they seem an organic part of the sequence, placed within it rather than on top of it, sometimes partially obscured by scenery. Lettering can wiped away by a skirt blowing in the breeze, a movement of Wasikowska’s hand, revealed as she runs or shifted by the motion of a boulder. For me, this is a perfect introduction to the feel of a movie that is incredibly precise in its every image and the eerie tone it’s going for.