By Sam Inglis Among the new releases this Friday is The Case For Christ, a biopic of Christian writer Lee Strobel. Like other films from US studio Pureflix, it’s made to preach to the choir, with Christian audiences specifically in mind. I’m not the audience for this (though I would recommend the episode of the God […] 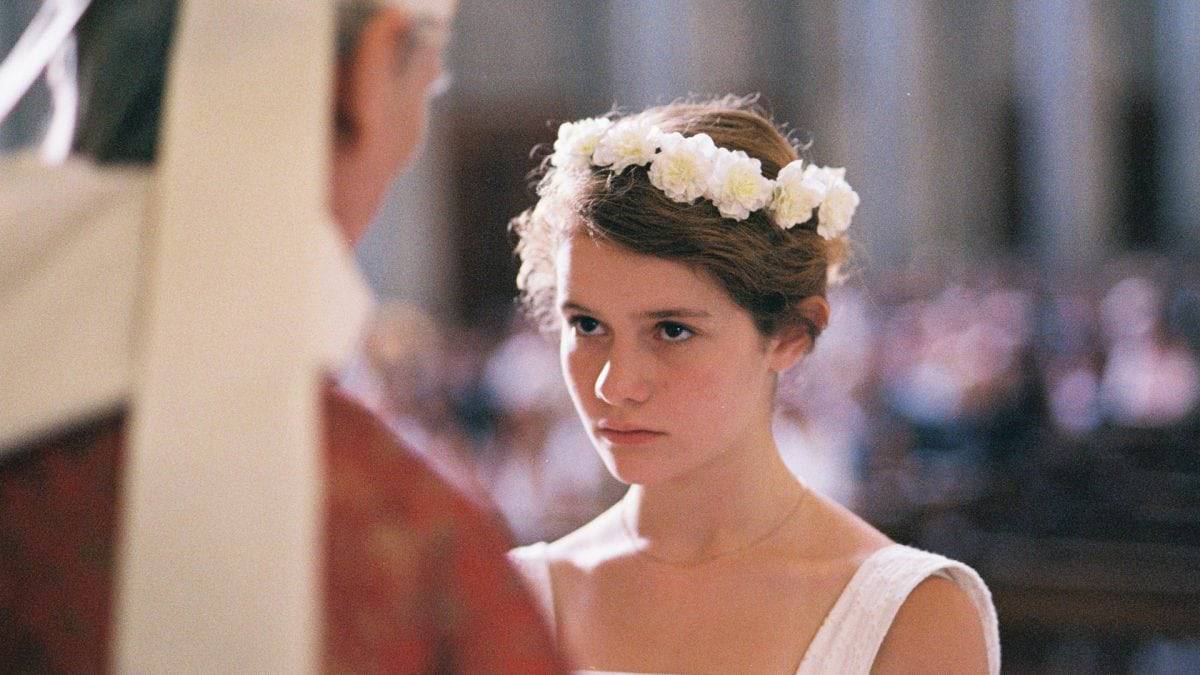 Among the new releases this Friday is The Case For Christ, a biopic of Christian writer Lee Strobel. Like other films from US studio Pureflix, it’s made to preach to the choir, with Christian audiences specifically in mind. I’m not the audience for this (though I would recommend the episode of the God Awful Movies podcast on it), but there have been many great and fascinating films made that, from a variety of angles, take Christianity as their subject.

In this first piece in a new series, here are five films that have Christianity of various stripes at the heart of the film.

For the Bible Tells Me So

I could have filled this list with documentaries about the scary and awful sides of fundamentalist Christianity, and this entry could easily be subbed for Jesus Camp, Mea Maxima Culpa or even Louis Theroux’s films on the Westborough Baptist Church, among others.

For The Bible Tells Me So is about the way that fundamentalists view and treat lesbian and gay people. It talks to families who have accepted their gay children, to those who haven’t and to those who are somewhere between those poles. The personal stories, especially that of gay Bishop Gene Robinson and his parents, are fascinating and moving, but the film also digs into the theology behind the biblical literalism that often inspires those families who reject their LGBT children. There are a lot of interesting pieces of analysis suggesting that many of the (shockingly few) Bible passages that even address the subject have been mis-represented and that far from representing tradition, literalism disregards their historical interpretation.

It’s a big subject, and the film can’t cover all its bases in 100 minutes, but the glimpses into peoples lives are valuable and still relevant even after the leaglisation of gay marriage in the US, because it’s not as if that addressed the underlying prejudices that this film seeks to show and debunk the rationale for.

At the 2009 Venice Film Festival, Lourdes won writer director Jessica Hausner both the Brian Award and the Signis Award, respectively a prize that awards films for their promotion of (among other values) rationality and an award from the World Catholic Association for Communication. The fact that Lourdes won both of these prizes, which could be seen as diametrically opposed, speaks only to how brilliantly it balances the treatment of its subject matter.

Sylvie Testud gives a performance of exceptional subtlety as Christine, a woman in her 30s, confined to a wheelchair, who goes on a trip with a Church group to Lourdes, in search of the alleged healing powers of the waters there. You can read the film, and its wonderfully ambiguous final shot, just about any way you want. You can choose to believe that Christine is granted a miracle, or that her condition has improved naturally and perhaps only briefly. Hausner and Testud never try to tell us that either is more or less likely, nor does the film even seem entirely decided on what Christine believes.

For me this is one of the best cinematic treatments of religion. Pureflix films seek to preach to their audience, and other films made by secular filmmakers can sometimes feel like they are preaching to their own audience (Bill Maher’s Religulous is, ironically, perhaps the most guilty of this). With Lourdes, Hausner presents the events and asks you to consider them. This is a film that asks what you believe, rather than telling you what you should believe, and yet, it’s open enough that I can imagine that both the Brian and the Signis Award juries came away convinced it was on their side.

There have lately been several films that tie a coming of age narrative to religious experiences in a young person’s life (it’s also well worth seeking out Corpo Celeste and the docudrama Stop The Pounding Heart), but this debut from French filmmaker Katell Quillevere is notable not just because it is the best of them, but because it approaches the subject of a crisis of faith from several points of view.

At the centre of the film is 14 year old Anna (Clara Augarde) whose Father has just left the family at the same time as he Grandfather is dying, she’s experiencing her first sexual feelings and she’s struggling with her faith as she prepares for her first communion. At the same time young local priest François (Stefanno Cassetti) is struggling with his own faith as Anna’s mother (Lio) is obviously attracted to him. It’s these dual crises of faith that sets this film apart, allowing us to see similar issues from two different points of view.

Quillevere is blunt about the expectations the church sets for girls, particularly around their sexuality, especially when the priest at Anna’s communion read St Paul’s letter to Galatians, essentially condemning all of Anna’s new and confusing feelings. The film film isn’t polemical though, that’s just one more thing that contributes to Anna’s doubts about how she can reconcile her faith with who she is becoming as a person.  That’s very much the same journey we see for Father François, and the scene in which his crisis of faith comes to a head, with him crying in bed as he prays, is deeply moving. Pointed in it’s look at both faith and growing up, for me this might be the best coming of age film of the past decade.

In an age when some true obscurities are getting all bells and whistles special edition Blu Ray releases with restored picture and tonnes of extras, it baffles me that the only version of this film you can get in it’s correct widescreen ratio is on VHS. That’s a true pity, because while it’s not Black Narcissus in terms of its visuals (and really, what is?) The Nun’s Story is a strikingly beautiful film, moving from the largely monochromatic world of the convent to the explosion of colour that Audrey Hepburn’s Sister Luke finds in the Congo.

The narrative is pretty familiar in films about monks and nuns; a recruit finding their faith tested even as they get farther into the order they are a part of. Hepburn, in her finest performance to this point, plays this beautifully, finding the struggle Sister Luke has between the good she feels she’s doing, her belief in God and her seemingly ever present feeling that she’s not suited to the life she’s leading. Unlike many other films in this vein, Sister Luke isn’t treated cruelly, this is a film about internal struggle, and all the more interesting for it.

Films about exorcism inevitably deal with Christianity to some degree, but for me it’s this film that is the most incisive. Toni Erdmann’s Sandra Huller plays Michaela, a devout young woman leaving her family for the very first time in order to go to University. Michaela’s epilepsy recurs and gets worse during her first term, and it’s not long before her family begin to wonder if there is a cause beyond the natural, bringing her home for a series of exorcisms.

More grounded and realistic than Scott Derrickson’s The Exorcism Of Emily Rose, which is based on the same real life case, Requiem is more about Michaela’s life than it is, depending on what you believe, her illness or her possession. In the same way as Love Like Poison, it shows a young woman beginning to put away some of her family’s devout and restrictive religion when she begins to grow up and that section of the film is joyous, which only enhances the anxiety about the lurking monster that Michaela’s epilepsy and the sadness of the way her family reacts, misinterpreting the cause to tragic ends. Frightening without going overtly for scares, sad without ever feeling sentimental, and brilliantly acted, especially by Sandra Huller, this makes a great counterpoint to films like Emily Rose and The Exorcist.