by Ben Gelblum
in Music, Must Reads, TV 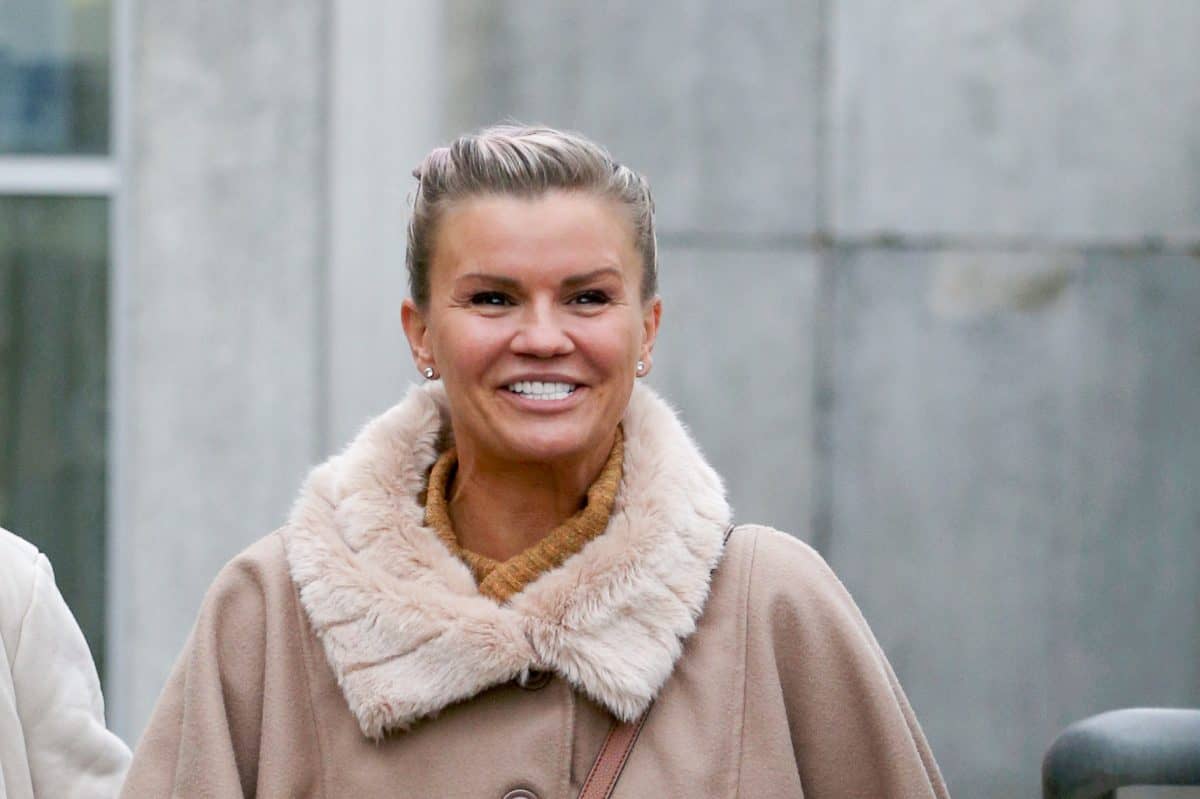 The 38-year-old I’m a Celeb winner, who had been threatened with jail after not turning up to answer the charge at a previous hearing, claimed the child’s 75 per cent attendance rate was due to “illness or other unavoidable causes”.

The single mum who is currently on E4’s Celebs Go Dating appeared before Brighton magistrates wearing a beige jumper and coat plus chequered trousers with her hair tied up in a short pigtail.

She smiled and shook her head as she denied one count of being a “parent of a child of compulsory school age registered at a school who failed to attend regularly between April 18 and November 28, 2018”.

Her child, who cannot be named for legal reasons, had been attending a college some 10 miles drive from Katona’s £1 million six-bedroom detached home in Crowborough, East Sussex.

Commenting on an application to lift reporting restiricitions on the case, that was rejected by magistrates, Katona claimed her child’s attendance at court was “a private matter.”

The 2004 I’m a Celebrity…Get Me Out Of Here! winner’s case had been adjourned after she failed to turn up to answer the charge on February 20.

The twice bankrupt TV star was sent a letter warning her she could be jailed if she missed another hearing.

Gareth Jones, prosecuting her case on behalf of East Sussex County Council today, said the child’s attendance rate was 75 per cent over the period.

He answered ‘yes’ when the clerk asked him: “These are sporadic situations of non attendance rather than a continuous situation?”

The clerk added: “I understand you will be relying on illness or other unavoidable cause to explain the absences. It’s over a long period of time.”

Ramon Pape, defending, arguing against lifting the legal ban on naming the child, said: “I think the reality is that it’s more than possible that the child in question may be a witness.

“Ms Katona, as is well understood and well documented, has a significant mental illness, she’s a bipolar sufferer.

“I cannot see any press interest in this whatsoever.”

Ann Gerrard, chairman of the magistrates’ bench, said: “A date has been fixed in the diary for you to attend on Wednesday the eight of May at Brighton Magistrates Court for your trial.”

The child will be called as a witness to the trial, as well as witnesses on behalf of the council.

Katona, who has appeared on ITV’s Loose Women and was dropped as the face of Iceland supermarket chain in 2009, has five kids from three marriages.

She revealed she turned to drugs and became an addict after losing her fortune and went from being a multi-millionaire singer to being in debt.

Katona said she was coming out of bankruptcy again, urging others not to feel ashamed for suffering financial problems.