Netflix has established itself as the go-to place for documentaries over the past few years. But deciding which doco to watch next can be a challenging feat. The ‘suggestions for you’ filter is as useful as a chocolate fireguard (‘Danny Dyer’s Deadliest Men’, seriously?). And there’s no longer an option to list documentaries by rating. […]

by Adam Turner
in Entertainment, TV 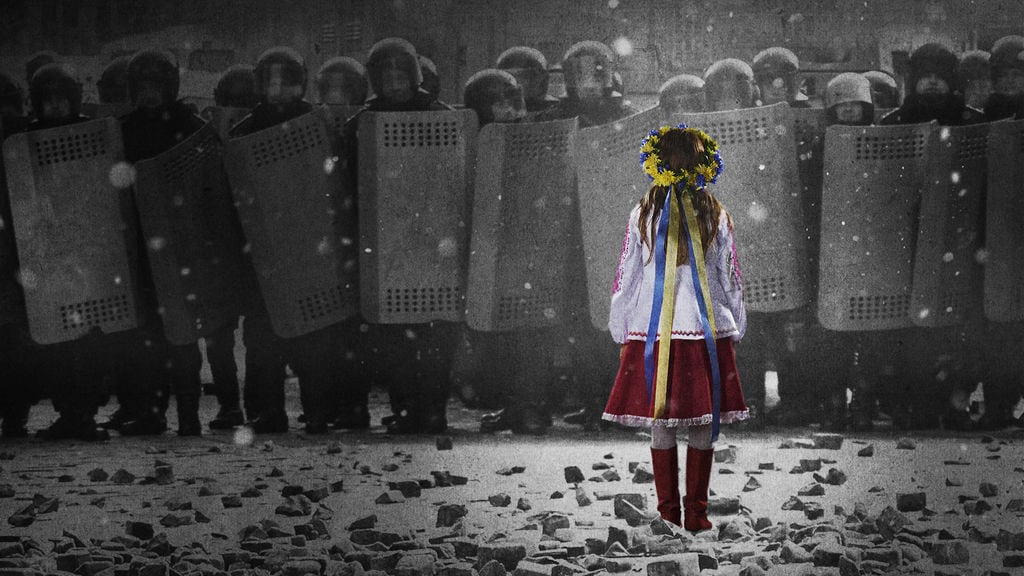 Netflix has established itself as the go-to place for documentaries over the past few years. But deciding which doco to watch next can be a challenging feat. The ‘suggestions for you’ filter is as useful as a chocolate fireguard (‘Danny Dyer’s Deadliest Men’, seriously?). And there’s no longer an option to list documentaries by rating. Luckily, to save you hours of unnecessary trawling, we have created a rolling list of our favourite documentaries available on UK Netflix right now.

This harrowing, factual tale chronicles the life of an American conflict journalist named James Foley, who became famous for all the wrong reasons when his beheading was broadcast by ISIS in 2014. Directed by Foley’s childhood friend, Brian Oakes, and narrated by his family, this sad yet inspiring documentary is an exploration of Foley’s remarkable life – from growing up in a leafy town in New Hampshire, to being held hostage in war-torn Libya and Syria.

Shot for less than $80,000, Blackfish shines a shameful light on the dangers that come – at human consequence – with keeping killer whales in captivity. This heart-wrenching story of Tilikum, an orca with previous history of attacking human beings, gained much notoriety in 2013 and eventually led to SeaWorld shutting down its killer whale breeding programme.

Gabriela Cowperthwaite’s film is another powerful example of how documentaries have the power to influence positive change – as we’ve seen before with the likes of Super Size Me (where McDonald’s started publishing nutritional information), Bowling for Columbine (KMart stopped selling hand gun ammunition as a result) and The Cove (when dolphin killings in Japan apparently decreased as a result of the film).

This vexing fly-on-the-wall documentary looks at Ukraine’s fiery revolt against president Viktor Yanukovych during the bitter winter of 2013. Russian-Israeli director, Evgeny Afineevsky, shows how a group of passionate students inspired an act of national defiance in a country determined not to fall into the pocket of Russia’s leader, Vladimir Putin. Raw, hand-held footage reveals how political activists became targets of brutal attacks, gunfire and murder by police, simply for standing up for what they believe in. It’s an appalling example of how a heavy-handed, oppressive government tried, and failed, to take away its citizens’ rights to freedom of speech.

American Anarchist’s director confronts the author of one of the most controversial books ever published, the Anarchist’s Cookbook – a book allegedly used in several terrorist-related incidents including the Columbine Massacre. Author William Powell, who sadly passed away suddenly earlier this year, struggles to accept partial responsibility for the damage caused by a book he wrote as a teenager in 1971. Powell, who comes across as a gentle, intelligent and thoughtful man, cowers as director Charlie Siskel relentlessly probes to find out why he wrote the book in the first place.

This documentary follows the court case of a young black man, killed by a middle-aged white man in Jacksonville, Florida on Black Friday, 2012. 17-year-old Jordan Davis was shot dead in a petrol station by Michael David Dunn, after refusing to turn down music in his car. Marc Silver’s film draws upon real-life accounts from the victim’s friends, and airs remorseless recordings of conversations between the shooter, and his wife, from his prison cell. Dunn’s claims of self-defence appear questionable in a documentary that nods towards racial prejudice.

Where to Invade Next?

Where to Invade Next? follows, well-known, liberal documentary maker Michael Moore on a mission to steal the best ideas from countries around Europe, which he plans to take back to his native America. This tongue-in-cheek, easy-to-watch documentary questions why things are the way they are – in politics, education, work and modern society. A funny, offbeat but informative documentary made by one of the best directors in the business.

This cheery documentary follows 40 fanatical runners who come to Tennessee from all over the world to compete in arguably the world’s most intense ultra-marathon. The race challenges competitors to run five 20 mile loops – over a 65,000 feet elevation, through rivers, forests and beneath a prison – in under 60 hours. Unsurprisingly, only 14 people have finished in 30 years. Directors Annika Iltis and Timothy James Kane’s documentary forces you to decide whether participants are fit, resolute and inspiring athletes, or just utterly bonkers.

When the McAfee internet protection logo pops up on screen, the last thing most people think of is an eccentric, potentially dangerous and deeply-troubled warlord. Nanette Burstein’s documentary may remedy that. It follows the escapades of John McAfee, the millionaire antivirus software tycoon, who became embroiled in gang wars, murder and rape allegations upon retiring to Belize.

Requiem for the American Dream

Noam Chomsky has long been a thorn in the side of the American government. This documentary recounts four years’ worth of interviews with the left-wing philosopher, where he discusses the wealth disparity in his homeland, democracy and a distinct lack of social mobility. It’s an insightful, engaging and thought-provoking look at the broken American Dream.