Olivier nominated actress and west end star of Kinky Boots Amy Lennox will play the lead role ‘Elly’ in the new Bowie’s Lazarus show at King’s Cross Theatre. Can you give us any details on what to expect for David Bowie’s Lazarus theatre show? It’s loosely based on the sci-fi novel “The man who fell […] 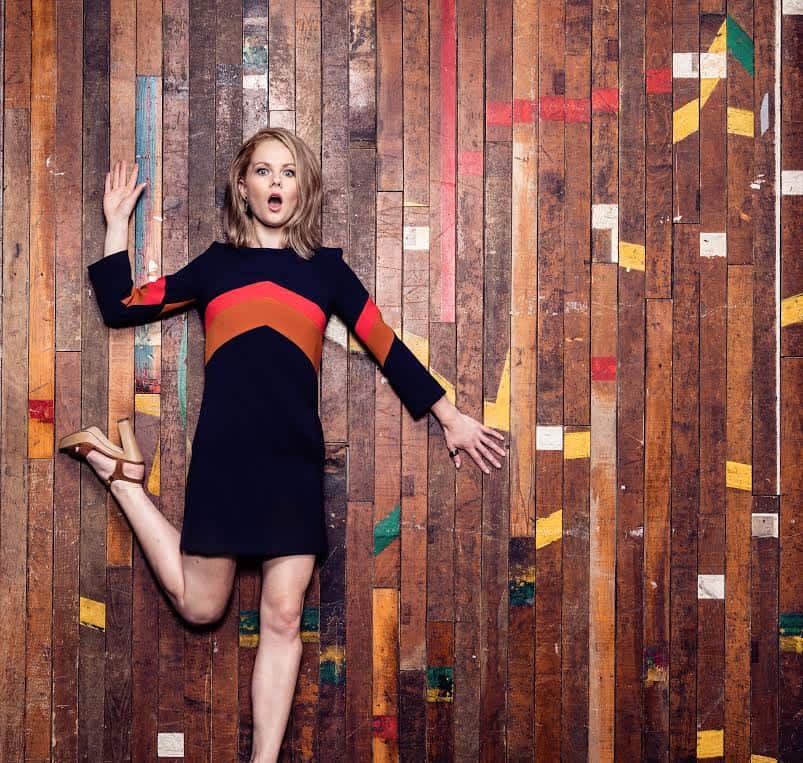 Can you give us any details on what to expect for David Bowie’s Lazarus theatre show?

It’s loosely based on the sci-fi novel “The man who fell to Earth” by Walter Tevis- a kind of sequel. It’s difficult to describe in a nutshell (you’ll know exactly what I mean when you see it!) – I like to think of it as a ‘Bowie Art Installation.’ It’s a feast for the imagination and the soul.

What are you most looking forward to about playing Elly, the lead role?

Elly is a deeply sad and unfulfilled woman- trapped in an unhappy relationship and longing for love. It’s quite a challenging role but incredibly satisfying – I’ve waited a long time for to sink my teeth into a character like this.

Were you a fan of David Bowie?

I have a fair collection of Bowie hits on my playlist – the classics mainly, but since working on Lazarus which has various pieces of his work from throughout his career, I’ve been introduced to some of his lesser known songs. One of my favourite childhood films was Labyrinth so Bowie will always be the Goblin King to me.

How do you think it will compare to your other shows?

It’s incomparible really- a completely different animal to anything I’ve ever done before.

I’ve only ever done a show in the UK – I’d love to do Broadway some day but for now there’s no place like London.

What is your inspiration?

Real raw talent – I seem to spend most of my spare time at the theatre and there’s nothing better than being blown away by someone or something really special – It’s wonderful to see and keeps me loving what I do- even when it’s testing.