If you are a wobbly great BBC nerd and have an unfortunate proclivity for being star struck, the press night for a play written by a 27-year Have I Got News For You veteran is both a bounteous gift and a terrible curse. Because I am British and middle class, I wouldn’t dream of actually […] 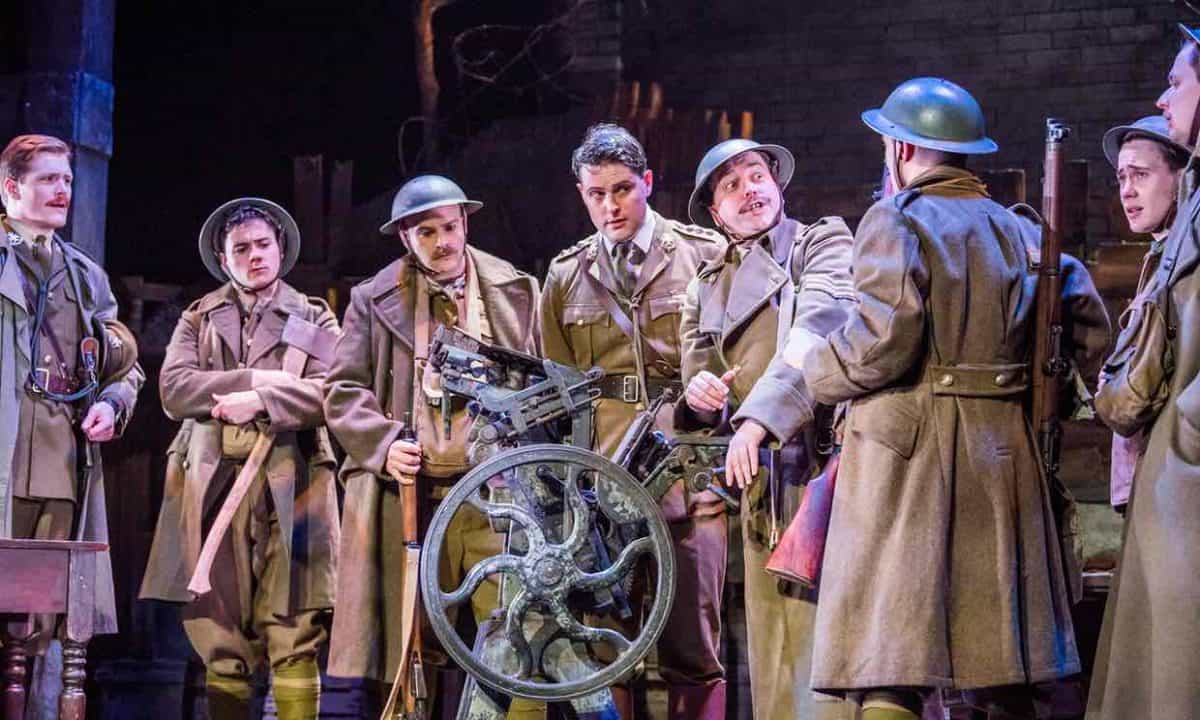 If you are a wobbly great BBC nerd and have an unfortunate proclivity for being star struck, the press night for a play written by a 27-year Have I Got News For You veteran is both a bounteous gift and a terrible curse.

Because I am British and middle class, I wouldn’t dream of actually going up to and talking to famous people like they are normal humans, so instead I dither and sweat and panic eat whatever is in the vicinity. Which is how I ended up with a very red face a mouthful of pastry in the back of a photo of Ian Hislop.

I mean, it was always going to be a winner for me. I love Have I Got News for You. I love Ian Hislop. I love Private Eye. And I also love comedy, elaborate historical moustaches, and Stuff About War. They would really have to have pulled a fast one for me to come out not having had a whale of a time. That being said, it wasn’t perfect. The play follows the true story of Captain F.J Roberts and Lieutenant J.H Pearson as they write their wartime spoof newspaper The Wipers Times from a trench in Ypres. The main narrative is peppered with farcical sketches based on articles from the real newspaper, and musical hall style renditions of witty ditties conceived by the soldiers.

Co-written by Ian Hislop and Nick Newman, The Wipers Times is as funny as you are allowed to be about the bloodiest conflict in human history, but felt a little baggy in the more sentimental moments that were distributed evenly throughout the play.

It follows a “FUN FUN FUN – then nod to the atrocities and lasting emotional impact of war – then FUN FUN FUN” model on repeat that I’m not completely convinced worked.

Blackadder Goes Forth demonstrated war and comedy perfectly for us; aim all the jokes at the officers in command, save the lone sombre scene until the very end of the series, and reduce your audience to puddles of inconsolable tears. Job done. Apart from that, I thought it was a hoot. The Wipers Times is a hilarious, dry, and occasionally surreal, absolute belter of a show, with the nine-strong cast barrelling along with all the vim and vigour of an overly enthusiastic Tommy.

George Kemp brings a clever subtlety to Pearson that tempers the some of the more outrageous caricatures that the rest of the cast bring to life. Peter Losasso as the wildly endearing Dodd is also a real treat to watch.

But the true star of the show is the rogue Father Christmas, who pops up during one of the sketches and violently pelts a soldier with dirty snow, screaming “HO HO HO”, with no additional context to what I have given here. 10/10 Hislop, I did not see that coming. These bizarre interlude skits really are the icing, the cherry, and generous slice of the cake.