Director Phil Wilmott’s Three Sisters in a version by Tracey Letts (August: Osage County) is full of micro aggression. In a small space such as the Union Theatre’s new venue, nothing can be bigged up too much: subsequently this production is full of nuances sometimes so macro you’d miss them if you blinked. For this […] 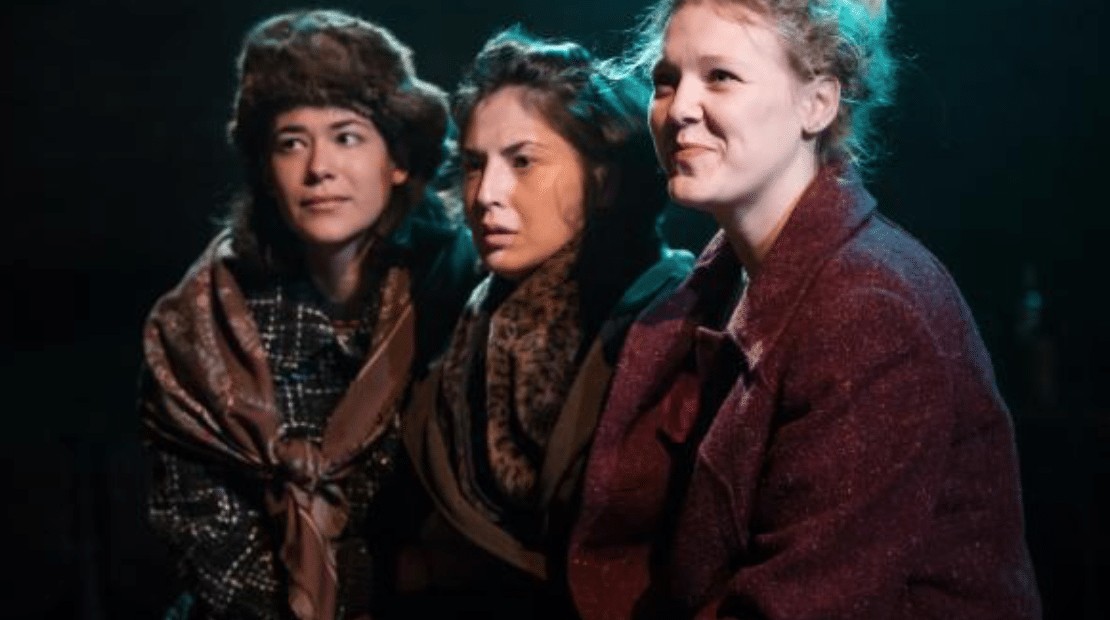 Director Phil Wilmott’s Three Sisters in a version by Tracey Letts (August: Osage County) is full of micro aggression. In a small space such as the Union Theatre’s new venue, nothing can be bigged up too much: subsequently this production is full of nuances sometimes so macro you’d miss them if you blinked.

For this reason there is a distinct lack of the sense of the epic and more a feel of claustrophobia. It’s as if the three sisters (yearning for work and then when that gets “boring” for the Moscow of their childhoods) and their extended family and visiting military personnel all live in a tiny hamlet in south west England and not somewhere as blasted and as forlorn as a provincial Russian garrison town where Chekhov originally set the play. The effect is to make the three sisters’ house unreal. It’s doll like and a place of restrained jollity and sudden outbursts whilst real life, like the supper scenes Willmott stages in the wings and the Moscow the sisters yearn for, is elsewhere.

In part this aesthetic is due to Lett’s rather focused and cramped adaptation. Characters suffer far-flung extremes of moods without any build up and it makes them schizophrenic. As a result brother Andrey’s melancholy violin playing (Benjamin Chandler) feels detached from the plot and his wife Natasha, played by the talented Francesca Burgoyne, seems more like a nagging fishwife than a woman who is hurt by the cruel and merciless class rejection the sharp sisters show towards her. By contrast battery commander Vershinin (Ashley Russell) whose attraction to middle sister Masha ( Ivy Corbin) is motivated by quiet desperation than real chemistry, has his optimistic and earnest philosophising lost in the general hubbub of conversation. Willmott and Letts gives us a sense of things in wide shot rather than drawing us in any closer. But you might say the disparate voices all rising against each other and fighting desperately to be heard (and loved) in an environment of huge economic decline, social injustice and climatic change could mirror our own times. Isolation, helplessness and alienation seem to be the big themes here and the metaphorical spinning top, the one big moment, draws a hypnotic silence over the cast and the audience alike.

Some scenes have a fluidity to them that makes them almost seamless and poetic, but sometimes they look and sound how we think Chekhov should. So it is possible to feel that one is being asked, as an audience member, to experience the play rather than interpret it. Overall there is a sense of tired powerlessness, characters with no absolute agency, but only best choices, illustrated not least by Olga’s final monologue. We don’t leave with renewed hope for a better future in the face of a cruel and deadly world, but with a slightly embittered sense of resignation and if Willmott wanted to achieve this with his mostly new and young talented cast, he has been successful.