No one might have planned it quite this way but this vulnerable three-hander could not have come along at a more perfect time. Two baby boomers-Sam, a buoyant dreamy American and Joey, sad and lost in her Englishness-meet upon a rooftop overlooking New York. He’s all starry-eyed and full of cheek, she’s overflowing with self-loathing […] 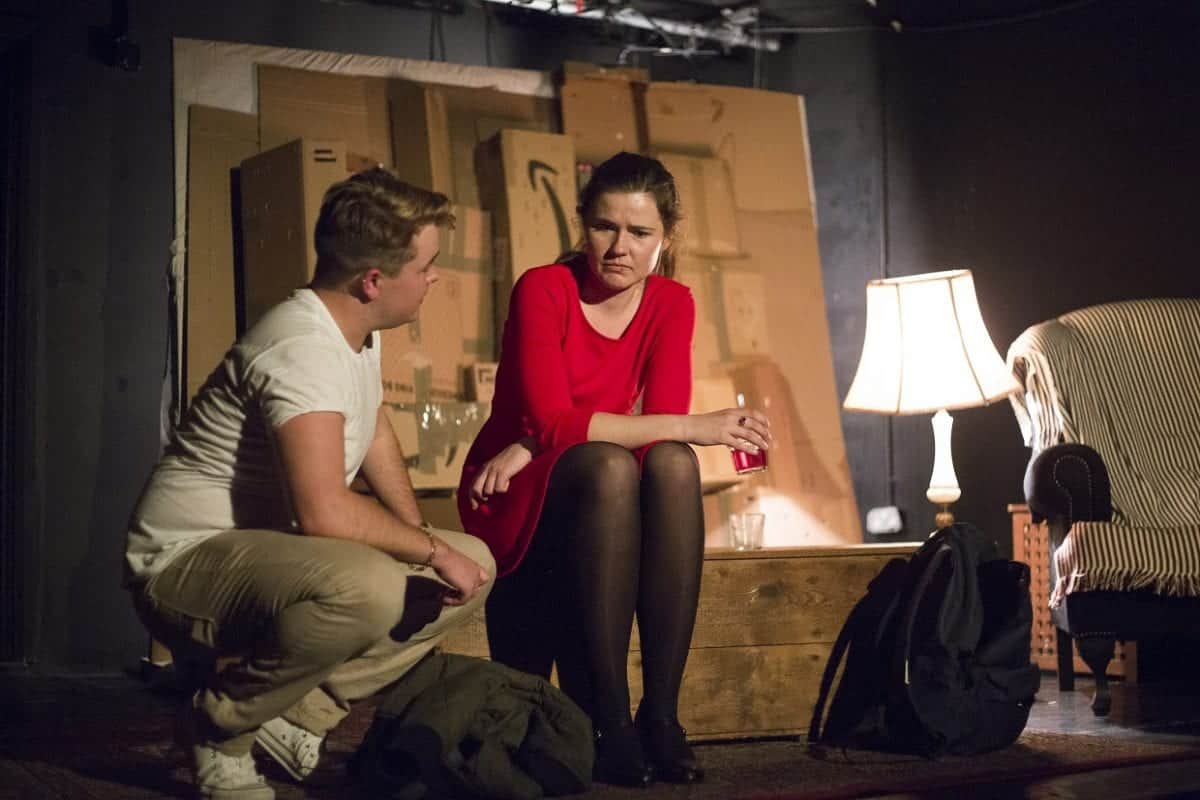 No one might have planned it quite this way but this vulnerable three-hander could not have come along at a more perfect time. Two baby boomers-Sam, a buoyant dreamy American and Joey, sad and lost in her Englishness-meet upon a rooftop overlooking New York. He’s all starry-eyed and full of cheek, she’s overflowing with self-loathing and casts a cynical eye on an America on the cusp of the Obama administration. For a while they find solace in each other, and for a moment it seems they might disappear into the sunset happily ever after. The fantasy wanes though when they discover their true connection is Joey’s father George, a man who has been a shadowy figure in his daughter’s life, but who provides a reason to live and a way into his eventual career for Sam.

Ella Hickson’s follow up to her play Eight is often cited as an illustration of her progression towards more mature works and she deftly explores form and narrative voice here. But perhaps unintentionally the play eerily foreshadows our more negative times. It is hauntingly prescient in its analysis of identity and nationalism and how a society treats its older population and it might make an audience want to turn the clock back to 2009.

“The English,” says Joey “might not believe in heroes because they don’t exist.” Hickson could not possibly have foreseen how America and the UK need them now nor how historical events would make this often cited “slight” work seem so relevant. But as Joey and Sam bicker over identity Hickson gives us a sense of what it really means to lose it-dementia tears at George’s mind and his self-worth and leads him more and more into a world where the others cannot follow. As Joey, craving fatherly support, is left grasping at straws, it is possible to metaphorically compare George’s decline with the present ideological downturn of both countries either side of the pond.

If Hickson’s play does not quite explore its themes adequately enough, Brock Elwick’s tight and evenly paced directing makes up for it. Henry George Lewis as Sam is captivating in his portrayal of an upbeat young man who runs on waves optimism. Meanwhile, Marta Kane’s thoughtful Joey illustrates that there’s more to her English despair than being a baby boomer-as is now unfortunately historically proven.

Between them, Mark Keegan’s George provides a backdrop of tough realism. His moving portrait of a man losing his mind never touches on the sentimental, instead, we get a glimpse of the inexpressible horrors dementia brings. Francesca Jones’ set design helps poke fun at the starry-eyed white American’s sense of national character- and there is something so theatrical about Kane’s entry onstage in a red party dress (as if she is in a fairytale) that one begins to wonder at the real messages behind the play.

Is national identity all a myth? Do we need it? Are we all just people playing out roles in personal fairytales on a world stage full of bright lights built on bits of flimsy cardboard? Whatever, Hickson gives us two narrative futures to choose between and they might seem cliched or ringed with the truth. Whichever you lean towards remember no one has to accept the national narrative any government may try to impose upon its citizens. Which in our times might be a good thing to think about.