Never have I laughed more than when reading a website of mis-translations with my brother as a teenager. Highlights included such classics as: “Tiny grass is dreaming”, “Itty Bitty Baby” and the undeniable champion, “The Loin King” (Hakuna My-groina). The well of hilarious translation errors may be well tapped on reddit, but the comedy gold […] 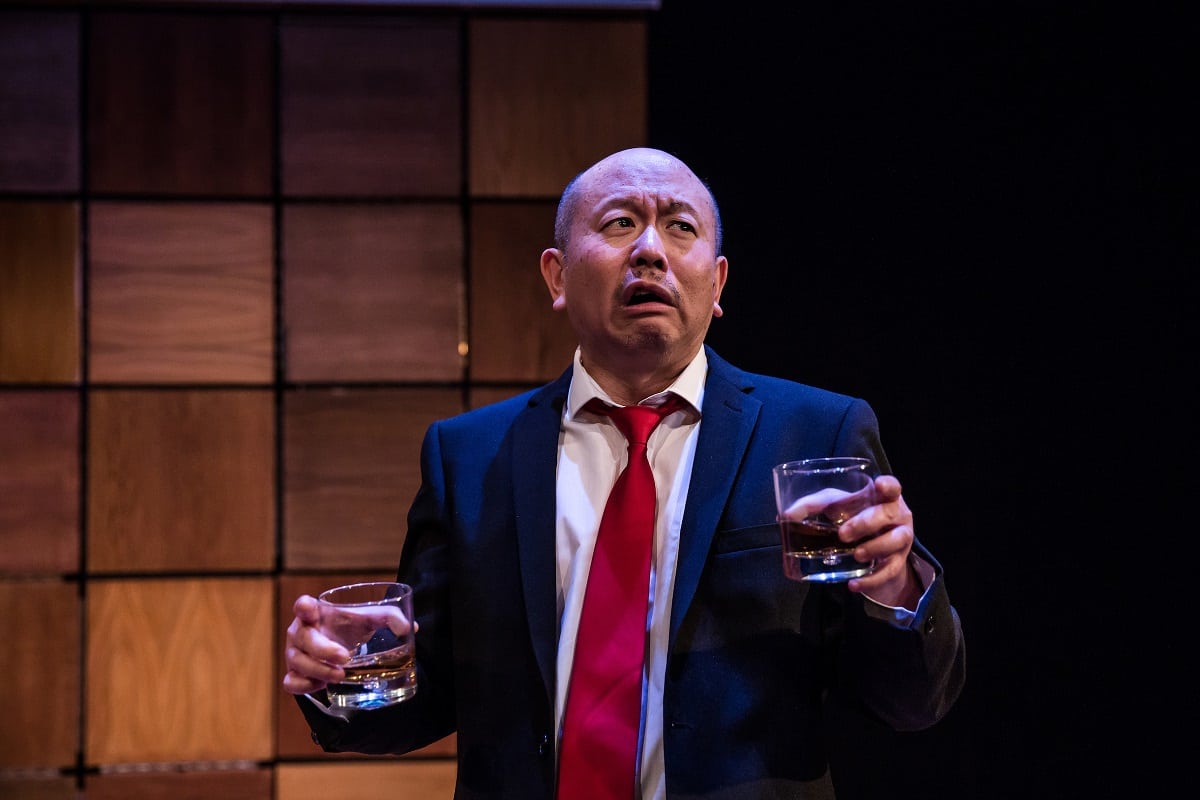 Chinglish Production PhotosCredit: The Other Richard

Never have I laughed more than when reading a website of mis-translations with my brother as a teenager. Highlights included such classics as: “Tiny grass is dreaming”, “Itty Bitty Baby” and the undeniable champion, “The Loin King” (Hakuna My-groina). The well of hilarious translation errors may be well tapped on reddit, but the comedy gold has yet to be successfully mined by the theatre industry. Until now.

Maybe because producing such a show would be an absolute minefield. Even the title Chinglish inspires me to make a noise that sounds like “Mmm!” but also has background notes of mild eyebrow raising, and a thinly veiled attempt to distinguish myself from anything that sounds like I might be a racist. Which maybe makes me a little bit racist.

For the first time in the UK, the play by prolific, Tony Award winning David Henry Hwang is running at Park Theatre and because I am a jammy bastard, I got to go along. It’s funny, even though half of it is in Chinese which I could not be further from being able to understand. I say Chinese, but the same part of me that does mild eyebrow raising also wants to refer to the language used in the play more specifically – such as Mandarin or Cantonese – but the characters all call the language Chinese so I will too.

Pretty much half of Chinglish is in Chinese, so they use surtitles projected at the top of the stage. It sounds disruptive, but the vast majority of the humour of the show relies on understanding these subtle translation difficulties, and the surtitles do just that. An American businessman employs a British consultant to help him expand his signage company into China. He doesn’t speak any Chinese. The Minister for Culture doesn’t speak any English. Hilarity – and romance – ensue.

It’s a fun storyline, and surprisingly the poor translation joke doesn’t get old. If anything it gets funnier as the stakes get higher for this poor bloke – who basically has no idea what’s really going on. We’re fine, chortling away with our projected English translation, but it’s good to remember every now and then that he does not have a clue of what’s happening around him.

The performances from the entire cast are fun and well timed. There’s the occasional slice of over-hamming, but it bounces along so enjoyably I doubt you’ll mind or even notice.