Hands up if you’ve ever felt sad? Or fat? Yeah, I thought so. Oh Le Gateau Chocolat, we meet at last. Back in the annals of time when I used to work in PR, I was on the press team for a little show called Blanc de Blanc by Strut and Fret – the same […] 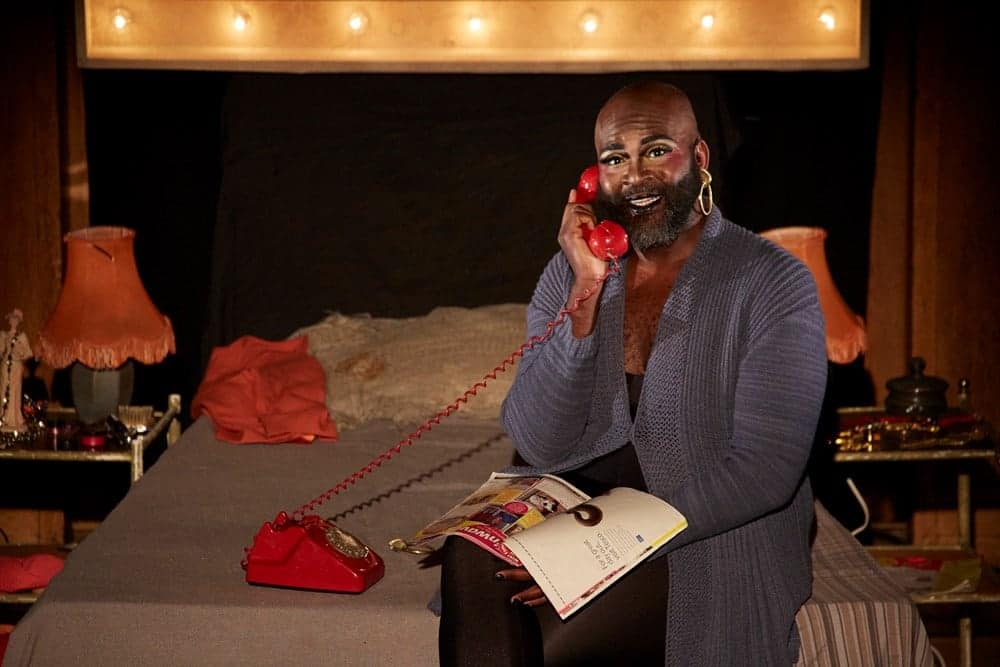 Hands up if you’ve ever felt sad? Or fat? Yeah, I thought so.

It was just the right day to see BLACK because I had managed to feel both sad and fat that morning. Ding ding ding! Jackpot! It was almost as if I had read the key messaging for the show and prepared my emotions accordingly. What can I say, I’m a professional.

I hadn’t actually read the key messaging – feels like cheating – but having worked on Blanc de Blanc I had an idea of what to expect from anyone who had worked with Strut and Fret: on our press night, a sex clown pulled a maraca out of her vagina and a critic ended up with an actual penis in her ear. 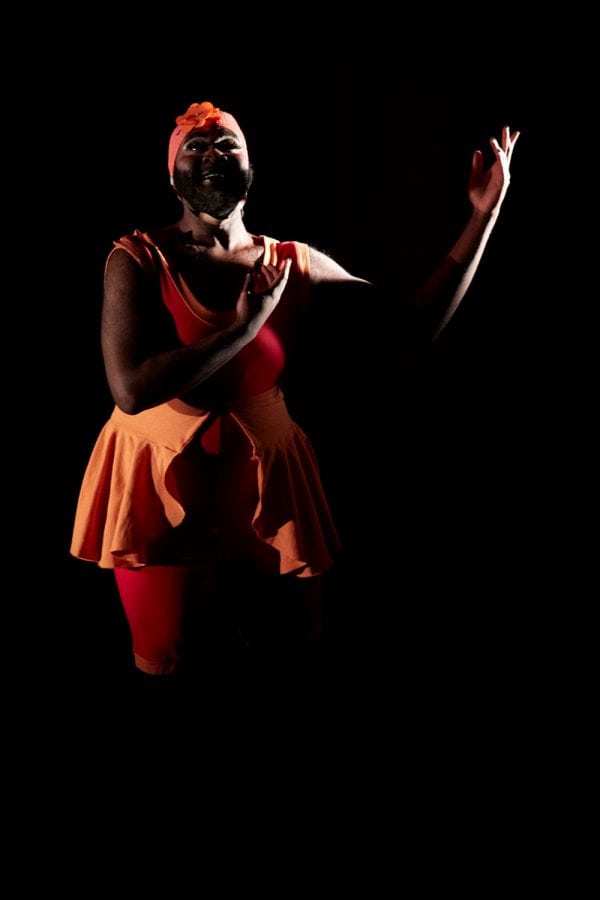 BLACK is much, well, blacker. It’s dark. And sad. Le Gateau Chocolat was born and raised in Nigeria before moving to the UK, and dealing with being fat, black, gay and sad has been a lifelong struggle. BLACK is the story of his sadness, told beautifully through illustration, monologue and song.

And boy, can that man sing. He has the lowest, and richest bass voice I have ever had the pleasure of hearing. It is otherworldly. He is otherworldly: tall, broad, and bearded – his contouring is on point – all topped off with this gut vibrating voice and a full set of false nails.

BLACK is funny, too. At several points the audience descended into what I can best describe as The Giggles. The synchronised swimming in particular is a hoot, and I’d love to know where his cossie is from. He doesn’t overplay the comedy, he gives the physicality of the humour some room to breathe and is all the funnier for it. 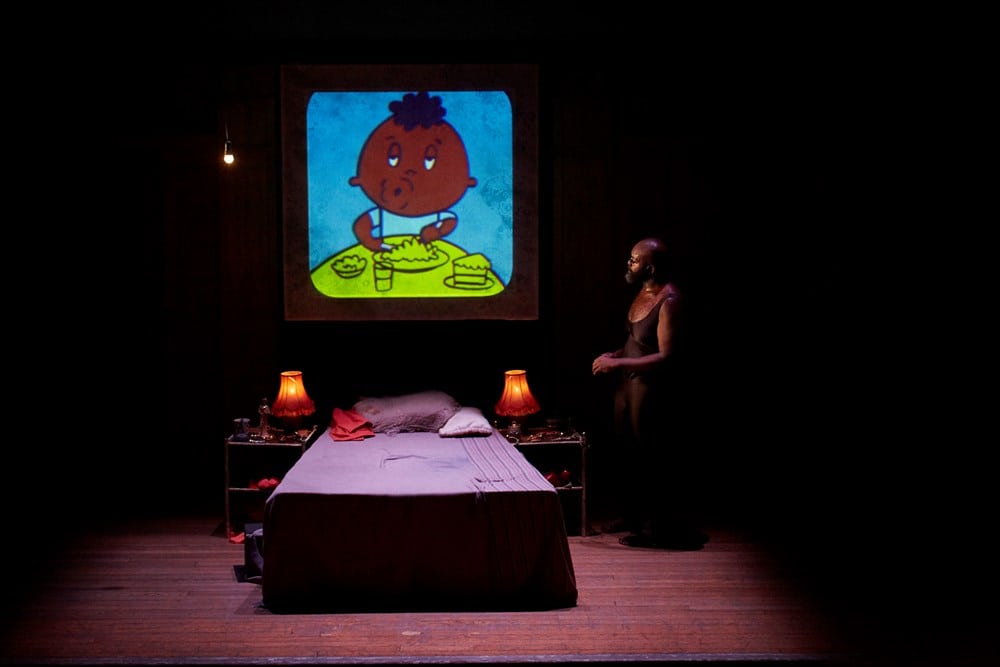 And still Le Gateau Chocolat is so endearing in his sadness; simultaneously vulnerable and strong. He discusses his life and how it wasn’t going to plan – and yet he is here, now, standing triumphant on the stage, singing opera in German and Whitney Houston.

BLACK is an inspiration to anyone who has felt other, and by my reckoning, that’s just about everyone. Maybe the deeper message of the show is to be nicer to ourselves, as well as each other.