“The Left has become totally unhinged. They no longer care what is Right for our Countrty!”, Donald Trump tweeted just hours before a Thursday night performance of Arthur Miller’s stage adaption of An Enemy Of The People, currently showing for the first time over 30 years at the Union Theatre in Southwark. “Accuse the other […] 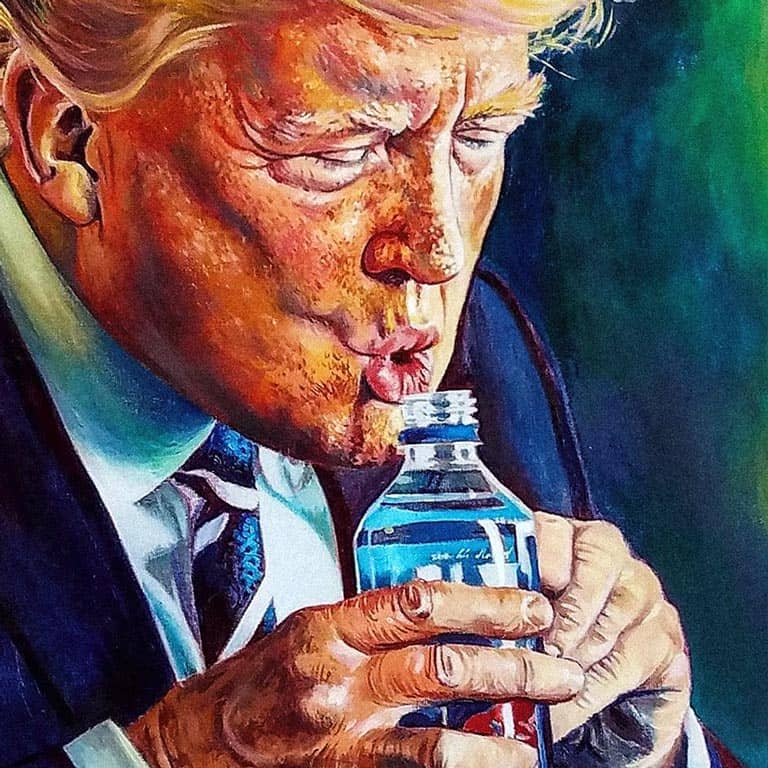 “The Left has become totally unhinged. They no longer care what is Right for our Countrty!”, Donald Trump tweeted just hours before a Thursday night performance of Arthur Miller’s stage adaption of An Enemy Of The People, currently showing for the first time over 30 years at the Union Theatre in Southwark. “Accuse the other side of that which you are guilty”, someone pertinently replied shortly after – straight from the mouth of Joseph Goebbels, the Nazi propaganda minister.

A play exploring the clash between science and politics, populism and realism and inconvenient truths certainly seems apt in this day and age. In June 2017 the President announced that the USA – one of the last remaining superpowers in the world- would cease all participation in the 2015 Paris Agreement on climate change mitigation. He stated that “The Paris accord will undermine economy,” and “puts the US at a permanent disadvantage”, with scant consideration given to the long-term damage that will be left in his wake.

At a local level the Flint water crisis, numerous shale gas projects and the Dakota Access Pipeline have threatened local water supplies in exchange for profiteering self-interest. In most instances the initial tussle between law enforcement and fossil fuel opponents have been forgotten as oil is extracted and transferred through the country’s vast natural terrains. Whether that voice was silenced or simply dissipated is a moot point. One thing that is for sure is that few things can curtail the relentless pursuit of profit in a ruthlessly capitalist western world.

Which is where An Enemy Of The People kicks off. Set in the American Deep South with MAGA hats abound and patriotism running deep Dr Thomas Stockmann (David Mildon) makes a discovery that could potentially derail a residential development that promises to make the town, and particularly its influential elite, considerably well off. The show follows Stockmann’s pursuit to break the truth and protect residents while up against a powerful mayor (Mary Stewart), a corrupt press and a local population who are predisposed to persuasive political rhetoric.

And although this ain’t all good, it ain’t half bad either.

The persuasive components of corruption are revealed, the inescapable grasp of power is candidly shown and the struggles of taking the path of most resistance in a bid to stay honest is there for all to see. If you don’t leave the show at least a little angry then it’s probably not for you, but it’s worth taking the journey just to find out.