Machinal was first performed in 1928 but its ninety-minute dissection of enforced marriage and America’s obsession with business and money-making is as resonant today as it has been over the last few decades. Playwright Sophie Treadwell (also a human rights journalist ahead of her time) took her main inspiration from the Ruth Snyder and Gray […] 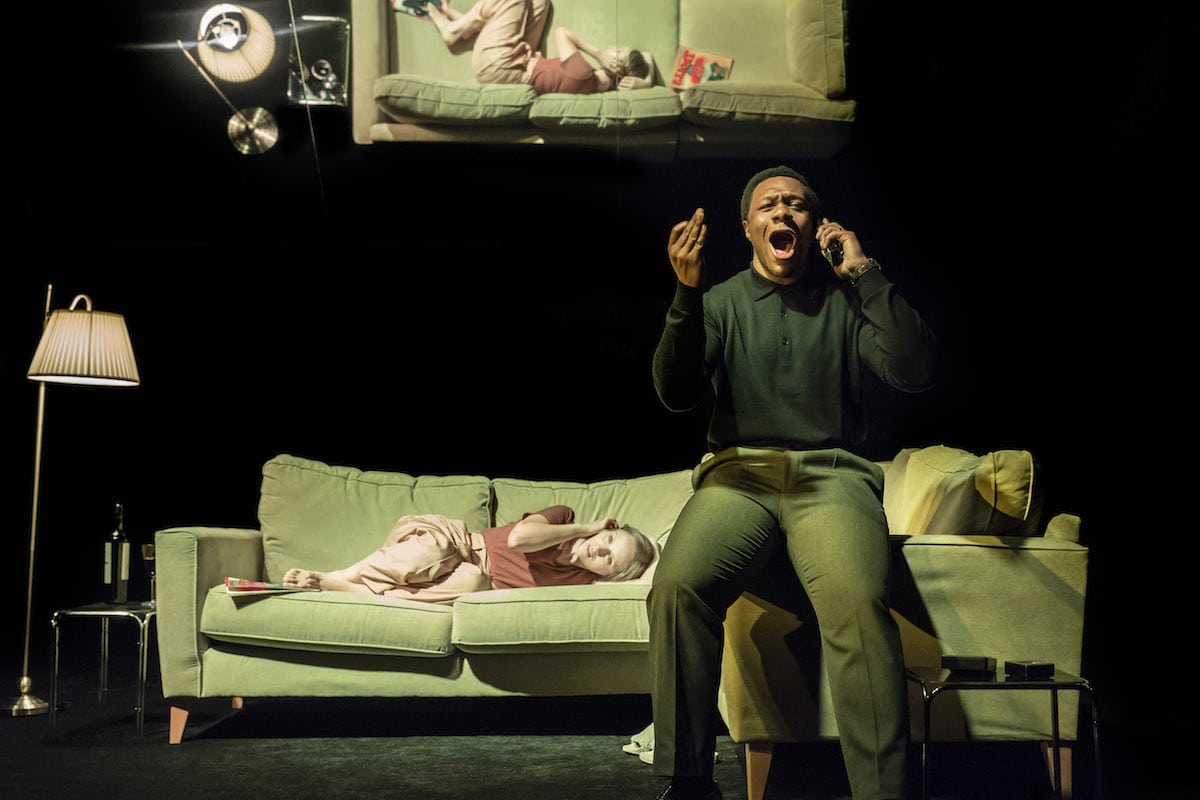 Machinal was first performed in 1928 but its ninety-minute dissection of enforced marriage and America’s obsession with business and money-making is as resonant today as it has been over the last few decades. Playwright Sophie Treadwell (also a human rights journalist ahead of her time) took her main inspiration from the Ruth Snyder and Gray trial which led to the first execution of a woman by chair in New York State. But Treadwell only uses Snyder as a way in to a startling account of a young, working class woman who is forced by environmental and economic circumstance to marry her abusive boss Jones and whose life becomes painfully enchained thereafter and ends tragically. Yet the alternative-perhaps to live a life in a dead-end job, single and lonely and destined for poverty row- seems just as horrifying.

The play is in ten episodic encounters in a style which seems to pre-empt the post expressionistic period in Germany and Brecht’s verfremdungseffekt (the term was first used in 1936) even as it pertains to be expressionistic. The style of writing comes up against itself-Helen or as she is mostly known, the Young Woman and the main protagonist, trapped in a marriage with Jones, recites her streams of consciousness of distress staccato like, clipped and at odds and in counterpoint to the more naturalistic dialogue of the others (office workers, lovers, bullying mother), who are however, only driven by animal and materialistic desires (Jones can only think of earning enough money to buy a Swiss watch and her mother dreams only of the allowance she will get because of the marriage ). The conflict of styles sits with the audience so uncomfortably that it jolts them out of their sympathies for the Young Woman as she progresses with fear through her honeymoon and with disinterest during childbirth and drags attention from herself towards the machinations of the production- Ben and Max Ringham’s clattering overwhelming sound track, Jack Knowles’ light which snaps on and off like an analogue TV set at the beginning and end of each episode, Miriam Buether’s clever stage which resembles more a modern police interrogation room with its plush velvet walls, carpets and ceiling mirrors. Sometimes it feels like one is watching a fly on the wall NBC documentary set in Manhattan. All of this is on purpose of course- if we sympathise with the Young Woman too much we’d be drawn unrelentingly to boiler-point and unable to see the wood for the trees, something Treadwell herself was keen to avoid.

Director Natalie Abrahami too keeps us on our toes by setting each episode in a different decade to get us thinking about how women’s rights and the far reaching crushing arms of society has changed, accompanied by a hurting “Don’t let me be misunderstood” from Nina Simone (she herself was a victim of her husband’s abuse although some believed this song had more relevance to the Civil Rights movement) and Nirvana’s Teenage Spirit- Kurt Cobain was famous for his opposition to sexism. But it also becomes clear that an abusive and unavoidable marriage and the crushing pressures of society, are not the only topics for scrutiny under Abrahami’s microscope. Some women in the western world may have more choices now (as other critics have pointed out) and don’t have to rely on marriage to provide economic stability, but, Abrahami seems also to be asking, are they in charge of their bodies or are others? From the right off, Abrahami and choreographer Arthur Pitts seem to say, “may be not”. Jones (Jonathan Livingstone) not only takes the Young Woman’s hands (Emily Berrington) he positively leers over her at her desk, entrapping her with his body (which woman has not been there and time over?). Even her lover, First Man (Dwane Walcott) surreptitiously pats her knee under the table without asking as if it is a human right. As time goes on, it’s not her marriage that becomes the prison or her dismay at not being a good enough mother, but the way that- now transported somewhere into the Noughties- Jones still uses her as play thing, grabbing her body, putting it over his as if she is a child and she can’t protest it because it is so normalised. This is made explicit in the scene, post sex, where the Young Woman and the First Man lie on their bed. As the Young Woman talks happily and excitedly about freedom, the First Man straddles across her, one hand either side of her head in unconscious bias and domination-not forcing her down may be, but definitely not allowing her up. We know she’s not free and the worst scene to render this, is one towards the end where all ownership of her body is lost-this moment made me cry to the extent that I worried someone might see.

But it would be wrong to read this play as merely a feminist text. To show how society, capitalism and patriarchy and male entitlement enchains everyone, especially those further down the pyramid, Abrahami chooses to make Jones a black American (the role was first played by Clark Gable). His speech where he gets to say he knows about being at the bottom and having to pull oneself up, has that much extra resonance especially when it runs right before Simone’s song. The Young Woman is not the only victim.

There are some startling performances from all, especially Emily Berrington, Jonathan Livingstone and Dwane Walcott.

Elements of this show may remind some of the most recent production of Beckett’s Breathe at the Royal Court (this would not be wrong) and it should be seen in tangent with Julie at the National Theatre- both these plays have similar symbolic endings and have pertinent things to say about sexism, race and class.

At the Almeida until 21st July