By Will Bateman (@WillBateman6611) To be in the position in which Lifehouse found themselves is a tricky one; seven albums deep, 15 million album sales worldwide and now free from the watchful eye of a major label, entering the studio with a more “do it yourself” approach for ‘Out Of The Wasteland’ according to lead […] 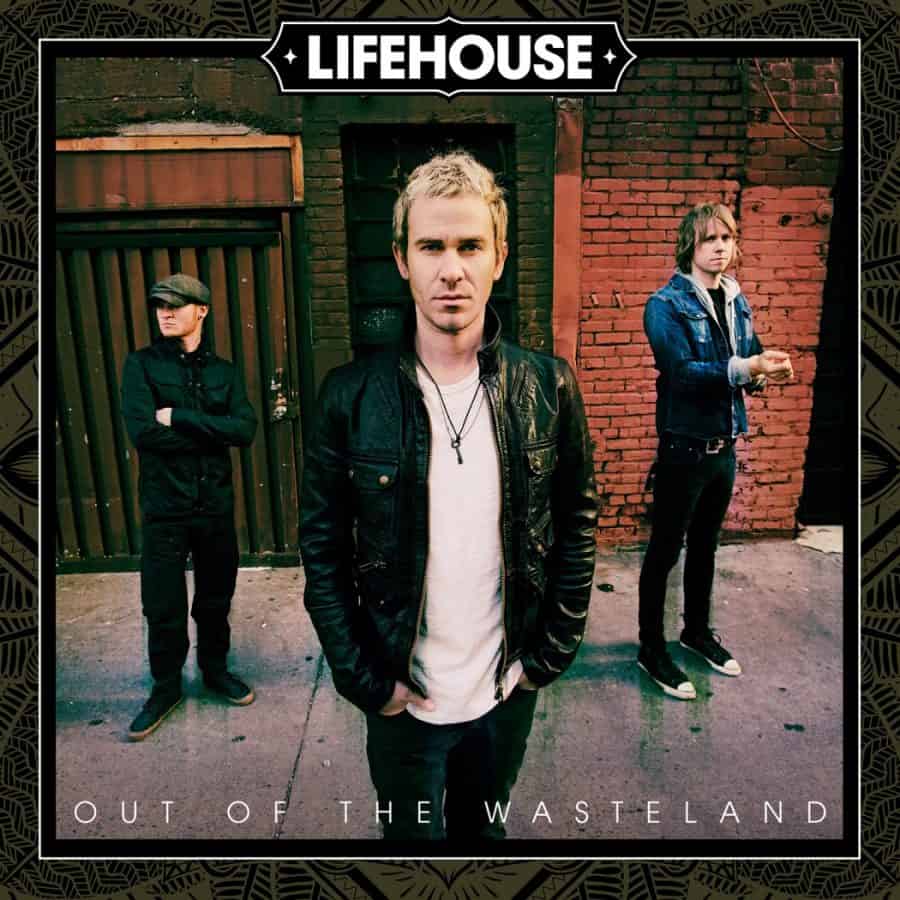 To be in the position in which Lifehouse found themselves is a tricky one; seven albums deep, 15 million album sales worldwide and now free from the watchful eye of a major label, entering the studio with a more “do it yourself” approach for ‘Out Of The Wasteland’ according to lead singer Jason Wade. A new-found feeling of creative freedom was surely present. But they don’t seem to really get out of the “wasteland” as they do meander around it in a not too dissimilar style as ever before, never straying too far from familiar ground. But at the point they’re at in their career it’s easy to wonder if they can, or even want or need to.

‘Hurricane’, lead single and album opener is a triumphant return for fans after their 2-year hiatus, with concerns of disbanding. Wade described the pop-rock, sing-along as the “catalyst” for the whole album. After taking some self-proclaimed riskier directions with the last few albums, ‘Hurricane’ and ‘…Wasteland’ in general sees them “finding their roots” again. For long-time fans it will be a moment of elation and rejoice, though it struggles to properly break out of a very formulaic and linear quality. Along with the super-polished production it fails to strike with the genuine emotion it seems to be trying to target.

This is as an on-going issue throughout ‘…Wasteland’. Also seen primarily on ‘One For The Pain’ and ‘Runaway’. Again, Lifehouse grab with a catchy and direct verse (‘…Wasteland’ is also admittedly littered with impressive and well placed string arrangements in various points throughout), but then due to the over the top, mechanical balladry of the chorus is fails to really elevate itself to something that draws you in or blows you away in any regard. While ‘Central Park’ is something you could imagine Avril Lavigne listening to while driving in the rain looking pensively out the window, wondering where it all went wrong.

It would be unfair, however, to imply ‘…Wasteland’ is without talent, or ability. It just has an unfortunate underlying presence of not quite reaching the level it wants to. ‘Wish’ is an opportunity to see where Lifehouse’s positives lay, and helps define further the issue with previous tracks by comparison. While again focussing on a subject matter of a lost love, it’s due to a more stripped back and understated approach that the track makes a far more honest and connecting attempt than, say, ‘Flight’. Its restraining from the burst into emo-balladry seen elsewhere doesn’t give it the opportunity to work to its own detriment. Album closer ‘Yesterday’s Son’ promises a similar style with its carefully unobtrusive piano intro, but it unfortunately doesn’t last, reverting back into a stadium pop-rock anthem style.

It’s easy to see the appeal of Lifehouse’s trademark catchy radio-friendly pop but it’s a fine line between easy accessibility and middle-of-the-road generic. ‘Out Of The Wasteland’ isn’t without its merit, genuine talent and a level of variety in its song writing, but it’s that polished approachability that prevents it from making that step forward they could have made into more substantial and compelling territory.