Morrissey is more than just an enigma; he has a legion of dedicated fans who are devout followers of his work. Always a controversial figure, he has often made some outrageous quotes and has even been accused of racism. Either way he has achieved a demi-god like status. The Independent newspaper said of him, “Most […] 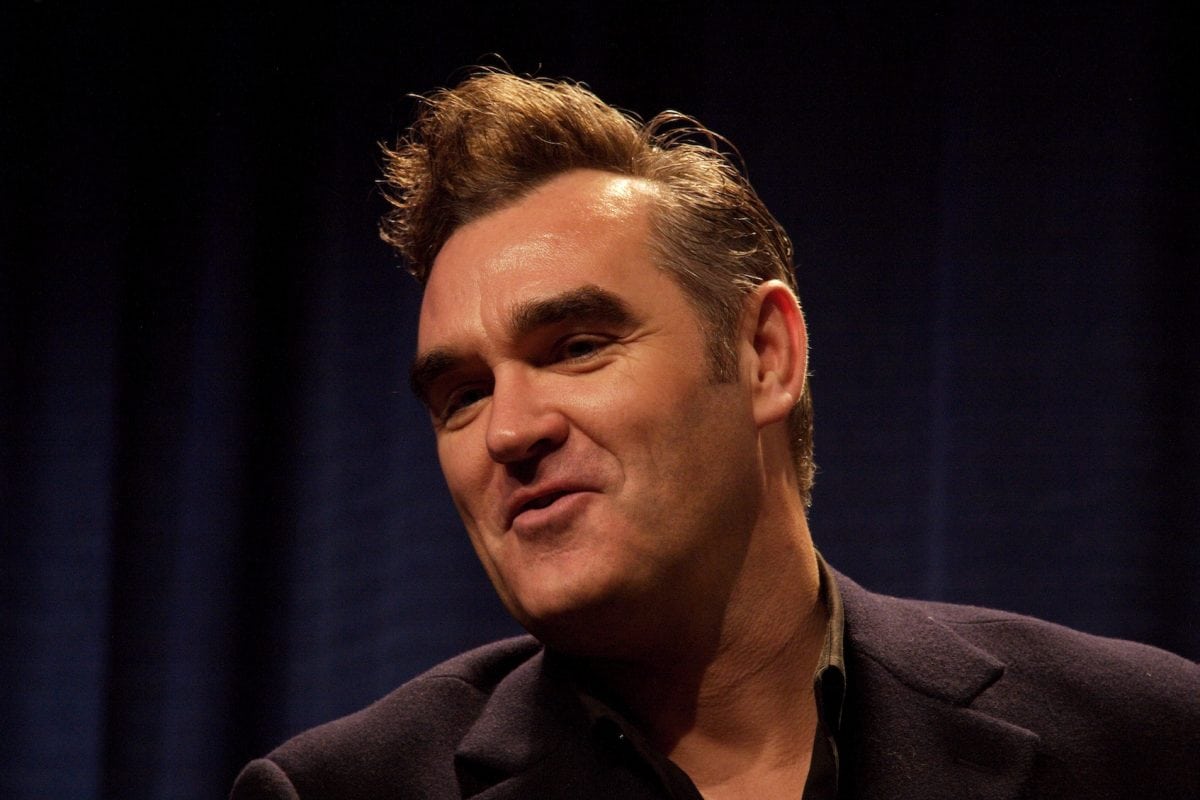 Morrissey is more than just an enigma; he has a legion of dedicated fans who are devout followers of his work. Always a controversial figure, he has often made some outrageous quotes and has even been accused of racism.

Either way he has achieved a demi-god like status. The Independent newspaper said of him, “Most pop stars have to be dead before they reach the iconic status he has reached in his lifetime.”

Here are his best quotes

1.On growing old: “Age shouldn’t affect you. You’re either marvellous or you’re boring, regardless of your age.”

3. On the record label Rough Trade: “Whatever it was that Rough Trade were, they were not a hip label, and by their appearance, Rough Trade personnel in the early 1980s need never have feared sexual assault.”

5.On his newfound celebrity: “My social status leaps after decades of disqualification on grounds of radiation. The doorbell rings and there stands Vanessa Redgrave. ‘Marcie,’ she begins, and then goes on about social injustice in Namibia, and how we must all build a raft by late afternoon — preferably out of coconut matting.”

6. On the Beckhams the “The Peckhams,” (as he describes them): “insufferable and dragged to the edge of the village and flogged.”

7.On residing in America: “I normally live in Los Angeles – if you can call it normal living.”

8.On not getting any: “That was the problem with the ‘celibate’ word because they don’t consider for a moment that you’d rather not be, but you just are. I was never a sexual person.”

9. Morrissey links the suicide of a London nurse to the Duchess Kate Middleton: “There’s no blame placed at Kate Middleton, who was in the hospital for, as far as I can see, absolutely no reason . . . She feels no shame about the death of this woman. The arrogance of the British royals is staggering, absolutely staggering.”

10. On London Olympics: “The ‘dazzling royals’ have, quite naturally, hijacked the Olympics for their own empirical needs, and no oppositional voice is allowed in the free press. . . The spirit of 1939 Germany now pervades throughout media-brand Britain.”

11. On Norway massacre in which 77 people died: “That is nothing compared to what happens in McDonald’s and Kentucky Fried shit every day.”

12. On Chinese animal cruelty: “You can’t help but feel that the Chinese people are a subspecies.”

13. On Elton John: “Bring me the head of Elton John . . . which is one instance in which meat would not be murder, if it were served on a plate.”

14. On Madonna: “Madonna reinforces everything absurd and offensive. Desperate womanhood. Madonna is closer to organized prostitution than anything else.”

15. On dance music: “It’s the refuge for the mentally deficient. It’s made by dull people for dull people.”

16. On Band Aid: “Bob Geldof is a nauseating character. Band Aid was the most self-righteous platform ever in the history of popular music.”

17. On Brighton hotel bombing: “The sorrow of the IRA Brighton bombing is that Thatcher escaped unscathed.”

18. On his proximity to celebrities in L.A: “My neighbour is the very famous Johnny Depp, who looks away should I ever appear. When my seven-year tenure at Sweetzer ends, Johnny Depp will buy the house for use as a guest annex.”

19. On modernity: “Whenever I go past Mcdonalds I get very, very angry.”

20. On rap music: “I really do think it’s a great musical stench. I find it very offensive, artless and styleless. To me it’s very reminiscent of thuggery, pop thuggery. I don’t want to hear it at all.”

21. On comedians: “If met Vic Reeves, I’d have no desire other than to smack him in the face.”

22. On indolence: “Doing nothing gives me great pleasure. And believe me, I succeed wonderfully in it.”

23. On regret: “Life would be so colourful if only I had a drink problem.”

24. On being miserable: “What’s the first thing I do when I wake up in the morning? Wish I hadn’t.”

27. On wishful thinking: “I am capable of looking on the bright side – I just don’t do it very often.”

28. On personal appearance: “Long hair is an unpardonable offense which should be punishable by death.”

29. On animal welfare: “With people in the world such as ‘Jamie Oliver’ and [TV chef] Clarissa Dickson-Wright there isn’t much hope for animals.”

30. On awards ceremonies: “The Brits are ghastly. I never would accept a Brit. It would be like Laurence Olivier being happy getting a TV Times award.”