By Joe Mellor, Deputy Editor Liam Gallagher took up the ice bucket challenge and decided to call out his estranged brother Noel to throw some cold water over himself, but this is likely to fuel the fire between the warring siblings. But what better opportunity to revisit some of Liam’s greatest quotes. Let’s av’it 1. […] 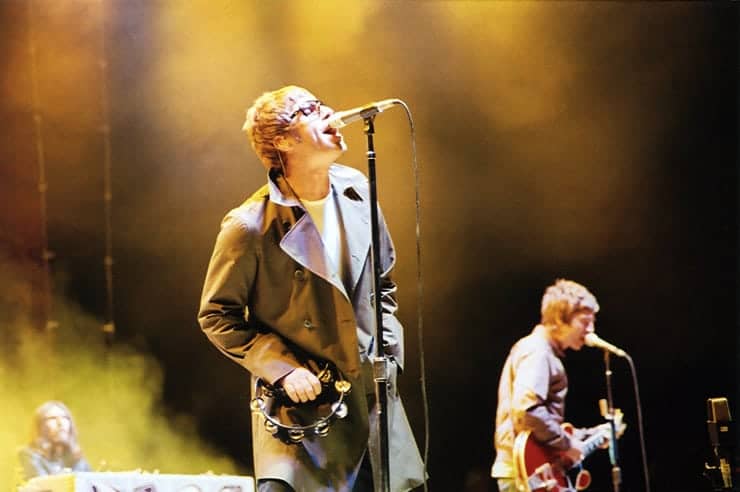 Liam Gallagher took up the ice bucket challenge and decided to call out his estranged brother Noel to throw some cold water over himself, but this is likely to fuel the fire between the warring siblings. But what better opportunity to revisit some of Liam’s greatest quotes. Let’s av’it

1. On footballers: “[Mario] Balotelli’s a character but he needs to sort his napper out. I like characters – if the world was full of fucking Gary Nevilles, it would be bobbins. He looks like an estate agent.”

2.On Radiohead’s The King of Limbs: “I like to think that what we do, we do fucking well. Them writing a song about a fucking tree? Give me a fucking break! A thousand year old tree? Go fuck yourself!”

3.On the Premiership: “I’m moving back to Manchester if City win the league. I’m going to buy a house next to Mani out of Stone Roses and be a real noisy fucking neighbour – hurl abuse at him over the fence.”

4.On tuition fees: “I’d have liked to have gone to fucking college, you know what I mean? But we couldn’t afford it. Some of us had to go down and dig holes on the site with fucking Murphy and Dick

5.On Green Day’s Billie Joe Armstrong: “Fuck right off. I’m not having him. I just don’t like his head.”

6.Everyone knows that if you’ve got a brother, you’re going to fight.

7.On going out to gigs: “Fuck that. What’s the point? The bands are all shit, aren’t they? Go out to socialise and have some student stand on your fucking shoes?”

8.On the Blur reunion: “I’m right into it, [because] it’ll finish off the Kaiser Chiefs and put them to bed. There’s nothing worse than a shit Blur.”

9.On Pete Doherty and Tom Chaplin: “Posh boys can’t take drugs, man, they’re lightweights. They have one little line, and they’re in rehab”.

11.On Bloc Party: “They remind me of a band off University Challenge. Like they’re sitting on a panel.”

12.On what the public thinks of him: “Loudmouth blagging gobshite from Manchester…and they’d be totally correct.”

13.On Victoria Beckham’s literary aspirations: “She can’t even chew gum and walk in a straight line, let alone write a book.”

14.On Jack White: “The White Stripes? Fooking rubbish. School ties? At the age of 24? Fooking hell.”

15.On Pete Doherty (again): “What does the word Libertine mean? Freedom! He’s in the corner doing smack with a helmet on his head. There’s nothing free about that. It’s nasty.”

17.Americans want grungy people, stabbing themselves in the head on stage. They get a bright bunch like us, with deodorant on, they don’t get it.

19.I am a tender, beautiful and loving guy that happens to slap a photographer now and then because they get in my way.

20. On getting banned from The Groucho Club: “Gazza was at the bar, using that old joke: ‘D’you want a ‘Roll With It’? D’you want a roll with your soup? So I squirted him with a fire extinguisher

21. On Coldplay and Radiohead: “I don’t hate them, I don’t wish they had accidents. I think their fans are boring and ugly and don’t look like they’re having a good time

22. On not being invited to meet Tony Blair: ‘no I didn’t get invited to Downing Street and why the fuck would I want to go there, looks like a shit house anyway’