Ecclectic art rockers Moulettes have announced an extensive UK/Irish jaunt throughout December, encompassing 18 shows and bringing a rapturous conclusion to their two-year Preternatural tour which has taken the group across Europe and Canada. The band will be performing at Cadogan Hall, London on Friday. Moulettes’ Hannah Miller and Raevennan Husbandes took the time ahead […] 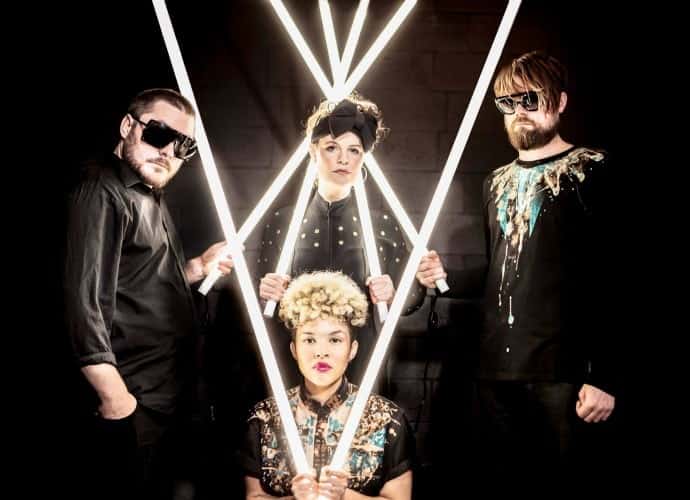 Ecclectic art rockers Moulettes have announced an extensive UK/Irish jaunt throughout December, encompassing 18 shows and bringing a rapturous conclusion to their two-year Preternatural tour which has taken the group across Europe and Canada. The band will be performing at Cadogan Hall, London on Friday.

Moulettes’ Hannah Miller and Raevennan Husbandes took the time ahead of the show to chat to TLE about the upcoming tour and the recording process of Preternatural.

What can fans expect on your upcoming tour? Any surprises in store?
Raevennan Husbandes: If we told you it wouldn’t be a surprise! What’s a tour without a few surprises, eh?

Hannah Miller: I think the whole show is quite surprising, comparatively! It still sneaks up on me sometimes… but, we are looking forward to collaborating onstage with some of our opening acts- as we hand-picked most of them and they are all excellent! So watch out for some cross-pollination. In London we have 9Bach & Cellist / Vocalist Ayanna Witter-Johnson – I’m really excited about this show.

Are there any dates you are particularly looking forward to playing?
RH: All of them. Absolutely all of them. It’s our last tour for a little while so I’ll be making the most of every town, city and venue we visit this December.

HM: I’m happy we’re playing Scotland and Dublin, and there are some of my favourite venues on this tour- like Bristol Trinity. The London show is in Cadogan Hall which is a beautiful space.

How would you describe the experience of recording Preternatural? Was it an enjoyable experience?
RH: Recording is really exhilarating experience. Making this album was exciting and intense, in equal measure. Kinda.
HM: It was intense, mainly because we were recording in the week, and playing 2 or 3 festivals a weekend. that is two quite different mindsets, in a way. But, every time I have made a record, I feel like I learn so much, Its always a steep learning curve- but I love it, it is the laboratory of dreams!

What was your process when writing the album?
HM: I started demoing short versions of the songs in spring 2015 in a friends shed-palace; so building up moods and textures, writing some riffs and orchestration, and working out most of the frame work for the lyrics- I had a few instruments to play with, and a sound library of field recorded ‘found’ sounds, and was doing late night research in to strange creatures in internet rabbit-holes, watching a lot of David Attenborough. Then I brought the demos to the group, and we worked through them extensively,evolving them and developing sections and parts, tweaking the arrangements and playing them out. It was a real mega-beast, a bizarre hybrid monster ! Jim Mortimore (Bass/synth bass) mixed the record, another extensive, detailed process!

When did the writing process begin?
HM: Early 2015. ‘Hidden world’ was the first song, and we were performing it out and about around this time I think. It was about the joy of being surprised by new discoveries, and the importance of long-term thinking, inspired by the Extremophile Halicephalobus Mephisto Nematode worm. Unlike most other life forms It doesn’t need oxygen, or sunlight, and lives under extreme conditions of pressure & heat, and caused a big stir in the scientific world.

Is there a particular meaning behind the record title?
HM: Yes, the record is about scientific enquiry, and our relationship to the natural world;
the challenges of climate change, the role of technology, the tragedy of extinction, and the beauty and wonder of different species.
I found this quote about the meaning of the word ‘Preternatural’ :
“Suspended between the mundane and the miraculous, in a domain of Wonder & Marvel. Strange specimens evoke questions about the natural order… they provoke the spirit of investigation»
There is a more detailed definition and explanation in the liner notes- which you can read on our website www.moulettes.co.uk