Australian singer-songwriter Emily Barker is in town on Wednesday, playing the Borderline in support of her latest release Sweet Kind Of Blue. She has penned and performed theme songs for BAFTA and Ivor Novello winning television dramas Wallander (starring Kenneth Branagh) and The Shadow Line, and for the movie The Keeping Room, as well as […] 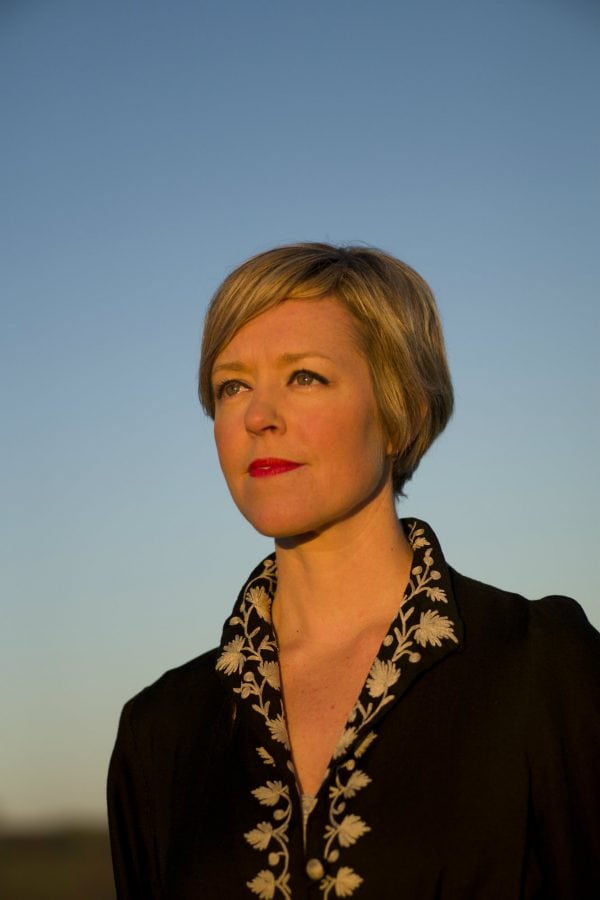 Australian singer-songwriter Emily Barker is in town on Wednesday, playing the Borderline in support of her latest release Sweet Kind Of Blue. She has penned and performed theme songs for BAFTA and Ivor Novello winning television dramas Wallander (starring Kenneth Branagh) and The Shadow Line, and for the movie The Keeping Room, as well as an entire musical score for the poignant and well-received 2015 road movie, Hector, starring Peter Mullan.

How would you describe the experience of recording Sweet Kind Of Blue? Was it an enjoyable experience?
It was probably the best musical experience of my life. I didn’t meet any of the musicians until the first day of recording and the plan was to go live to tape and complete the whole album in just 4 days with the core band. So quite a different way for me to work! Usually I would rehearse everything up with the musicians beforehand. But that’s not how they roll in Memphis. So I rocked up to the beautiful retro building that is Sam Phillips Recording Service (not to be confused with Sun Studios – ‘Phillips’ studio was designed by Sam himself and built in the late-50’s after the success he’d had with Sun Records), and after meeting the band, I picked up my acoustic guitar or sat at the piano and played them my songs. I have to say that it was slightly intimidating given that these guys area A-list Memphis musicians who have all played with the likes of Al Green, Isaac Hayes, Ann Peebles, The Allman Brothers, Neil Young, Cat Powers…the list goes on. But they were incredibly humble and all southern gents so they soon made me feel at ease. I’d play the songs and then we’d discuss chords and structure and also…”the groove”. With the Memphis history of Stax and the blues, the groove is integral when it comes to arrangements. We’d play each song through a few times and then hit record on the tape machine. It was such a thrilling way to work and I loved how the songs evolved from their original form to what you hear on the album. I couldn’t have imagined they’d turn out how they did. They got Memphised!

What was your process when writing the album?
The album is a combination of songs written just on my own as well as some co-writes. Co-writing is not something I’d done much of before so it was a new experience for me and something I really enjoyed for this record. I particularly loved working with Boo Hewerdine. We co-wrote three of the songs on the album and my particular favourite is, ‘Sister Goodbye’ – a song dedicated to the memory of Sister Rosetta Tharpe.

How was it working with Matt Ross Spang? Did he have an impact on the sound of the record?
He was incredible to work with. Such a talented and lovely person and he had such a great vision for the record. When he heard my demos, he starting thinking along the lines of Burt Bacharach and classic Memphis albums by Dan Penn and Ann Peebles. I loved this vision. He organised the recording to take place at Phillips studio, which certainly had a huge impact on the sound. The atmosphere in that room makes you giddy. All those stories in the walls and the fact that until recently, its been pretty much non-operational (for the past few decades), created this magical energy in the room which carried us all through the recording. Matt also was very clever in who he chose to play on the album. There was such a synergy between us all, and that is such an important factor as a producer to get right – especially when tracking live and working out arrangements on the floor.

Are there any tracks on the record you are particularly proud of?
It’s hard to single out any in particular because I’m proud of them all. We recorded ‘Sweet Kind of Blue’, the title track first, and I remember when the drummer Steve Potts counted us in and then we took off with the tape rolling. I couldn’t believe the sound that was coming into my ear cans! It was so big and so soulful and I felt like I was levitating as I was singing that song. I realised as soon as we were all in on that song just how much fun this was going to be making this record with these guys. I’m proud of the whole record but perhaps that song lay down the blueprint for the record and the rest just flowed from there.

Is there a particular meaning behind the record title?
“Sweet kind of blue” was a line I had floating around for a while and it didn’t find a home until Rick Steff and I wrote the title track. I felt like it was a good album title because it summed up so much about the sound and content: the album having a bluesy/soulful feel to it plus a sweetness in the ballads, it fitting the “blue-eyed soul” genre with artists such as Dusty Springfield and David Bowie and Dan Penn, the album lyric content being melancholy in places but then also joyous in others, it just all seemed to fit neatly.

Who are you taking out on tour with you?
Lukas Drinkwater on bass and backing vocals, Pete Roe on keys, guitar and backing vocals and Rob Pemberton on drums and backing vocals. They’re all incredible musicians and we’ve done some great new versions of the album material, plus they’ve breathed new life into some older songs, too.

How do you find life on tour?
Mostly I love touring, although sometimes you can tip the balance and be away too much and it starts to affect relationships negatively. So like everything, its about trying to find a balance. After quite a few years of doing it now, I know how to keep myself healthy and positive and I’m able to sustain fairly rigorous tour schedules through knowing how to look after myself. I always enjoy it when there’s time to see a place a bit rather than just the venue. I also like the variation of touring solo, duo and with a band. It keeps all configurations fresh.