Ticket provider Skiddle have released a statement regarding refunds for Liverpool’s Hope & Glory Festival, which fell apart in spectacular fashion last weekend. Ticket holders complained of lax security, overcrowding and heavily delayed bands, as well as lacklustre stages and facilities. The festival was organised in the aftermath of the Manchester terror attack at the […] 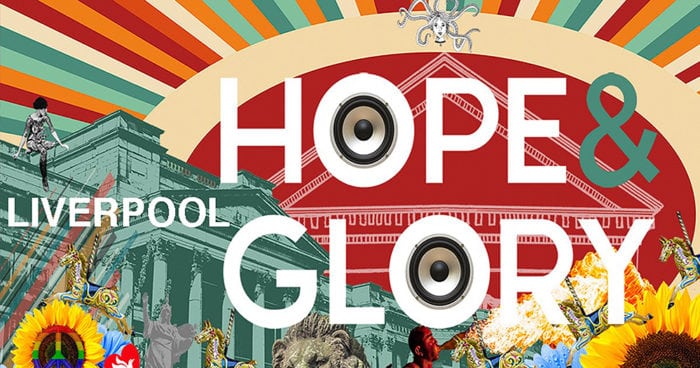 Ticket holders complained of lax security, overcrowding and heavily delayed bands, as well as lacklustre stages and facilities. The festival was organised in the aftermath of the Manchester terror attack at the Manchester Arena, where 22 people were killed by a suicide bomber while exiting a performance from Ariana Grande on 22nd May.

The Skiddle statement mentions a ‘complete lack of cooperation’ from Hope & Glory Festivals Ltd. Earlier in the week, festival organiser Lee O’Hanlon had an on-air meltdown during a grilling from talkRadio’s Iain Lee, in which he attempted to deflect blame for the collapse of the festival onto other teams and organisations.

O’Hanlon also announced that, due to the cancellation of the event and thus no profit, none of the money raised from the festival would be donated to the Manchester bombing survivors.

Since our last update on Tuesday evening, we have been awaiting approval for refunds from the directors of Hope and Glory Festivals Ltd.

Despite multiple emails and attempted phone calls, we have had no response.

In light of this complete lack of cooperation, we feel it is in everyone’s interest to advise our customers that refunds from the event organisers will not now be happening.

As Skiddle’s mission is to put the customer first, we feel that this behaviour from the event organiser is completely unacceptable and have been using every resource possible to avoid this situation.

Skiddle did not have any involvement in the organisation of the event and all funds remain with the event organiser.

However, we do not wish to leave our customers out of pocket.

As such we have today been putting steps in place to facilitate refunds from Skiddle’s own funding. This decision is far from usual procedure, but we feel that it is the right outcome for our customers in this terrible situation.

We will be offering all Sunday ticket purchasers a full refund and a 50% refund to cover weekend ticket holders who couldn’t attend the Sunday.

To apply for a refund please email support@skiddle.com with your order ID within 7 days. Due to this being a unique situation, we ask for your patience while we process refunds as this will require some coordination with our payment services provider. We aim to have refunds processed within 7-10 days.

On a final note, we have already terminated our contract with Hope and Glory Festivals Ltd, and will not be working with either of the festival directors in the future. We are also reviewing our business policies across all departments to reduce the risk of such an occurrence happening again.