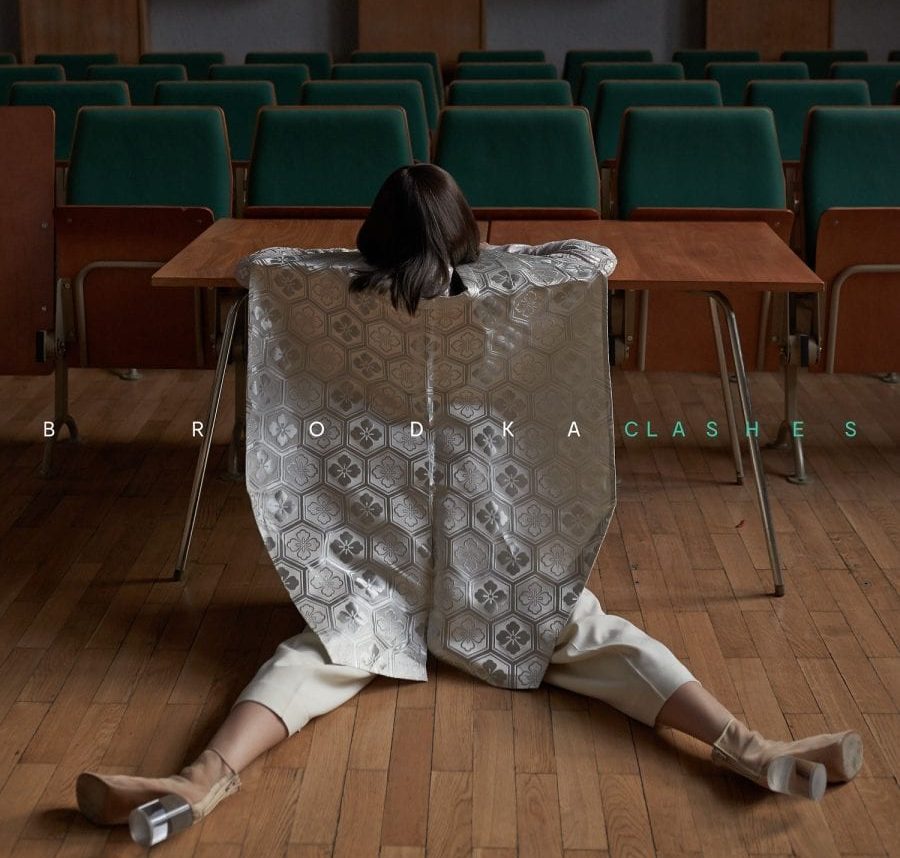 Monika Brodka’s fourth full-length is a smoky and weirdly-caustic mix of offbeat pop. The Polish pop star has taken a snaking route from her discovery on Polish Pop Idol 12 years ago, and while third album Granda really delivered the first, unadulterated shot of weirdness that Brodka had to offer, Clashes feels like a refinement of that identity to a honed point.

In ‘Horses’ we have the first example of smouldering, galloping pop in the mould of Kate Bush and Suzanne Vega, given a modern splice through climbing melodies. ‘Can’t Wait For War’ is a morbid march of horns and syncopated bass; a captivating greyscale of cold, militaristic morality. The coupling of this track with the archaic instrumentation of ‘Holy Holes’ meanwhile give Clashes a unique sonic texture, adding greater depth than the straight-up pop release it sometimes masquerades as. Whether this is an appreciation of Poland’s musical heritage or the product of experimentation (or both) is anyone’s guess, but the results are low-slung, murky and intriguing.

Monika’s vocal performance is as impressive as ever. The coarseness of her upper range gives the lullaby qualities of ‘Mirror Mirror’ and ‘Haiti’ a mature edge, at once urgent and reticent, adding to her mystery. ‘My Name Is Youth’ is the oddest child in a collection of oddballs, a garage-rock stomper as Brodka steps into her Karen O catsuit. Endlessly-escalating, with an ending so abrupt you’ll question whether the track has skipped, this is Monika playing at punk, and it works. The lyricism of these tracks is noteworthy for its vivid imagery, especially given that this is Brodka’s first album written in a second language.

Purposefully directionless, surprising if not always on its mark, Clashes will be a curiosity for some and an obsession for others. Brodka is oscillating on her own bizarre frequency.