Festivals follow many formats. The large outdoor type is arguably the most familiar, covering meadows, farms and abandoned complexes outside of the smog and strains of the city. There are the micro events that shrink into one building or room for a day or less, often referred to as one or half-dayers, and linked to […] 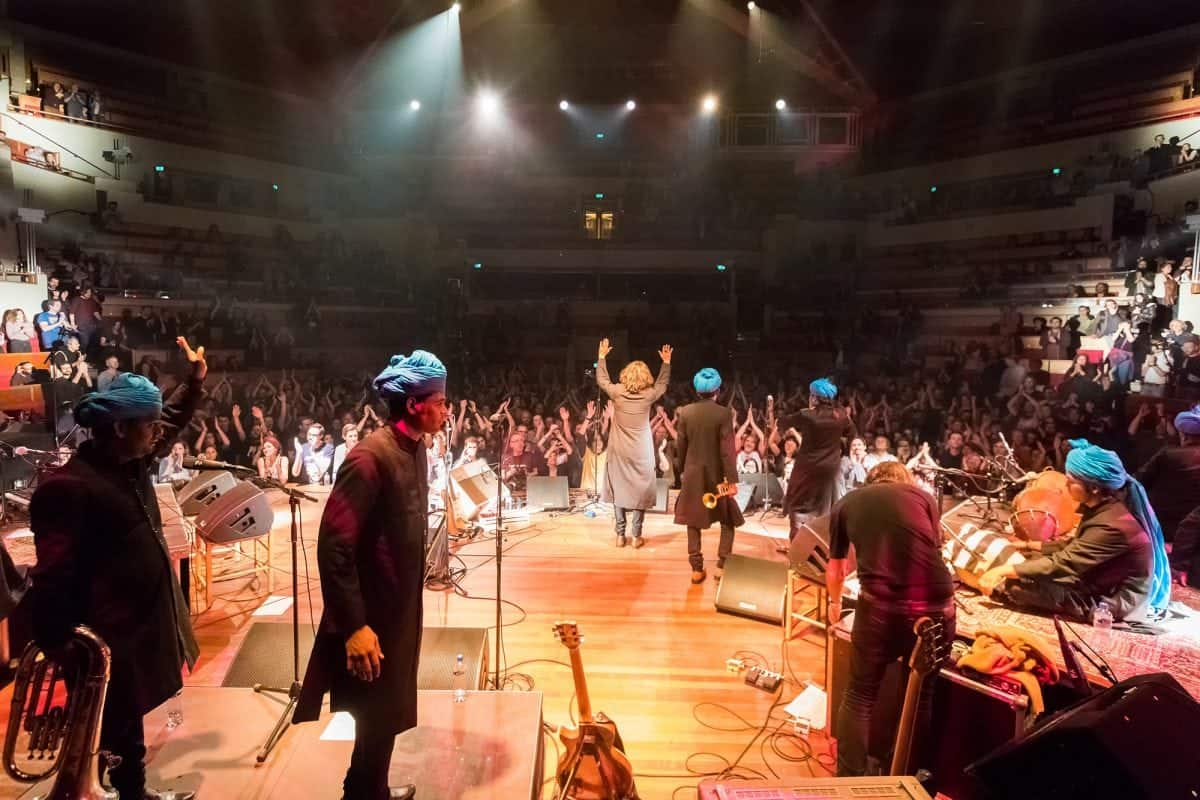 Festivals follow many formats. The large outdoor type is arguably the most familiar, covering meadows, farms and abandoned complexes outside of the smog and strains of the city. There are the micro events that shrink into one building or room for a day or less, often referred to as one or half-dayers, and linked to scenes surrounding noise, punk and free improv. Then there are the fiery, post-apocalyptic deserts and beach-side palm forests shading hordes of dayglo psytrance devotees.

The organisational challenge that falls to teams behind city-wide festivals, especially those of notable scale, is staggering. Consider for a moment the planning, negotiating, scheduling and deal-breaking that must occur to bring artists, venues and infrastructure together across a city. It sort of makes one want to retire to a dark room, gently rub the temples for several minutes, and sleep.

Le Guess Who? is a city festival that is as vast as any, near on colossal in magnitude and vision. If there is any organisational strain behind the scenes, which would be understandable, it’s very well hidden. As an attendee within the sonic metropolis that engulfs Utrecht every autumn, it feels like you’re bobbing gently along a river that flows, somehow, through a well-oiled machine.

The perfect location, an innovative concept, flawless branding – sure, all important, but a festival is barely worth anything if programming doesn’t sit at its heart. The 2017 edition of the Le Guess Who? continues the supremely high quality of acts, guest curators and unique elements that have enriched past events. The godfather of spiritual jazz Pharoah Sanders will be present, as will the mighty Sun Ra Arkestra, alongside the atmospheres of Ben Frost, William Basinski and GAS; the wider world will be represented by Bulgarian women’s choir Le Mystère des Voix Bulgares and Les Amazones d’Afrique, with Maâlem Houssam Guinia appearing with his band as part of a selection of performers curated by electronic pioneer James Holden. Further curation comes from Perfume Genius, Grouper and Han Bennink, who has brought together multiple collaborations of improvising musicians including Thurston Moore, Steve Beresford and Mary Oliver. 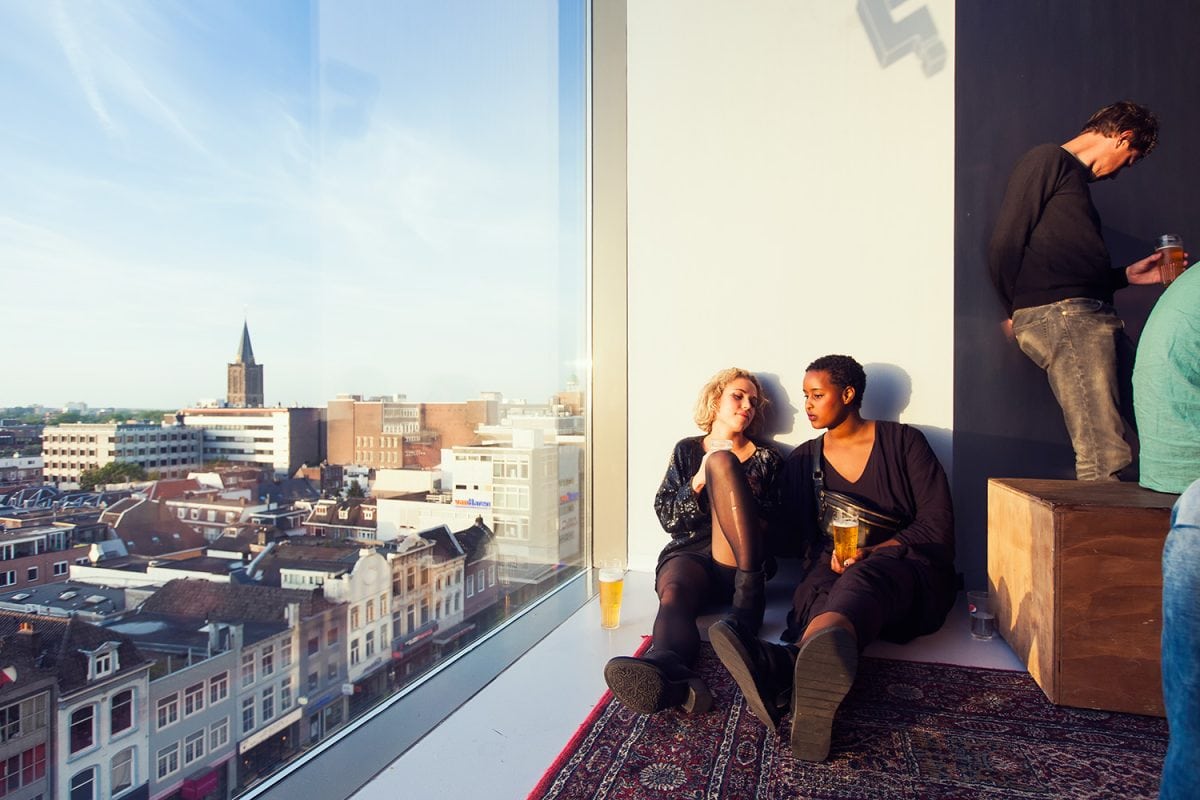 This of course is a tiny snapshot of the full programme, which is normally announced in increments over several months, presumably to avoid overwhelming those on the mailing list. A thing of such scale is best deployed gently whilst public excitement mounts.

The scale of the festival hasn’t always been so vast. Le Guess Who? started in 2007 in a much more modest fashion and featured only Canadian musicians. The 2014 opening of the TivoliVredenberg centre which serves as the festival’s central hub saw a significant development. “Since then“, says Le Guess Who?’s Barry Spooren, “our ambitions grew quite a bit. The festival started attracting more people from abroad, and we got the sense that we might be able to attract people towards new music and cultures.”

The international profile of Le Guess Who? is huge, and is an absolutely deliberate move and important focus point of the festival. It isn’t just about booking a Greek or Peruvian psyche band who sound pretty much like their British and American counterparts; it’s about sharing and celebrating a diversity of culture and sonic history. From its indie beginnings, the curation now draws on many corners of non-Western music, thanks in part to the guest curators, presenting performers to the local community and international visitors (which last year represented 46% of ticket sales).

This worldwide connection is something of a delight for Spooren. “Last year, a group of performers (an Ethiopian children’s circus, invited by Dutch experimental band The Ex for the festival) also gave performances at the local children’s hospital”, he recalls, “and this year we’re working with some primary and secondary schools to also get children acquainted with new music, and to teach about silkscreen printing… then there’s the newly forged connection with the Lombok area in Utrecht, which is probably the most culturally diverse district of the city.”

Utrecht is the fourth largest city in The Netherlands, but replete with as much Dutch charm as Amsterdam and far less tourist madness. It’s a perfect setting for the festival, with most venues only short walks apart, and a real range of spaces – large performance venues, churches, warehouses – to suit the dynamic programme. These are spread amongst the cobbled streets, canals and traditional Dutch town houses that give the city its atmospheric and vibrant character, and due to a positive attitude from the local organisations and businesses, the festival and the city are mutually supportive.

“There’s a general willingness between cultural organizations, venues, entrepreneurs etc. to work together. I feel there’s a real open-mindedness, also amongst the people who run hotels, shops or the museums for example. That sense that collaboration can only take us further, and being proud of the things that are happening in Utrecht, even if it’s hosted by what might otherwise be seen as competitors. It’s brilliant, and it really makes things a lot easier.”

This kind of collaboration should be seen as an example to other cities where, for numerous reasons, cultural and artistic projects are more difficult to get off the ground. History has proven that events like this can benefit everyone, creating an energy and sense of community essential for human connection on multiple levels.

As that magical weekend in November approaches, the announcements keep coming out, each one lifting the excitement level a little higher. Part way through the creation of this article came news of a remarkable line up addition: the Sai Anantam Ashram Singers will be performing – for the first time in Europe – The Ecstatic Music of Alice Coltrane Turiyasangitananda, a body of work written and recorded by Coltrane in the 80s at her spiritual residence near LA. This stands as proof that however thoroughly one’s mind has been blown by the content of the epic long weekend ahead, there’s always room for another push.

By the end of Le Guess Who?, weariness barely dents enrapture and spirit, and it truly feels like a family has coalesced with TivoliVredenburg as its home. This special time is a highlight for Spooren. “Most of the time, the most memorable moments for me come Sunday night – that moment that you start realizing that it all went really well again. That’s when the adrenaline starts making room for complete euphoria. Last year, that was the moment when Junun started their performance – the Indian Ensemble The Rajasthan Express, Israeli composer Shye Ben Tzur and Radiohead’s Jonny Greenwood. For me, it was a moment of pure bliss: an all-out celebration of cultural diversity that I truly think made a lasting impact on whoever was present.”

The impact is indeed lasting. Festivals come and go, many fading into general obscurity in the memory. Through its sheer excellence, Le Guess Who? remains loud and bright.

Le Guess Who? will take place in multiple venues in Utrecht between November 9th and 12th 2017. Tickets and more information can be found here