“I thought that it would be a challenge, but a very exciting challenge.” The first draft of celebrated animator Michaël Dudok de Wit’s script for his debut feature, The Red Turtle, did contain some dialogue; “between 15 and 20 lines, which I had written totally believing they were necessary at key moments to explain the […]

by James McAllister
in Film, Interviews 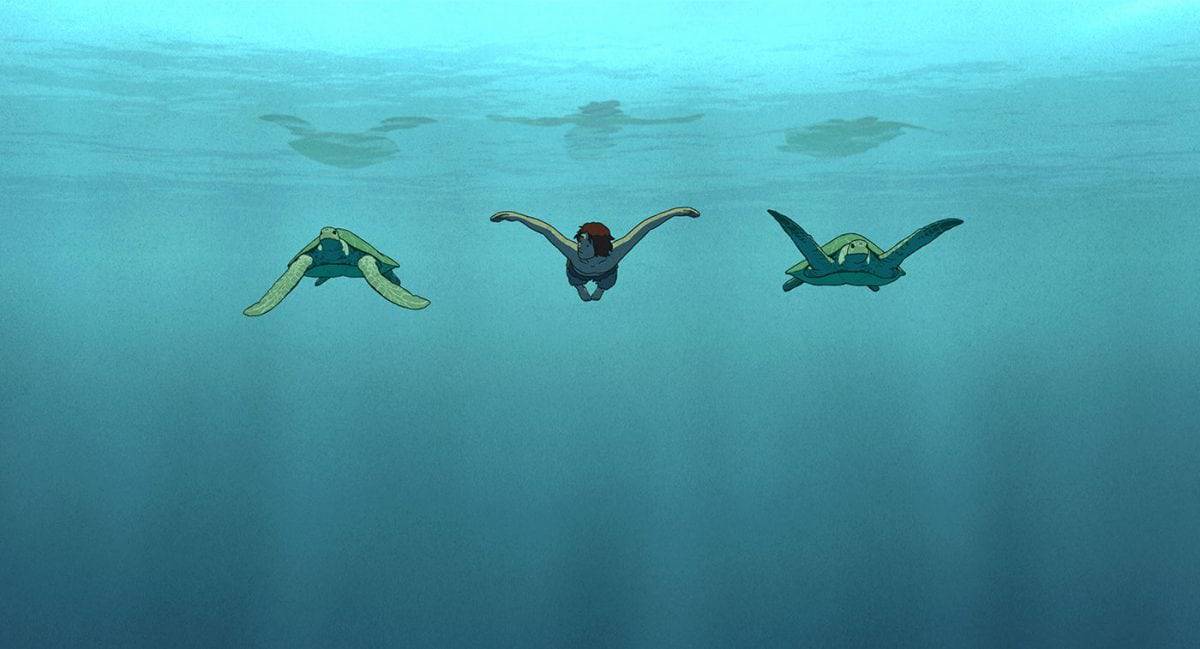 “I thought that it would be a challenge, but a very exciting challenge.”

The first draft of celebrated animator Michaël Dudok de Wit’s script for his debut feature, The Red Turtle, did contain some dialogue; “between 15 and 20 lines, which I had written totally believing they were necessary at key moments to explain the motivations of the protagonists, and also to create more empathy with the characters,” he tells me over the phone. Indeed, it was the Japanese producers from Studio Ghibli – who had approached de Wit and asked if they could make a movie with him after seeing his award-winning silent short Father and Daughter – that suggested he drop the dialogue; saying that they believed doing so would make the film stronger.

Whether or not this hypothesis bears truth is, forgive the pun, something of a mute point. Either way, The Red Turtle is a film of immense beauty and extraordinary ambition that’s crafted with an acute anime sensibility by the Dutch director; a story of love, loss and being that chronicles the life of a nameless man who washes up on an uninhabited desert island after a great storm. Desperate to escape, the man builds a raft and sets sail across the ocean, but soon finds his expedition halted by a giant red turtle that lives just beyond the reef.

“It’s a film where the absence of music is very eloquent” says de Wit, as we discuss the film’s astonishing soundscape. The thunderous crashing of the waves we hear as the central protagonist fights to survive in the storm in the opening scene contrasts strikingly with the vibrancy and peace of the island habitat. The film’s composer, Laurent Perez Del Mar – who also joined Michaël and myself on the line – oversaw much of that design. “[Laurent] understood immediately that this is a not a film that needed wall-to-wall music” continues the director, citing how the diegetic stillness, particularly in the opening act when we follow the man as he explores his new surroundings, showed “that the music did not need to convey all the emotion”.

There’s a great sense of isolation and yearning that we infer from the silence, as we study the film’s subject, which de Wit & Del Mar perfectly underscore with their placement of the music – a moving & mystical orchestral symphony that’s sometimes supplemented by the piercing vibrato of a female choir solo; no electro-pop, no rock and no piano, the director noted. “I wanted to express the emotions of the characters, but I didn’t want to say [anything] that you could already see on the screen,” says Laurent. Of the solo, meanwhile, it was a moment of inspiration that he drew from a significant development in the narrative, involving the mysterious arrival of a female castaway; “I thought femininity was really important in the film,” Del Mar continues, “the female has a very strong character, she makes a lot of the decisions, and is sometimes stronger than anything on the island.”

Moments of mournful sadness and profound optimism are present throughout; the melancholic notes further enhancing the transcendent wonder of de Wit’s animation. It’s perhaps best expressed in a short sequence where the man rushes onto the beach at night and is confronted by the vision of a classical quartet; “that was created intuitively” says Michaël, “I know from experience and research that when you are alone in nature that hallucinations come easily, [which is why] it had to feel surreal.” “It’s an incredibly beautiful moment” he goes on, a perfect vocal illustration, one would argue, of the film as a whole.

The London Economic would like to thank Michaël Dudok de Wit & Laurent Perez Del Mar for taking the time to speak to us, and Julia Nowicka for arranging the interview. The Red Turtle is out on Blu-Ray & DVD on September 25th.