It's pretentious and pricey. But, this year, appreciation became obsession.

by Henry Goodwin
in Music, Opinion 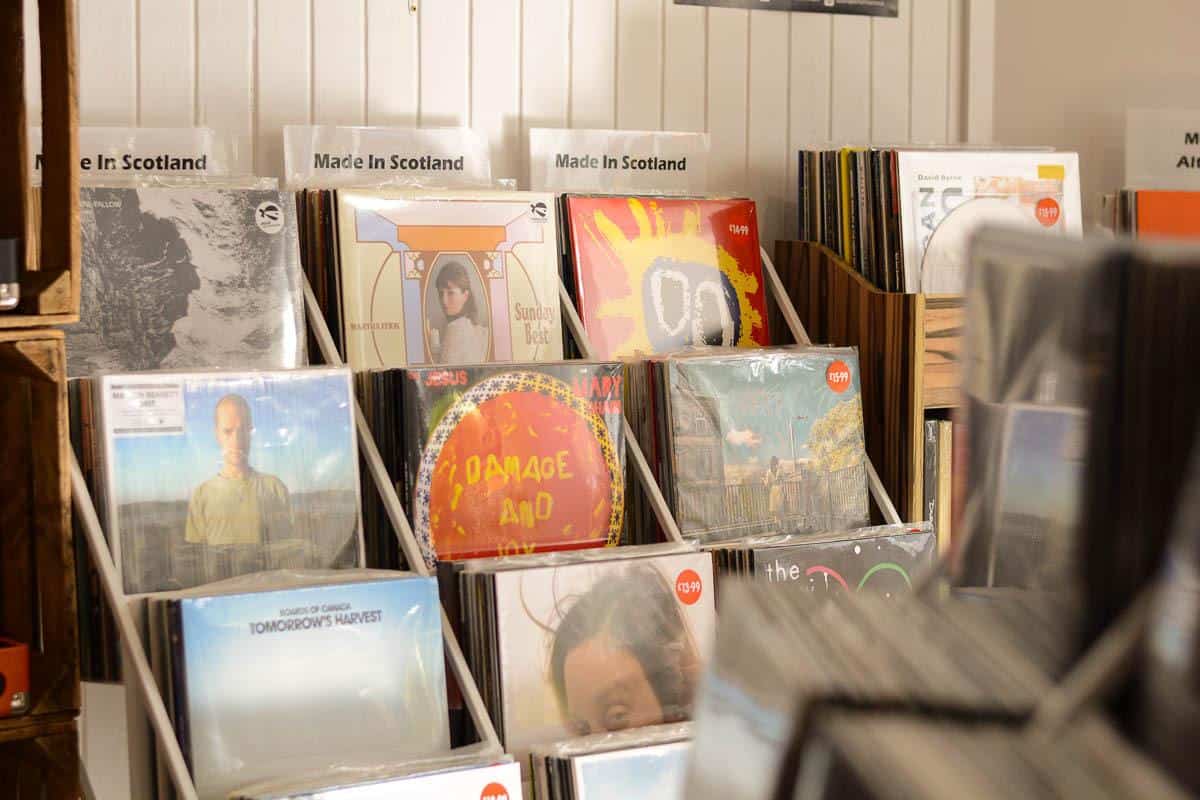 There are few things I will pluck from the flaming wreckage of 2020 and carry with me into the new year, but one is a reignited obsession with vinyl.

It’s not been a completely new development this year by any stretch. My interest was first sparked at university, when I’d pick through the boxes of old Springsteen and Dylan records in the market in the centre of town.

Occasionally I’d buy a couple, usually after I’d been at some sort of workshop or lecture that had gone way over my head, as a way of rewarding myself for doing some learning – as if I ought to be rewarded for doing the thing I was at university for in the first place.

But, honestly, I was really doing for appearances. I’d bought a knock-off record player and stuck it in my room – sandwiched between the inevitable exotically-patterned quilt on one wall, a Born to Run poster on the other and a box of incense sticks or two in between.

I was, I think, quite keen to be ‘that guy’ – the bloke who went crate-digging, the ‘really guys, it just sounds better on vinyl’ boy.

All nonsense, of course. As much as I find it oddly endearing when a record judders and skips over a scratch, I knew I was talking out my arse when I earnestly told friends ‘you really can’t match the sound of an old LP’.

There is still an element of superficiality about it. I unashamedly like the way 12-inch record sleeves look and feel. I love the crackle that comes bubbling out of my speakers when needle hits groove. I find it hugely satisfying tucking another Beatles record into the box as I inch closer to the full set (where are you, White Album?).

And I’d be lying if I said that some buys weren’t made for the aesthetic, with a far-fetched aspiration of floor-to-ceiling shelves of the stuff in some lovely, wooden-floored living room somewhere in my mind’s eye.

(There’s one such set-up which I have made the fulcrum of my chugs around the local park. I tend to slow down – which isn’t saying much – and – sweating – peer in through the window, hoping to be invited in to admire the owner’s collection.)

The resumption of my vinyl love affair has been triggered by spending the bulk of the year working from home, meaning something is always playing in the background, and by moving within striking distance of a brilliant little record store.

Friday lunch breaks have since been transformed into twenty minute strolls through the park, heavy with expectation. ‘No more than a tenner today,’ I find myself thinking, only to walk out half an hour later having spent twice that.

It’s an expensive habit – ludicrously so, actually. One of my mum’s old albums – a Talking Heads record I’ve requisitioned – still has its price tag attached. It cost her £4.29 from HMV when it came out in 1983. Today HMV barely exists – and a new release can set you back six times that.

Why fork out a chunk of your pay packet on old records when every song under the song is on Spotify, you might ask. Well – that is sort of the point. Streaming services are marvellous things. I certainly couldn’t do without my Spotify subscription. But it feels ephemeral. You click on a song, it plays, it’s gone. On to the next one.

We don’t really listen to albums anymore. We listen to playlists, neatly put-together by an algorithm that claims to know what we want to listen to more than we do. It’s all a bit passive. So it makes a nice change to have a record that you have to physically pick out and put on. It’s good to browse your collection and say, right, this morning I’m going to listen to After the Gold Rush – start to finish.

It’s better still when that record is as old as time, covered in notches and imperfections. I’ve put on a George Harrison record while I write this. A previous owner has scribbled her name on the inside cover. Last week I bought a copy of Superfly, the Curtis Mayfield soundtrack. When I opened it up, a bunch of old American newspaper cuttings fell out. Obituaries, from 1999.

Think of the stories these old albums could tell, the rooms they’ve been in, the guests they might have entertained. It’s no wonder the most precious albums I own remain those I’ve inherited – stolen, really – from my mum. They are a tangible link to another life – a window into a world I’ll never know, but whose soundtrack I can share.

So, this year, I’m happy to say that I’ve haggled online with a Dutch man over his copy of Astral Weeks. Actually, Dad, the three hours I spent on my day off alphabetising my records was time well-spent. No, I’m not going to stop fawning over first pressings, coloured rarities and stone-cold classics.

I’ve had a vinyl revival. It’s pretentious and pricey and acutely personal. Long may it continue.