Collecting vinyl records has exploded in popularity in recent years, but music journalist and author Daniel Spicer was ahead of the trend – launching a monthly column dedicated to hard-to-find or lost jazz classics in 2005. His ever-popular column in Jazzwise magazine ran for over a decade and it has now been collected for the first time in a sumptuous new book Lost In The Vaults – Rare collectables and forgotten gems from the Jazzwise archives. To mark its publication, we spoke to Daniel to learn more about his passion for obscure jazz.

by Keith Ayago
in Music 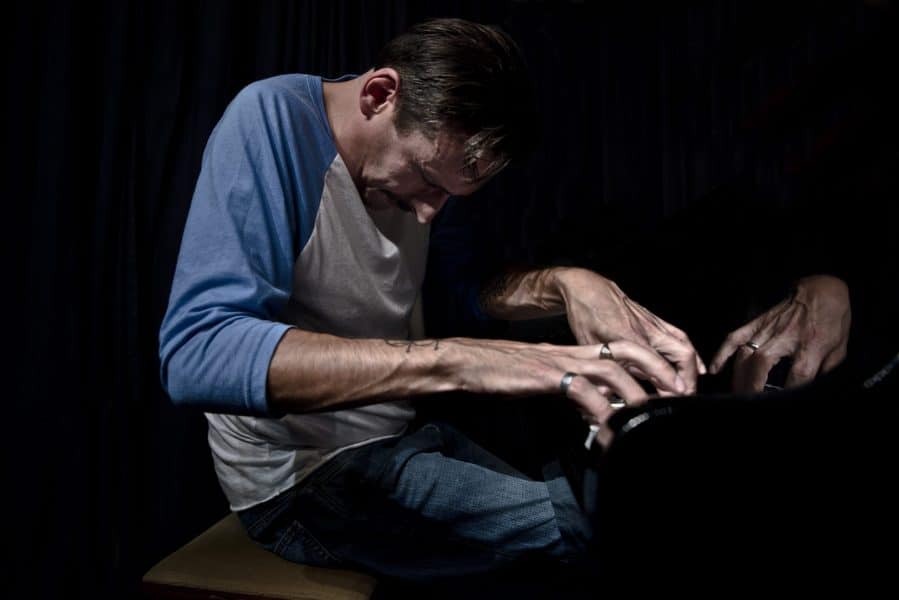 Daniel Spicer, music journalist and author of Lost In The Vaults – Rare collectables and forgotten gems from the Jazzwise archives.

Q. Your book is a collection of your ‘Lost In The Vaults’ column for Jazzwise magazine. How did the idea for the column come about?

A.At the end of 2005, Jon Newey, then editor of Jazzwise, put out a call for proposed contributions to a new column he was launching in the magazine. Called “Lost In The Vaults”, the column was to feature, each month, a different jazz recording that was out of print and languishing in the doldrums of unavailability. Around a year into my burgeoning career as a music writer, and keen to write as much as possible, I immediately suggested something from Sun Ra’s legendarily extensive and abstruse back catalogue. Jon went for it. I got the gig, with my first attempt being published in February 2006. From then on, for almost 13 years, I contributed a column each month

Q. The column was a big hit with readers, running monthly for more than a decade. Did it get harder to keep finding out of print jazz classics to cover?

A.Not really. There’s certainly no shortage of amazing records that have slipped through the cracks and deserve to be reissued. But a lot changed during those 13 years. Reissue culture, which had enjoyed a burst of energy in the 1990s with the rise of the CD, went into overdrive, with boutique labels springing up dedicated to unearthing the most obscure sides they could find. As a result, I found that many of the records I was featuring in the column were being reissued, often within months of me writing about them. When the column first started, its tagline was “rare collectibles and forgotten gems not yet reissued on CD.” This was indicative of an assumption on the part of Jazzwise that CDs were the way of the future. Of course, we had failed to anticipate the current vinyl renaissance and its voracious drive – for better or worse – to produce lavishly packaged, 180gm, audiophile represses of lost nuggets. At some point along the way, I’m not sure when, the magazine quietly dropped the “on CD” part of the tagline.

Another key factor was the growth of the Discogs website as the biggest and most reliable online music marketplace and database. Though launched in 2000, Discogs gathered a lot of steam during the years I was writing the column, transforming into an essential resource and a mine of information. As such, it has revealed some inaccuracies in my original writings, which I have attempted to rectify in the book.The growth of Discogs had another effect: with obscure records now more easy than ever to track down, some of the sessions I’d been writing about revealed themselves to be perhaps less lost than they had once seemed. So, with the landscape changed to such an extent, in the autumn of 2018, I made the decision to stop writing the column, and Jazzwise agreed to wrap it up. It was fun while it lasted.

Q. In these days of digital downloads and streaming services, why still collect vinyl records?

A. Apart from the fact that they’re beautiful artefacts with lovingly designed, often mind-blowing cover art and a warm, analogue sound that you often don’t hear in compressed digital files, there’s the simple reason that a lot of these rare nuggets that haven’t been reissued since they first appeared are, by definition, unavailable as downloads or streams. That was the whole point of the book! I suppose it all hinges on whether you’re happy for the people responsible for producing streams and downloads to be the gatekeepers of what you get to hear – or whether you have any interest in searching things out for yourself. There’s a lot of music out there. Also, let’s not forget that streaming services are among the very worst capitalist pirates who should be resisted by any right-minded music lover.

Q. Jazz is known for being quite ‘out there’ at times. What would you say are the most unusual jazz records or artists that every collector should know about?

A. Sun Ra’s back catalogue is an enjoyable and maddening rabbit hole to get sucked into. He was one of the first musicians to launch his own label – something that’s much more commonplace now. Between its founding in 1956 and Ra’s death in 1993, his El Saturn Research label released over 100 recordings, pressed in small batches and often decorated with hand-drawn covers that differed even within a single press run. They were mostly sold by Ra and members of his Arkestra at live shows. Trying to collect a full and comprehensive discography of his work is the sort of obsession that could last a lifetime.

Q. Before everyone goes hunting in their attics, what would you say are the rarest or most valuable jazz records today?

A. There are a few covered in my book that are pretty pricey. For example, Til Vigdis, a 1967 record by Norwegian saxophonist Jan Garbarek, sold for $1,800 in 2017. The 1971 album, Worlds Within Worlds by experimental composer Basil Kirchin is currently on sale at Discogs.com for £7,777. When I put the book together, it was going for £10,000. I expect there are many more selling for even more ridiculous amounts.

Q. Outside of the book, how do you share your love of jazz with others?

A. Well, I write about music for Jazzwise and Wire magazines. I’ve also presented a radio show called The Mystery Lesson since 2006, which specialises in free-jazz, improv and other deep sounds. It used to go out weekly on Radio Reverb, an FM station here in Brighton where I live, but in the last year I’ve scaled it back a bit so I have more time for writing. I tend to do a long, two-hour show every few months now and they’re available for streaming at https://www.totallyradio.com/shows/the-mystery-lesson where the show first began. All 324 episodes are also available to steam and download at https://mysterylesson.posthaven.com. I’m really proud of the show and I think it’s a pretty useful resource that details changing tastes and trends in avant-garde improvised music over the last 14 years or so. Perhaps I should mention that I also perform in an improvising trio called In Threads (or I did before Covid-19, anyway). I play piano, trumpet, various other bits and pieces and the band also features my friends Verity Spott on cello and James Parsons on drums. Our debut album, Orange Justice, came out (on vinyl, of course) earlier this year. You can hear it here: https://inthreads.bandcamp.com

Q. Roughly, how many jazz records do you have in your collection, and what records are you still hunting down?

A. The thing is, I don’t really think of myself as a collector, as such. Certainly, I’ve got friends with larger record collections than mine. Mainly, I’m a music lover. I’m generally not too hung up on the format. I’ll listen to a muffled bootleg on tape or MP3 if that’s the only way of hearing something. I’m not actively hunting anything down. Music has a way of appearing where it’s needed.

Lost In The Vaults – Rare collectables and forgotten gems from the Jazzwise archives by Daniel Spiceris published by Eleusinian Press, priced £20 in paperback and £40 as a deluxe coffee-table hardcover edition. Both editions are fully illustrated with the album cover for each entry, as well as containing details on the artist, listening notes and purchase price. For more information, or to buy a copy, visit Eleusinian Press