Venue: The Black Heart, Camden Date: 24.5.18 Support, Group of Man, møl It’s a younger crowd descending on the Black Heart than we’re used to seeing, a testament to the high energy blackened hardcore that tonight’s headliners, Bristol’s Svalbard, have been playing for nigh on a decade now. It’s heartening to see the ‘next’ generation […] 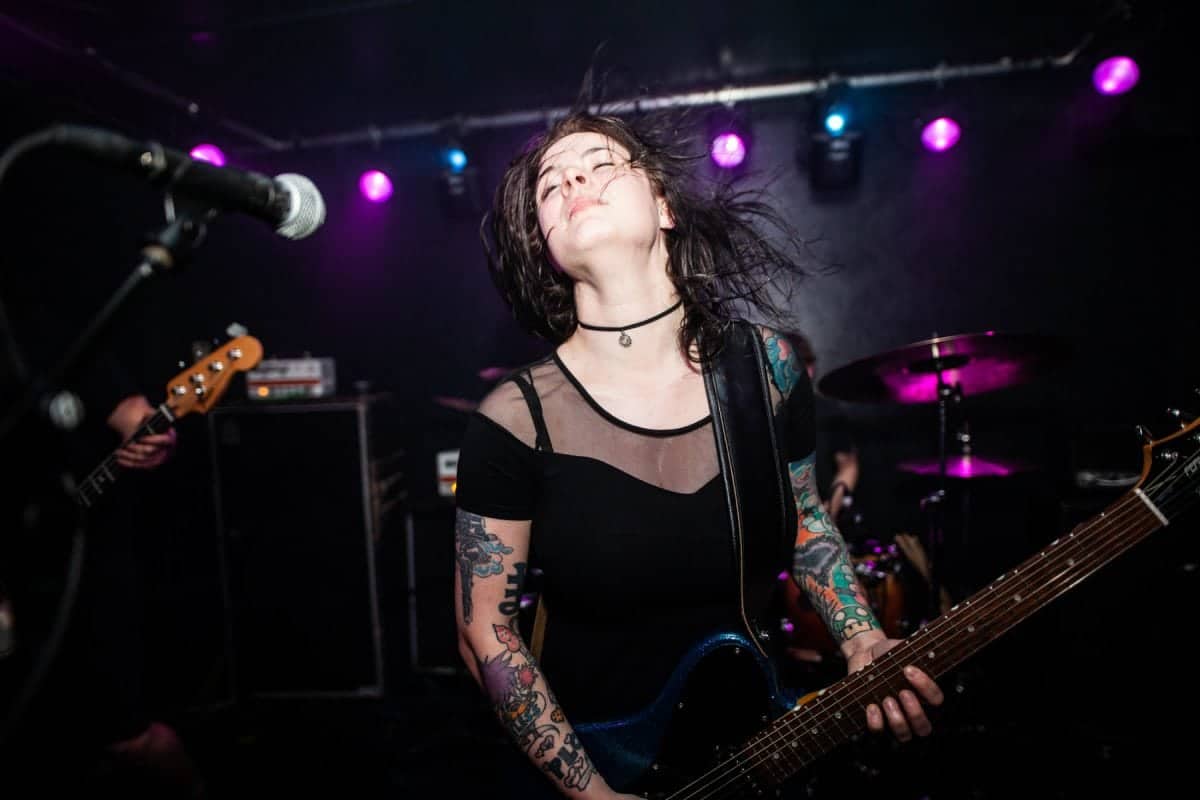 It’s a younger crowd descending on the Black Heart than we’re used to seeing, a testament to the high energy blackened hardcore that tonight’s headliners, Bristol’s Svalbard, have been playing for nigh on a decade now. It’s heartening to see the ‘next’ generation of bands drawing in the ‘next’ generation of fans, and there’s a sense that the four piece are set to step over the threshold from the over used descriptor ‘up and coming’ to the much more deserved ‘established’ with their latest full length It’s Hard To Have Hope.

If the crowd weren’t already warmed up by the intense barrage of hardcore cuts pumping out of the Black Heart PA pre-set, they certainly are by the time Group Of Man are finished with them. Their driving post-hardcore is richly layered with hooky, irresistible bass grooves, and soaring guitars add an uplifting intensity. They’re laser focussed and locked-in, loving every minute as they power through a set characterised by movement and momentum, toying with tension and release. The only weak link is the vocals – while executed vigorously, the yelped screeches seem to sit on top of the surface of the riffs without ever really connecting. If they wanted to, Group Of Man would be an absolutely stellar instrumental outfit. 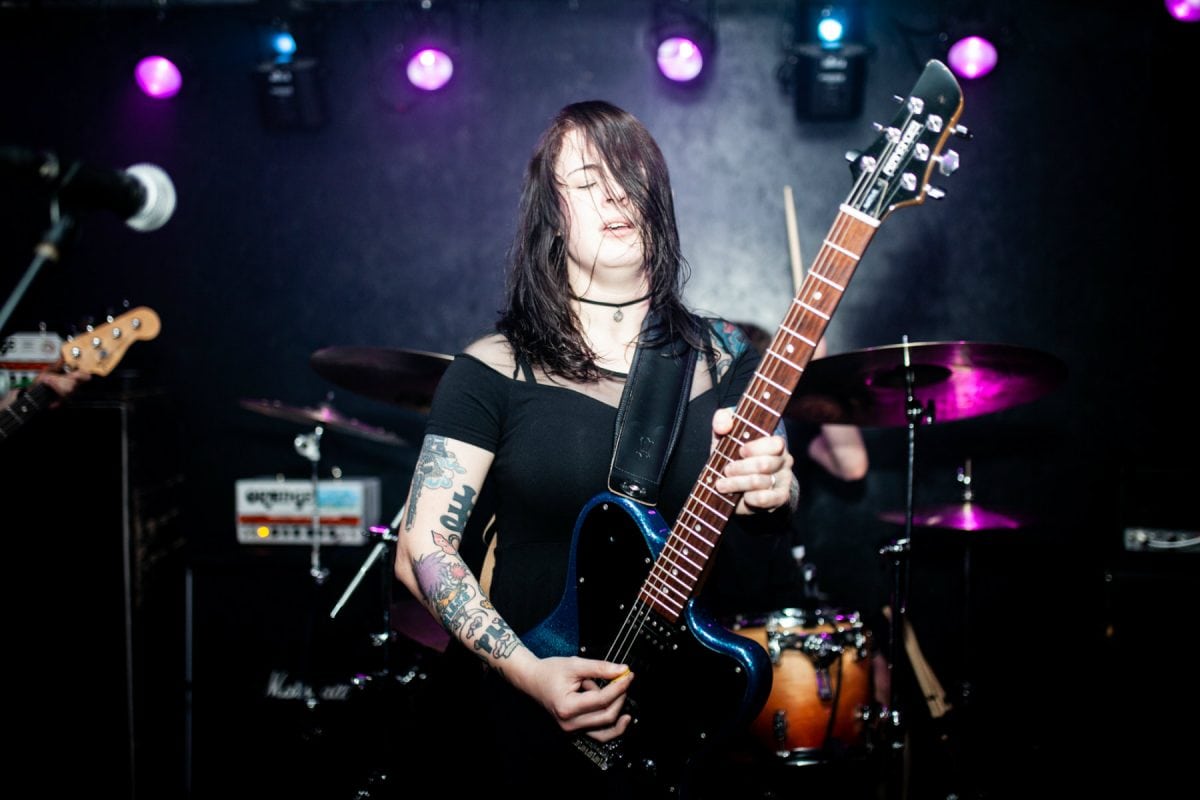 There’s a lot of hype surrounding Denmark’s møl coming off their debut full length, ‘JORD’. Frontman Kim Song informs the crowd that tonight is the acts’ first ever UK show, and there’s a sense of history being made as they storm through shot after shot of searing shoegaze inspired black metal. There’s a dense bedrock of nigh inhuman drumming to their sound, searing blast beats and overwhelming kick drum barrages peeled off with unnerving ease. There are touches of Deafheaven in their soaring, grand sweeps of arctic tremolo riffing, but there’s a core of something far more angular and wild to møl’s sound, despite their moments of lulling lucidity and dreamy guitar work – if the aforementioned San Franciscan troupe had a baby with Enslaved, it’d be close to the møl mark. Song himself is a complete maniac, storming into the crowd to get face to face, his delivery switching from guttural lows to scalding highs without breaking stride. The Danes are absolutely magnetic, and it’s a wonder that the Black Heart can contain such towering energy. Keep an eye on this lot, because they’re set to make waves.

Most bands would balk at the idea of following such a bar-setting performance, but not so Svalbard, who take the stage with a measured, focussed calm. The calm doesn’t last long, as they absolutely tear into their set at speed, razor edged riffs slamming into the crowd like a breeze block through a sheet of glass. Serena Cherry is a focal point of unbridled rage, howling over the musical maelstrom. Far from simple sledgehammer hardcore, the band edge out towards the cosmic with more restrained moments of lithium laced lightness. Melodic guitars and meditative drums sprawl out, providing brief respite from their onslaught. While undeniably important from a sonic standpoint, Svalbard’s blunt, no-frills message carries as much weight as their music. “This is what a feminist looks like”, Cherry roars, and the lyrical content of their material acts as a vitriolic manifesto. In these testing political times, it is vitally cathartic and socially necessary for a band to speak so plainly about the issues Svalbard tackle, free from pretence, refusing to hide behind gaudy metaphor or elusive doublespeak.

Unfortunately we were confronted with a different kind of politics early in the set – the politics of the gig going crowd. For most fans, especially in the hardcore and underground scenes, music is a way of life. For some of us, it’s also our work. Privileged as we may be to receive things like photo passes, guest list spots or album downloads, we earn them through years of paying our dues. Granted, we love these bands as much as any paying punter, and we’re at these shows to have a good time. We would never begrudge anyone’s right to enjoy themselves how they see fit; moshing, crowd killing, or standing at the back with your arms crossed; that’s your prerogative and your right. And we’re one of you. 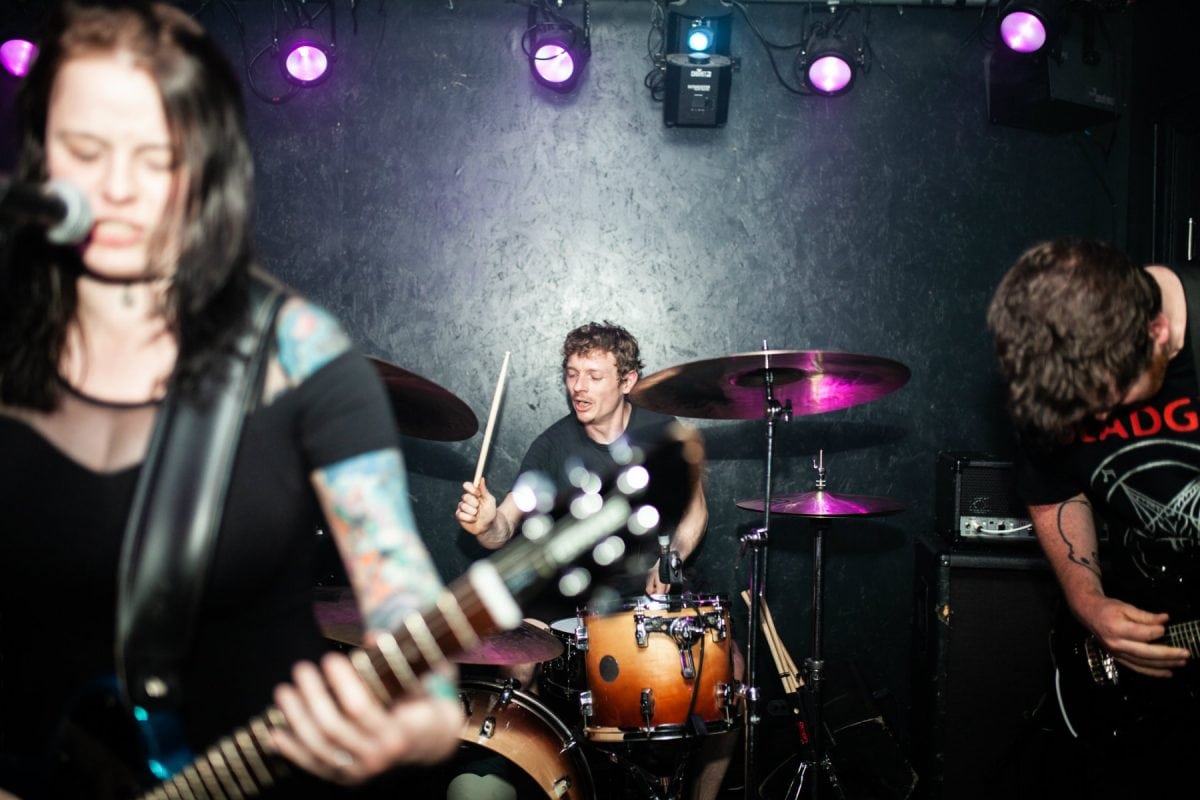 But gigs are spaces that operate under an unspoken code of conduct. If someone falls down in the pit, you pick them up. If you repeatedly push someone, expect to get pushed back. Likewise, in venues like the Black Heart where there’s no barrier between band, crowd and photographers, use your common sense; the person in front of you with a grand’s worth of camera equipment strapped to them probably won’t appreciate you jostling them mid-shot. They will react to protect both themselves and their gear, and that’s understandable. Most of the time, you only have to put up with sharing space with them for three songs, max, before they slink off. By shouting out something like “are we allowed to mosh”, you’re not being witty, you’re being passive aggressive. By asserting that you’re “a punter, I paid to be here”, sure, you’re protecting your consumer rights, but you’re making yourself sound entitled. By trying to get the band involved in your squabble, you’re slowing them down and adversely affecting everyone else’s experience. 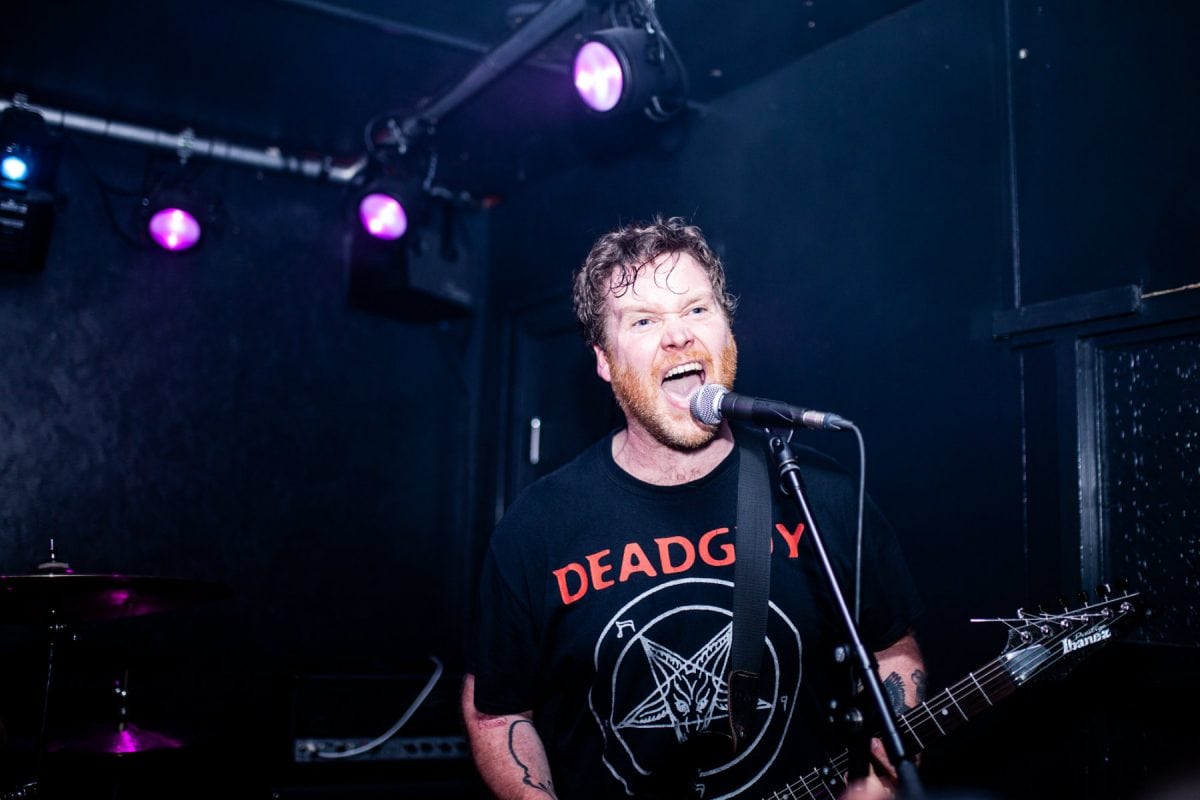 To the band’s credit, they defused the situation and moved things on quickly. Lectures aside, nothing should detract from the quality of tonight’s performances, and the ascendant talent on display.