The skies opened up over south east England, leaving cars partially flooded and roads covered by heavy rainfall - and the sky so dark it looked like night. 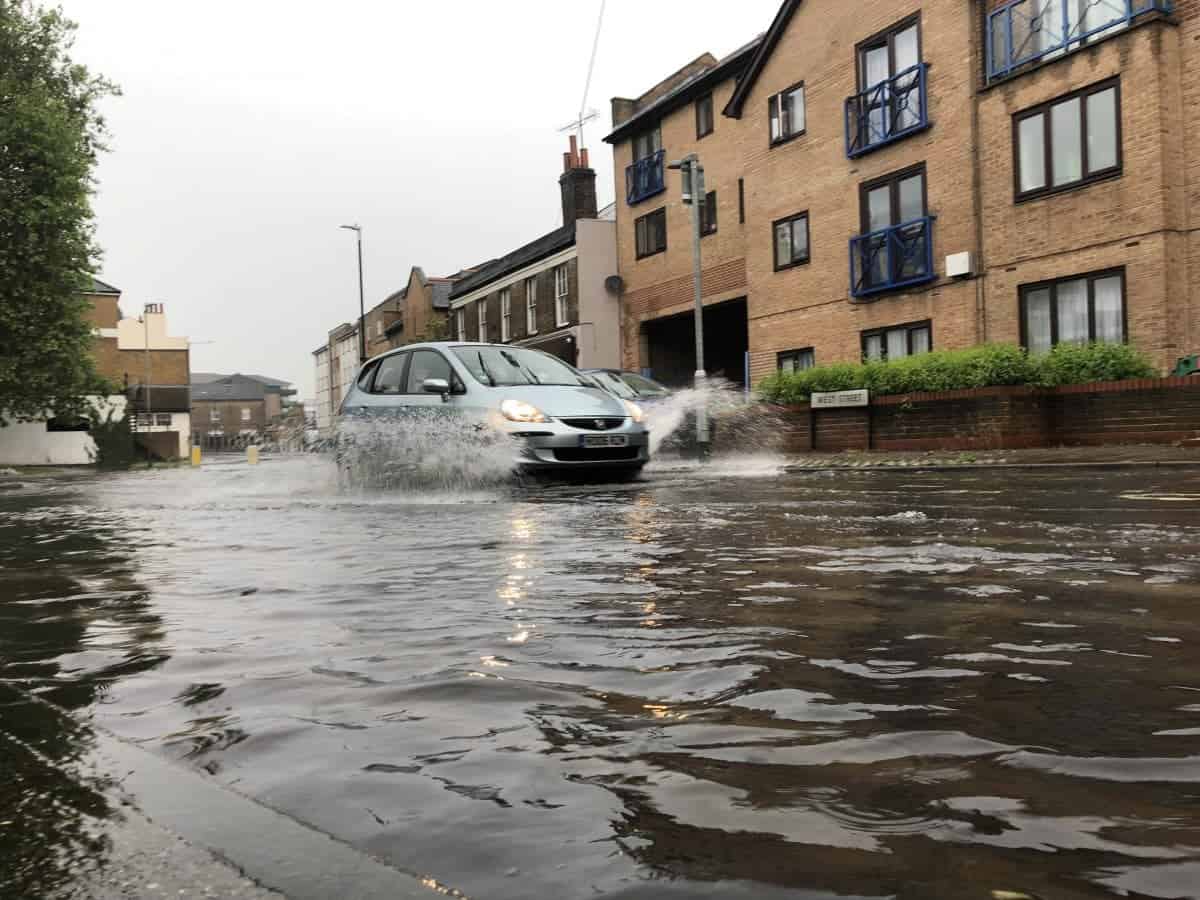 Motorways and streets were left submerged in water after a storm created a heavy downpour – that saw 12 inches of rain in less than an HOUR.

The skies opened up over south east England, leaving cars partially flooded and roads covered by heavy rainfall – and the sky so dark it looked like night.

Barbara Jones, from Chatham, Kent, was shocked to find “three feet of water” in the forecourt of her local petrol station.

She said: “It was quite concerning, the fire service had to come down to rescue people and there was a car left flooded.”

On Twitter, Kent residents spoke of the rapid rate in which the rain came down, leaving much of the county doused in water.

Celio Cyl said: “It must be two years worth of rain pouring down throughout Kent right now – It’s an epic torrential rain mixed with some amazing lightning, now we must embrace for the flood #doomed.” 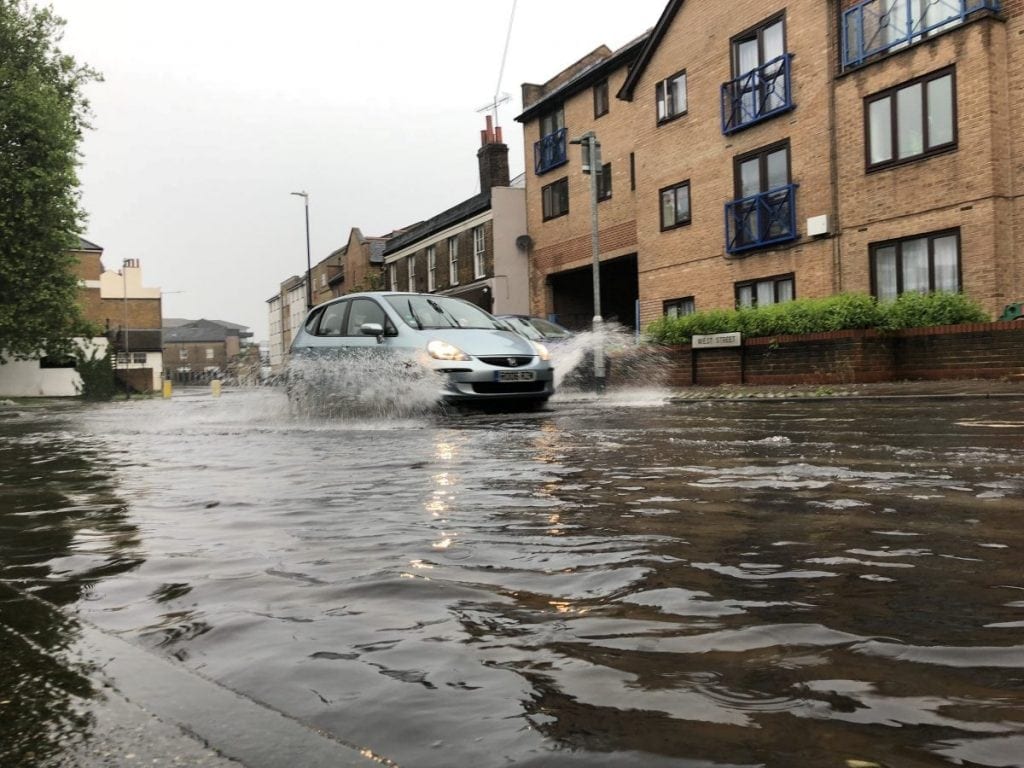 Josh Coupe said: “I’m stuck on the M2 because of flooding between Faversham and Sittingbourne – miles of queus but no warning signs.

“It’s been pretty much at a standstill for 30 mins and the queues go on for miles.”

Fire crews were said to have rescued several people trapped in their cars across the county after flash floods struck.

At its peak, up to 30mm of rain is expected to fall within the space of one hour today (Tues) – three times the expected levels for a whole month for Kent.