Venue: O2 Shepherds Bush Empire Date: 28.5.18 Few bands this side of the 1980’s are spoken about with near universal reverence, in hushed tones and with numberless superlatives. One such band are San Jose-an stoner doom progenitors Sleep. Two decades on from their initial hiatus, and nine years since their first reunion, the older and […] 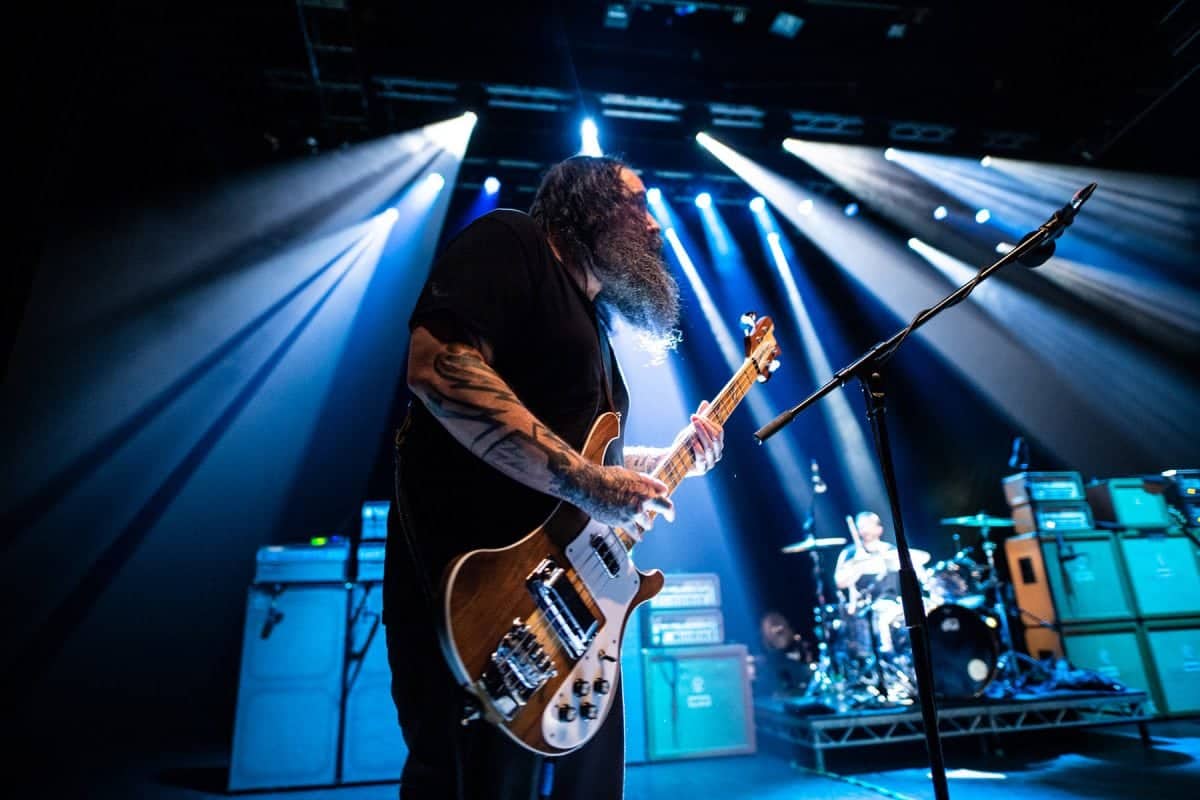 Few bands this side of the 1980’s are spoken about with near universal reverence, in hushed tones and with numberless superlatives. One such band are San Jose-an stoner doom progenitors Sleep. Two decades on from their initial hiatus, and nine years since their first reunion, the older and wiser psychonauts continue to grow their legend with rapturous live performances – and their turn at London’s Shepherd’s Bush Empire is no exception.

It’s a daunting task opening for living legends, but Leeds’ Black Moth give it their all, with a slick and groovy set of trad-worshipping doom. Soaring squalls of duelling guitar solos and a constantly rolling rhythm section power along well enough, surprising with unexpected turns of driving speed. Burly kick drums sit at the heart of their good and loud mix, but as their set goes on the headbanging and applause slips from ‘engaged’ to the dreaded ‘polite’. Despite their pluck, they were doomed from the start, the Sleep support slot metal’s equivalent of a screensaver. It’s unfair, but when the between-band mix tape gets a bigger crowd reaction, that’s a troubling sign. 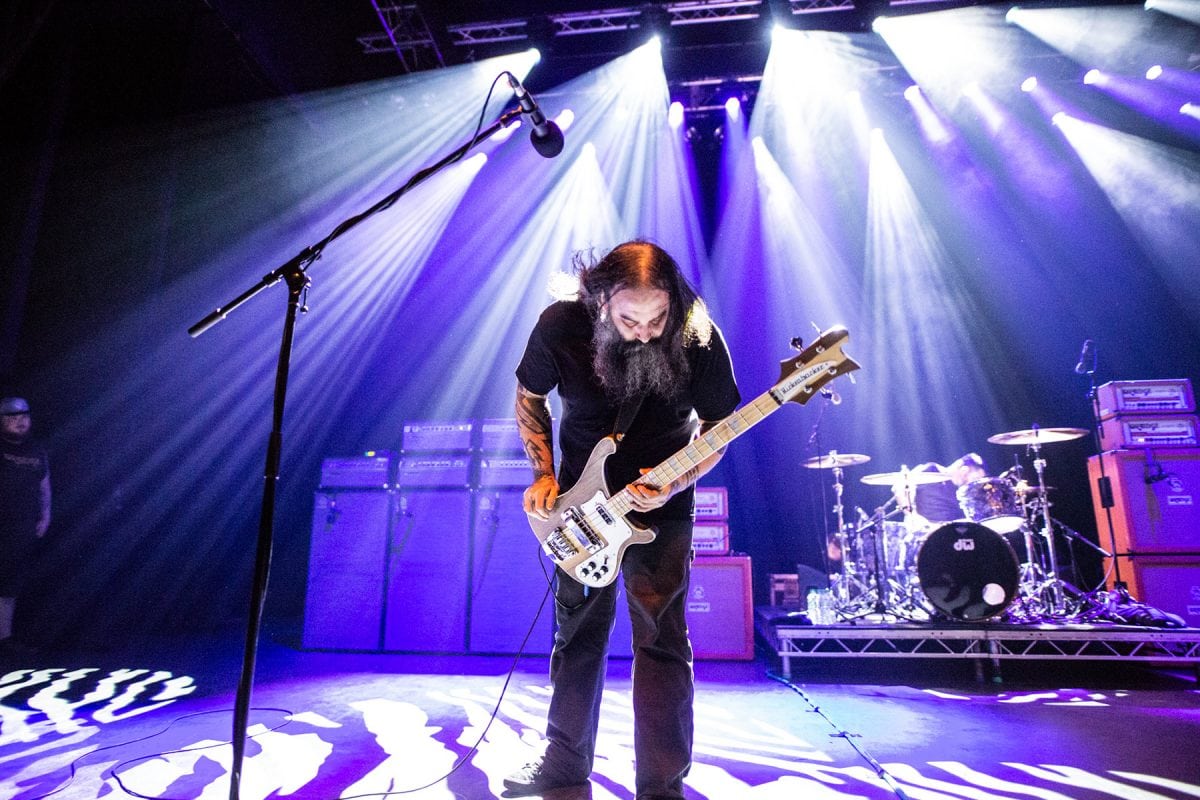 The familiar beeps of the Apollo mission herald the arrival of the Californian trio, heightening an already simmering level of anticipation. They come out to uproar, and set to work with a towering ‘Marijuanauts Theme’. The ever-shirtless Matt Pike’s shrieking solos take flight like a psychic bird of prey unleashed, soaring aloft before diving into the crowd to melt some faces. The leather gloved hand of the rhythm section beckons back, and the trio lock in as one constantly shifting entity. Jason Roeder mauls his kit like a majestic animal, pummelling snare and toms before switching to effortlessly subtle touches of cymbal, a constantly evolving and organic groove like a beating heart. 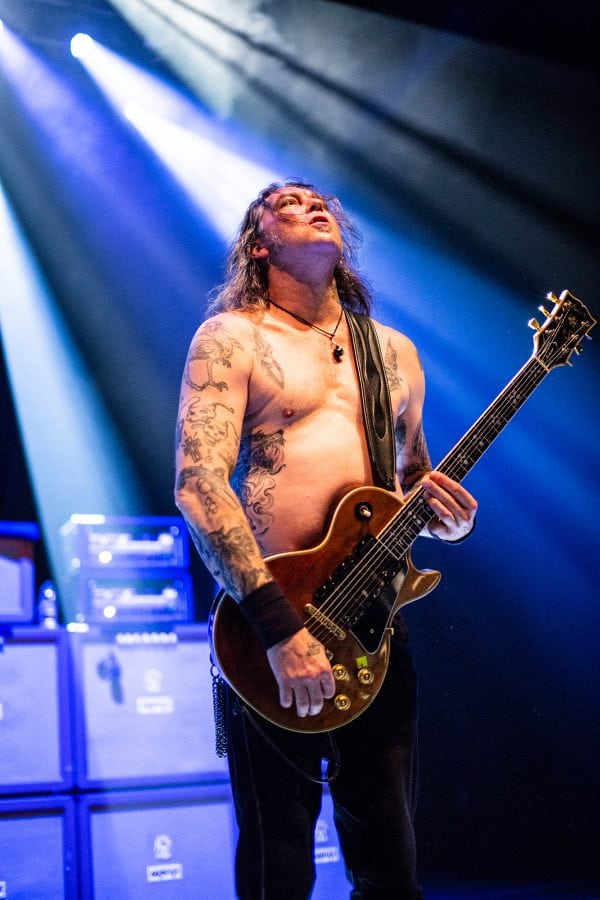 If Roeder is the heart, Al Cisneros is the backbone – his throbbing bass swings providing constant forward momentum, his smoky vocals a druidic cant acting as punctuation. It’s truly astounding to see the three of them spiral off into independent instrumental vortices while still maintaining the same bearing. A gloss of phasing bass brings the mood down low, a moment of respite in the hinterlands of riff, the trio’s riffs throbbing with energy even when distilled alchemically into their most base forms. Their set is an experience for all the senses – the literal smell of pot smoke rising from the crowd, the heat from the amps like a crucible, lights shimmering like kindling stars, and the wall of sound like a physical presence. 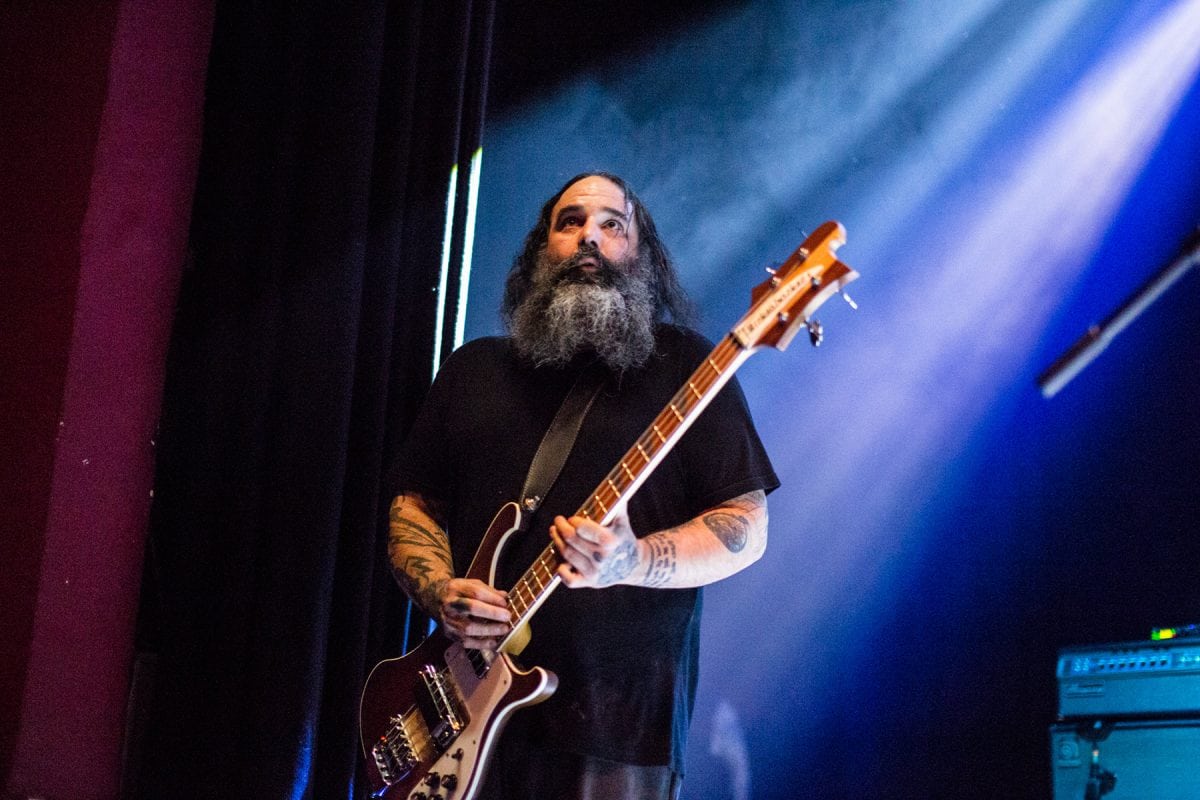 Classic cuts like the majestic ‘Holy Mountain’ and the vibrant ‘Dragonaut’ are given new power when set next to material from their recent surprise release, ‘The Sciences’. Arguably, this is Sleep at the height of their weedwizarding powers, bending elemental riffs to their will with the ease born of a life of musicianship. It’s not many bands whose career maintains such an upward trajectory. It’s not many bands who are Sleep.