Electric Ballroom, London12/04/2019Support: Old Man GloomPictures: Graham Berry (@blktphotography) The tragic and unexpected death of Caleb Scofield just over one year ago united a community the world over in shock and grief. It was a reminder not only of the brutal nature of life, but of the transcendent and lasting impact of music – of […] 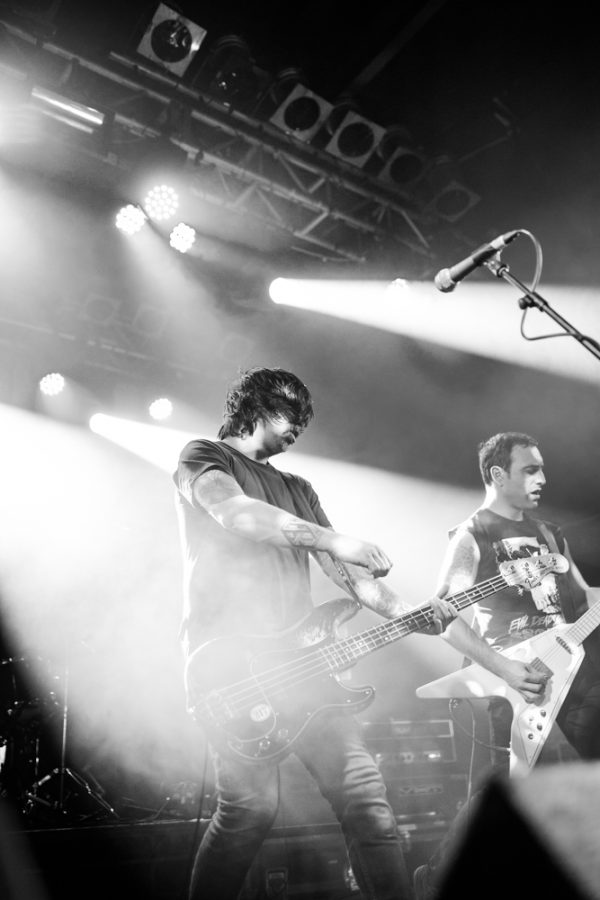 The tragic and unexpected death of Caleb Scofield just over one year ago united a community the world over in shock and grief. It was a reminder not only of the brutal nature of life, but of the transcendent and lasting impact of music – of a legacy that persists in hearts minds and ears hereafter. That fans would take the opportunity to celebrate Scofield’s life and music was natural; that his bandmates would feel a drive to tour again, and tour far from home, a testament to both the bond they felt with their fans and the power of love and music to heal.

The Electric Ballroom is suffused with an atmosphere of excited anticipation, a keenness to witness a rare (and possibly final) performance from bands whose performances on our shores were already all too rare. Alas, temporal distortion pays no heed to the historic; doors are obnoxiously early due to the Ballroom needing to transform from venue to nightclub before the witching hour (which seems unfair on the fans who don’t have the luxury of living in Zone 5, but c’est la vie).

Thus we miss Kent post-metal maestros Bossk, which is a true shame as their spiralling blend of ethereal lightness and ballsy grooves would have acted as the perfect ease in to the evening; like placing a velvet blindfold around the eyes before the sheer cinder block of Old Man Gloom’s rhythmic bludgeoning fully connects with the audience. A creeping soundscape riles up the audience before the simian sludge slingers take to the stage, wasting no time in conjuring huge, jarring chords that bear Aaron Turner’s guttural, primal barks aloft. Santos Montano is unstoppable from the off, tom heavy drums ringing out tribal Cro-Magnon rhythmic barrages as grinding riffs reverberate shins. There’s a lingering, sucking noise scape between tracks, leaving no respite from skittering guitars and doomy chords. Stephen Brodsky holds bass aloft triumphantly amid syrupy grooves, striding riffs and dominant rhythms. Although the bands’ predatory lumbering is dogged a little by a mix that is perhaps a little too ‘safe’ in the decibels, when the triple threat of ‘Gift’, ‘Sleeping With Snakes’ and ‘To Carry The Flame’ roar into life this is swiftly forgotten. Lethal, destructive, colossal, there’s an ancient and physical sense of catharsis and unity behind Old Man Gloom’s set tonight.

If Old Man Gloom’s set could be said to embody the ‘Anger’ stage of the Kubler-Ross model, then Cave In’s more closely resembles ‘Acceptance’. The rolling snares and glitch guitars of ‘Luminance’ amp up an already excited crowd, bursting jubilantly into the songs main riff, back by Nate Newton’s fat bass tone. Stephen Brodsky is in full voice tonight; his soaring vocals are strong, pure yet fragile in the face of the shifting melee of riff and rhythm. Spears of feedback flash like the bright white of the stage strobe as the band pass through the restrained melodiousness of ‘Dark Driving’ via the snarling metalcore of ‘Juggernaut’, into the heady, bright stoner drives of ‘Summit Fever’. It’s a tour through the band’s formidable discography, encompassing all of their modes, from lilting melodies, stomping rhythms and throat-tearing hardcore, woven through with an irresistible undertow of groove pitted against Brodsky’s soaring voice. John-Robert Conners is a revelation; his fantastically restless and equally breathless performance breathes life into every song the band turn out tonight, his boisterous fills and tom-heavy breaks truly impressive. Commanding light and dark, the band ascend to an awesome rendition of ‘Sing My Loves’ that has the crowd doing just so, soaring ever upwards and rapturously owning the room.

Brodsky brings the curtain down with the heartfelt assurance that ‘Caleb loves you’. It would have been all too easy (and understandable) for the evening to pivot on tragedy, to rest on grief and introspection. It would have been even easier for a night like this not to happen at all. But tonight was worthy tribute; a focus on unity, on reflection of a life and career that touched many others, a shared catharsis by those on and off stage, a celebration of a musical legacy. Light and healing through love and, most vitally, music.