Venue: Heaven, London 15.2.18 The cavernous, lightless depths of London’s Heaven are more than fitting surroundings for the dual headlining tour of Boris and Amenra, two acts renowned for their sheer sonic intensity. The venue’s vaulted ceilings and towering stage are an apt visualisation of the lofty esteem that they are held in by the […] 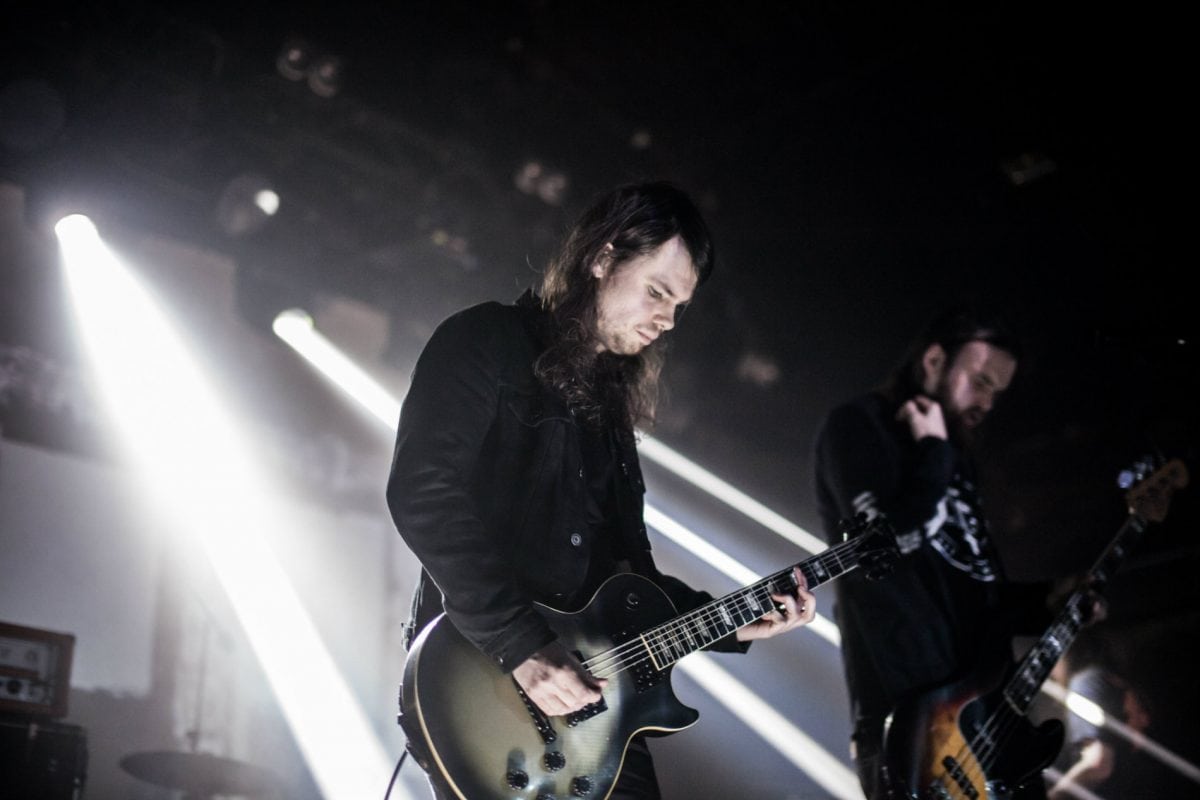 The cavernous, lightless depths of London’s Heaven are more than fitting surroundings for the dual headlining tour of Boris and Amenra, two acts renowned for their sheer sonic intensity. The venue’s vaulted ceilings and towering stage are an apt visualisation of the lofty esteem that they are held in by the extreme music community, and its performances like tonight’s that remind us why their elevation onto such a high pedestal is deserved.

Of the two, drone demigods Boris probably boast the most diverse cross section of worshippers, and it’s not just the metal faithful who are drawn down to witness their ethereal brand of sonic sorcery. Blinding strobe flashes punch through the darkness, the interplay between light and its absence mirroring the bands grinding dynamic shifts. Whether it’s the particular acoustics of Heaven’s arches, or the fuck off massive sound system, Boris are loud, bludgeoning all senses with their dense and hypnotic moodscapes. 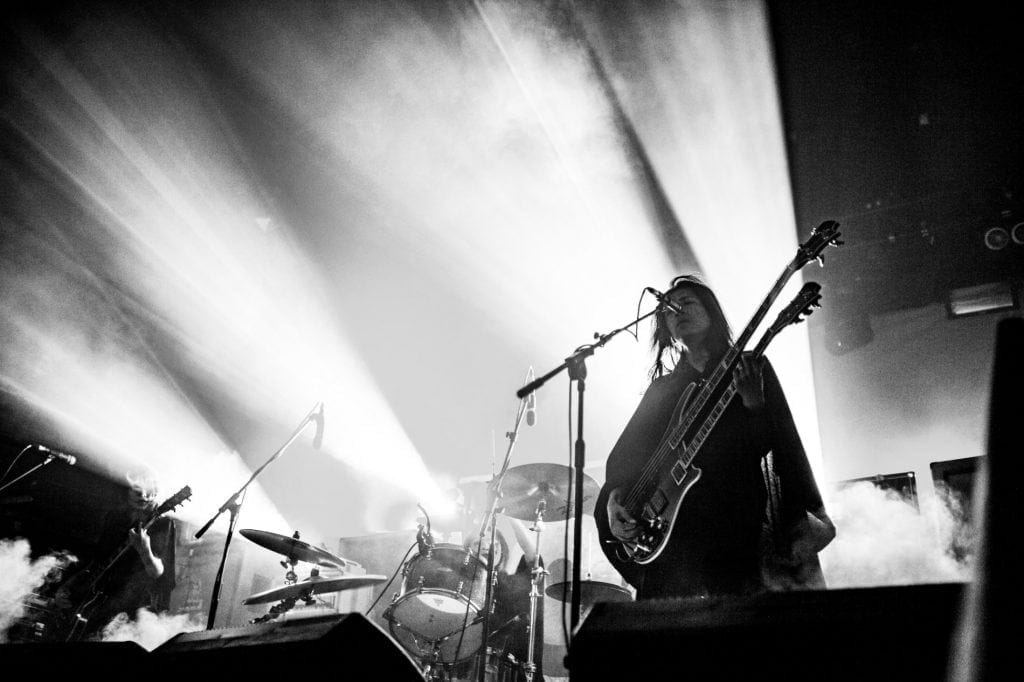 Takeshi Ohtani’s vocals drift languidly atop waves of dense fuzz and roiling feedback, Wata’s dramatic guitar work underpinned by Atsuo Mizuno’s fluid and organic drums. Few bands could backdrop their set with a massive gong and not look ridiculous, but when Mizuno uses it to send out shuddering waves of sound, there’s no arguing, no choice but submission. With such a mammoth back catalogue, it’s a bold move to air 2017’s ‘Dear’ in its entirety, but with material as strong as ‘D.O.W.N – Domination of Waiting Noise’ and ‘Memento Mori’ it’s a gambit that will always pay off. They leave the stage, triumphant yet humble, having disorientated and delighted their audience equally. 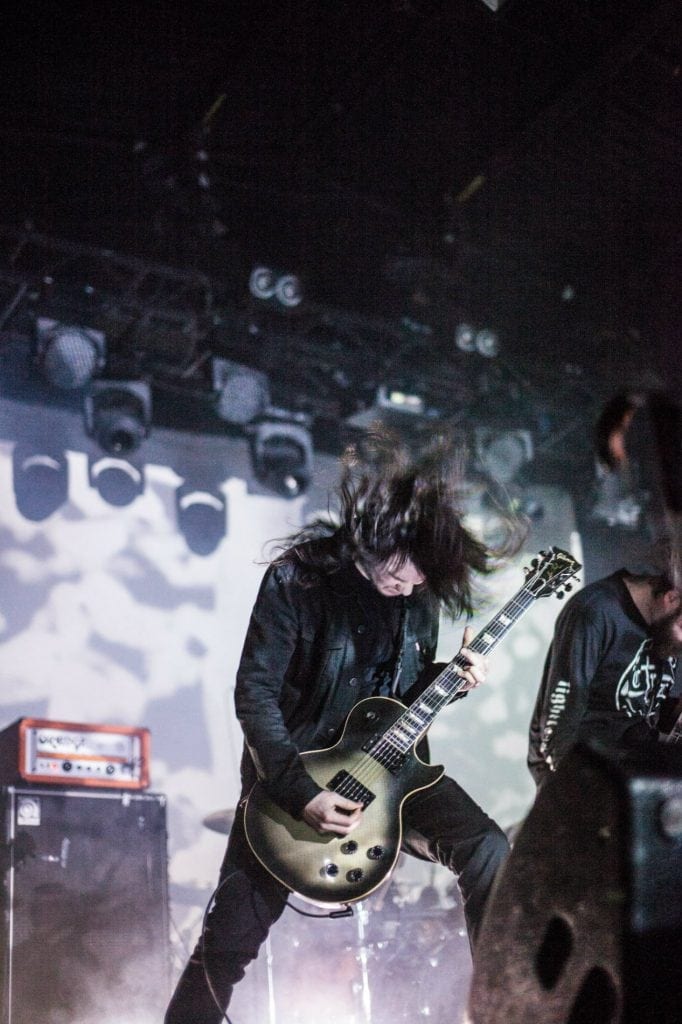 Despite releasing possibly the most refined and emotive album of their career in 2017’s ‘Mass VI’, Belgium’s Amenra don’t tread the same line as Boris with a full length airing. Instead, their set is a compendium of their strongest work. The ringing, sparse atmospherics of ‘Boden’ see the band slowly build to a near religious fervour before shifting into the slowly blooming ‘Plus Près De Toi (Closer To You)’, showcasing their sweeping grandeur and cinematic bleakness. ‘Razoreater’ detonates with acidic fury, Colin H. van Eeckhout’s blistering shrieks nigh inhuman in their ferocity. There’s a drive, a focus about Amenra live that very few bands can match – this is not a game, a passing distraction, this is a group with a single purpose reaching into the ethereal and channelling their will into manifest. 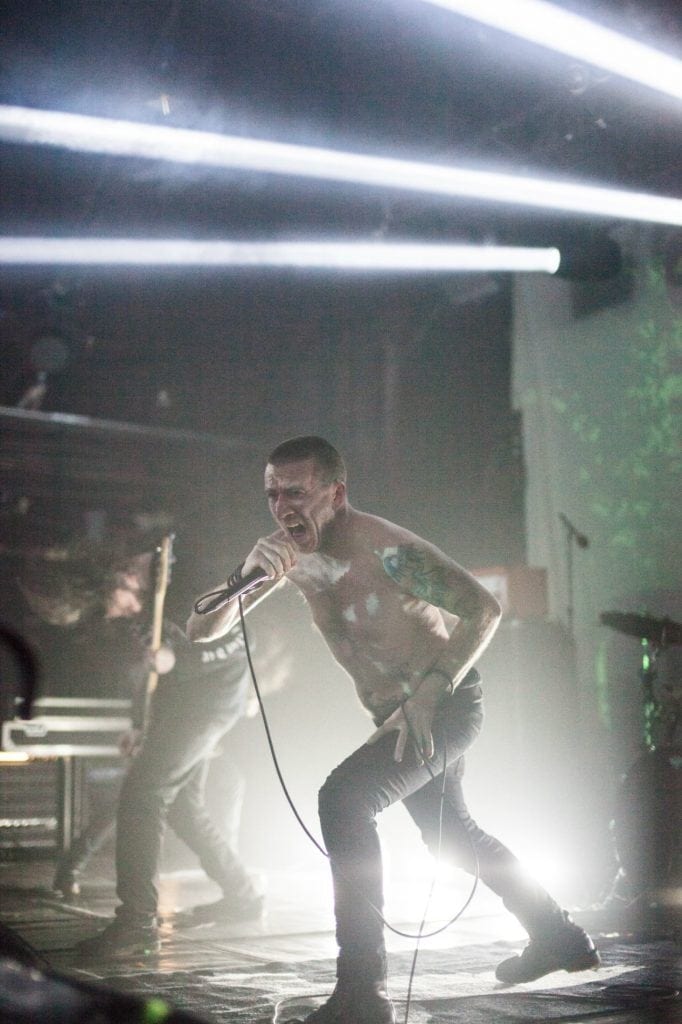 This is not a gig, in the traditional sense – van Eeckhout will never banter, or engage with the crowd; indeed, he spends most of his time onstage pacing, back turned. There’s a glorious separation as the band perform, and the audience watch, captivated, bear witness. But there is a sense of the communal, something irrevocably shared as the five piece display their collective soul. As the last notes of a victorious ‘Diaken’ flicker to a close and the lights come up, one truth is made clear – Amenra create a spectacle few can seek to match.